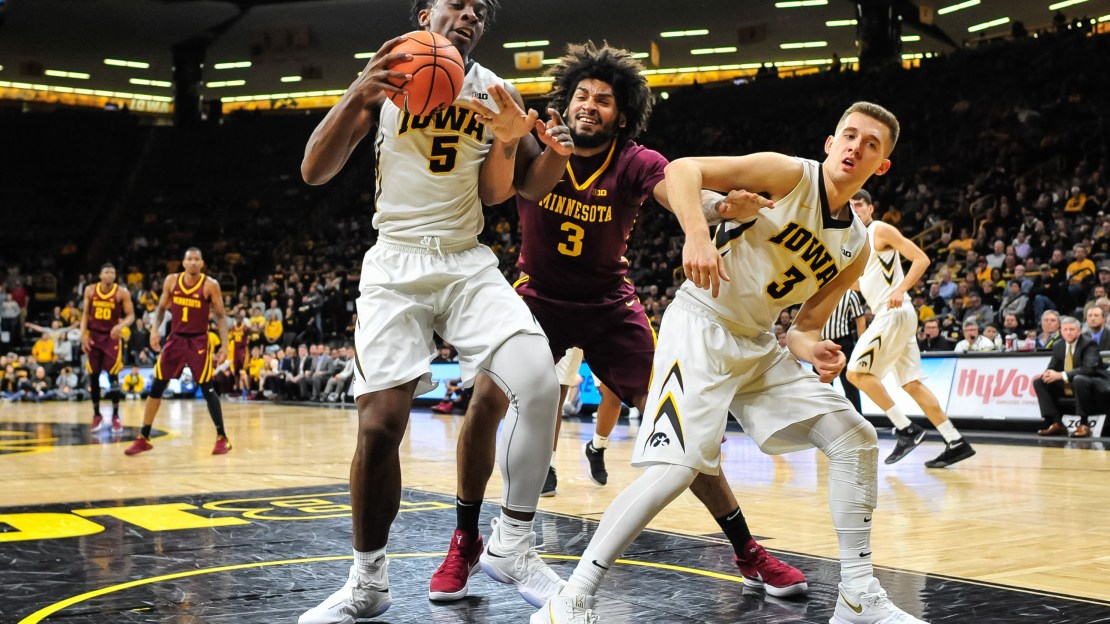 Tyler Cook scored 17 points with 10 rebounds and Isaiah Moss had 16 for the Hawkeyes (12-12, 3-8 Big Ten), who've split their last six league games after starting 0-5 in the conference.

The Gophers tried to keep pace, but the Hawkeyes caught fire from beyond 3-point range – at one point hitting five out of six in the second half to go up 70-58.

Jordan Murphy had 21 points and 17 rebounds and Davonte Fitzgerald scored 16 for Minnesota. Gophers sophomore guard Amir Coffey (14 points per game) sat out after tweaking his injured right shoulder in a loss to Northwestern last week.

Minnesota: The Gophers had their moments against one of the worst defenses among Power Five teams. But it was their own defense that lacked against Iowa, which shot 12 of 25 on 3s and 55 percent overall.

Iowa: The Hawkeyes have begun to get some traction as the league season drags on. It's far too late for them to actually push for an upper-division finish, but it's a good sign heading into 2018-19 – and this season started being about next season weeks ago.

The Gophers play at No. 24 Michigan on Saturday.

The Hawkeyes travel to Penn State on Saturday.