Dienhart: 8 most intriguing Big Ten games down the stretch 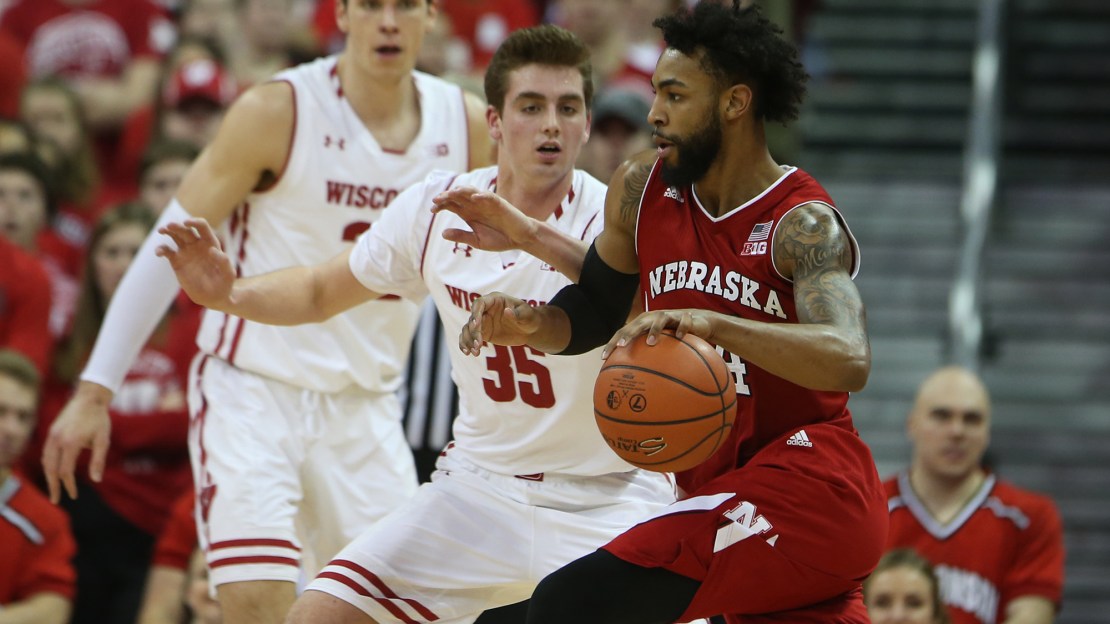 Come Thursday, it will be February. That means the Big Ten seasons is hitting the homestretch. Bottom line: It?s crunch time in the conference title race. And other teams are pushing for NCAA bids.

Ohio State has a series of big games left on the road: at Purdue, at Penn State, at Michigan and at Indiana. Can the second-place Buckeyes navigate that gauntlet? The league-leading Boilermakers have a visit from Ohio State and a trip to Michigan State on tap. The Spartans, sitting in third place, have the visit from Purdue and trips to Indiana and Penn State on the horizon.

Here is a look at the eight most intriguing games, in chronological order, left before the Big Ten tourney.

Michigan State at Indiana, Feb. 3. The Hoosiers are a handful when Juwan Morgan and Robert Johnson are clicking. Just ask Purdue. The Spartans will need to use their size advantage to get an edge in what should be a hostile environment in Assembly Hall. MSU will be coming off a visit from Penn State, which could be a taxing game for the Spartans.

Ohio State at Purdue, Feb. 7. This is the ?Big Ten Game of the Year," as the top two teams in the conference square off in their lone encounter of the season. Purdue is 10-0 in conference play; Ohio State is 9-1. Can the Buckeyes escape hostile Mackey Arena with a win? The last team to do so was Minnesota on Jan. 1, 2017. And it took overtime. The Boilermakers have won a national-high 17 games in a row, last losing on Thanksgiving. And they are riding a 12-game Big Ten winning skein. This also is a battle between the two best players in the Big Ten: Purdue?s Vincent Edwards vs. Ohio State?s Keita Bates-Diop.

Purdue at Michigan State, Feb. 10. This should be a doozy and looms as the most daunting tilt left on the Boilermakers? schedule. The Spartans are playing some of their best basketball of the season, rising to No. 5 in the polls behind a roster many have dubbed ?Tom Izzo?s most gifted.? That?s saying a mouthful. Michigan State has no wiggle room, as it already has two Big Ten losses-falling at Ohio State and to Michigan in East Lansing. If the Boilermakers emerge from the Breslin Center with a win to remain unbeaten, you have to like their chances to finish the Big Ten season 18-0. No league team has done that since Bobby Knight?s Hoosiers in 1975-76 during a 32-0 national championship season.

Ohio State at Penn State, Feb. 15. The Nittany Loins have sprung to life with the return of Josh Reaves from an academic suspension. This is suddenly a dangerous team that looks capable of fulfilling the NCAA tourney expectations many had for it prior to the season. Tony Carr, Lamar Stevens, Mike Watkins and Reaves make Penn State formidable. Ohio State wants revenge after suffering its first Big Ten loss of the season on a last-second shot by the Nittany Lions last week in Columbus in what to date has been the most exciting game of the Big Ten season.

Ohio State at Michigan, Feb. 18. These fierce rivals look like NCAA locks. But for the Buckeyes, a win is needed to keep them in the Big Ten title chase. Ohio State beat Michigan earlier this season in Columbus. Can the Wolverines contain Keita Bates-Diop? A Michigan win would be a big boost to its NCAA seed stock.

Michigan at Penn State, Feb. 21. This is the only meeting between these schools. And it shapes up as a biggie, as the Nittany Lions are breathing down the neck of the Wolverines in the Big Ten standings. For Michigan, this game comes on the heels of a visit from Ohio State.

Ohio State at Indiana, Feb. 23. The Hoosiers have proven to be a tough out at home, as they played No. 1 Duke and No. 3 Purdue close. And Indiana knocked off a good Notre Dame team on a neutral court. The bottom line: IU could be a dangerous foe for a Buckeyes squad that will need to be on upset alert in a clash between first-year coaches Chris Holtmann and Archie Miller.

Penn State at Nebraska, Feb. 25. Could this be a de facto NCAA play-in game for two upwardly mobile programs? Each needs to play well down the stretch, especially the the Nittany Lions, who have a grueling renaming schedule. Is Nebraska the fourth-best team in the Big Ten? Perhaps. It will need to protect its home court in this regular-season finale vs. a talented and underrated Nittany Lions squad.