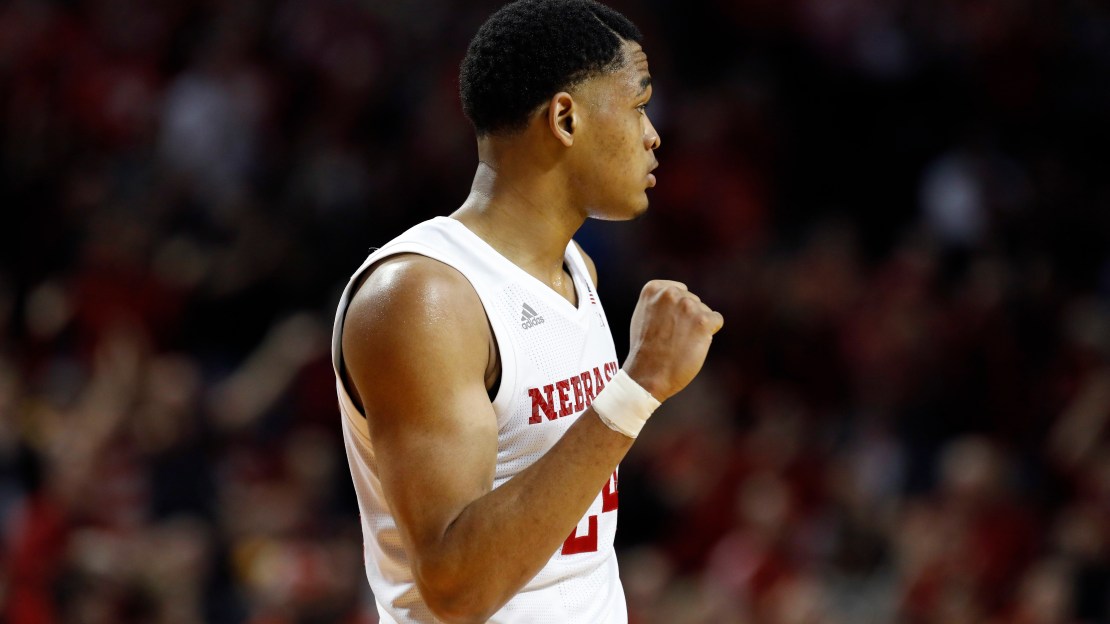 The predictability of Big Ten games has always been an impossible task. In conference play there are no guarantees that the "better," or at least more talented, team will always win. While this fact may lead some outside of the Big Ten to question its strength, I'd argue this is why the conference is so good.

With what I've referred to as an elevated basement this season, the level of competitiveness is at an all-time high. In studio, we've been saying all year that Illinois is the best 0-5, 0-6, 0-7, 0-8 and now 1-8 team that we've seen in years. Following Michigan State's win at Illinois, Tom Izzo confirmed this, calling the Illini the best 0-8 team in the world, and perhaps proving there's no easy win game in the Big Ten.

As for my latest Big Ten Power Rankings, presented by ArcelorMittal, here's how I see it:

1. Purdue (21-2, 10-0). The Boilers exposed some vulnerabilities against Michigan and Indiana, but great teams always find a way to win. As good as the Boilers have been, they need to stay focused on closing out conference play strong and avoid the distraction of the much-deserved national attention.
Last week: 1

2. Michigan State (20-3, 8-2). Although the Spartans have had to grind out some victories, I am beginning to see this team separate themselves and elevate their game once again. One of the biggest keys will be Miles Bridges being balanced on offense. His shot has looked good, but he's got to be able to be effective from the perimeter and at the rim.
Last week: 3

3. Ohio State (18-5, 9-1). The Buckeyes looked human against Penn State, and that last-second loss will test their confidence. It won't change the approach for Chris Holtmann and crew as the focus has always been on what they can control and nothing else. Keita Bates-Diop is still the easy pick for Big Ten POY.
Last week: 2

4. Michigan (17-6, 6-4). If anyone is going to have an issue with this placement, it should be Nebraska fans. The Huskers are playing at a high level, but I still think the Wolverines are a more complete team at the moment. The key for John Beilein and this team is to keep improving. That's what they do every year, and the hope is to be in the best position possible to make a run in postseason play.
Last week: 4

5. Nebraska (16-8, 7-4). I'm no expert on the quadrants, RPI, SOS and whatever else the committee looks at for the selection process in March. From what I see and what I know, this is a NCAA tournament team — a dangerous tourney team, at that. To ensure their presence in the brackets, the Huskers will have to finish strong, as there's not a game left on the schedule against any team above them in the standings. Four of its final seven are at home, where Nebraska has one of the best homecourt advantages in the conference.
Last week: 6

6. Penn State (15-8, 5-5). The win over Ohio State was a much-needed victory for Penn State, and it proved it is a much better team with Josh Reaves in the lineup. I've got the Nittany Lions at 6, at the moment, but they've got (possibly) the toughest schedule to close out the season with games at Michigan State, vs Ohio State, at Purdue, vs Michigan and at Nebraska.
Last week: 9

7. Indiana (12-10, 5-5). The overall record is not strong for the Hoosiers, but the product on the floor is something to get excited about. With Juwan Morgan having a first-team All-Big Ten season, the rest of the team is playing with confidence. This undersized team is taking on the personality of the Archie Miller I know, and that's a fearless competitor who does not know how to accept defeat. They played inspiring basketball against Purdue on Sunday.
Last week: 7

8. Maryland (15-8, 4-6). The Terps are still an impressive team, but they've got some work left to do. Although they head to Purdue on Wednesday, there are winnable games left on the schedule. The potential is there to avoid having the season defined by injuries. If balance can be achieved, the season will be defined by their response to adversity and not just the adversity they've faced.
Last week: 5

9. Northwestern (13-9, 4-5). If I were an opponent of the Wildcats, I'd be sure to take them seriously. They've found confidence in the matchup zone, and the seniors will play with a sense of urgency as the end of the road is nearing quickly. It has been a challenging year for many reasons, but none of those matter anymore. The personnel and potential is there to make a push to get back to being a top 6 team in the conference standings.
Last week: 8

10. Minnesota (14-9, 3-7). The Gophers have a lot to figure out if they want to finish the season strong. This is clearly not the same team they had when the season began, but that can no longer be the focus. Nate Mason and Jordan Murphy will have to lead the team in every way to finish competitively. If Murphy and Mason play with great energy and set the tone, that will give them a chance to win games down the stretch.
Last week: 10

11. Wisconsin (10-12, 3-6). I've been saying this all year, but I feel like it has to be reiterated: This is clearly a rebuilding year for Wisconsin. It's hard to accept that with a guy like Ethan Happ on the floor, but the rest of the team (forget all of the injuries) is simply at the point of figuring out who they are and what they can do. An off-season of working together will bring drastic changes, however it's no reason to count out their ability to win games. When the Badgers shoot the ball well from the perimeter, they give themselves a chance to win.
Last week: 11

12. Rutgers (12-11, 2-8). The Scarlet Knights seem to do exactly what you'd think a team in the building process would do: They look great at times but struggle to find consistency. The potential for this team to be competitive is there, but the Big Ten season is brutal if you can't bring consistent effort and execution. Every Big Ten coach I've talked to has been impressed with the job Steve Pikiell has done, but I feel like there's much more to come for Rutgers in the future.
Last week: 12

13. Iowa (11-12, 2-8). The Hawkeyes have an incredible amount of talent, a balance of size and skill and off-the-charts potential. They just don't have the intangible guys like an Anthony Clemmons or a Mike Gesell to set the tone on both sides of the floor. Scoring the basketball is not the issue, it is all about defensive intensity and a commitment to winning your battle. It is not a system issue, it is an issue that falls on the players on the floor.
Last week: 13

14. Illinois (11-11, 1-8). The intensity, the buy-in and the passion with which this team plays has excited me about the potential of this program. The Illini fan base has been terrific as the product on the floor is something to get behind and excited about. I don't expect to see the Illini in the bottom half of the conference standings for long. Whether it looks like it or not, the glass is more than half-full in Champaign.
Last week: 14