Big Ten primer: It's a big week ahead for Indiana 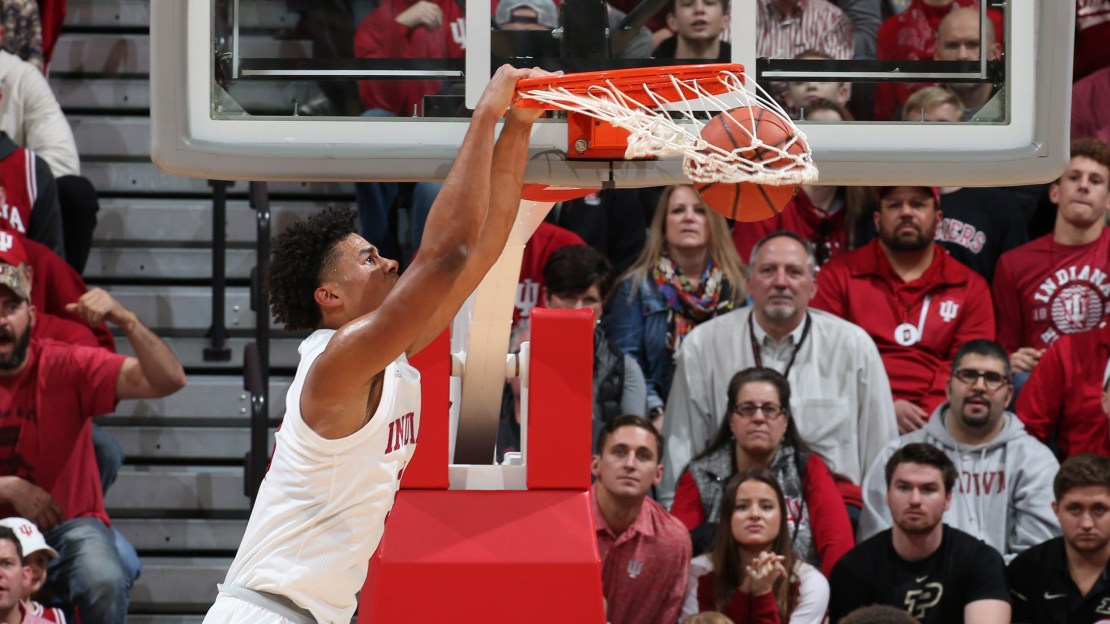 Some interesting games dot the Big Ten schedule this week, as January melts into February. Can Purdue improve to 12-0 in league play as it plays host to Maryland and goes to Rutgers? The last Big Ten team to open with that many conference wins was the 2004-05 Illinois squad that began league play 15-0 before losing its Big Ten finale.

Game of the week: Penn State at Michigan State, Wednesday. The Nittany Lions have a lot of bite now that Josh Reaves is back from suspension (academics). Last week, Penn State stunned Ohio State in Columbus, handing the Buckeyes their first Big Ten loss. And Reaves was key. This is a talented team that is playing with a sense of urgency, winners of three of five behind the play of Reaves, Tony Carr, Lamar Stevens and Mike Watkins. Michigan State won three games last week as it remains in the thick of the Big Ten race. This is hailed as the most gifted team of the Tom Izzo era. Can MSU remain focused amid off-court tumult?

Don?t overlook this game: Indiana at Ohio State, Tuesday. The last time out, the Buckeyes lost at home to Penn State. It was Ohio State?s first Big Ten loss of the season. How will the Buckeyes respond? The Hoosiers have shown an ability to play good teams tough, losing close games to Duke, Louisville and Purdue. And this is an IU team that has a sense of urgency as it battles for its postseason life.

Must win: Nebraska at Wisconsin, Monday. The Cornhuskers are playing well, as they look to augment their NCAA resume. No doubt, a win in Madison, a very tough place to escape victorious, would be big. Nebraska has won four of five games and is looking for its first Big Dance bid since 2014. The Badgers? season is slipping away, as they have lost five of six and will likely see a 19-year NCAA tourney run end. Injuries to guards D?Mitrik Trice and Kobe King have hurt. UW isn't up to its usual standards; Nebraska can't let this one slip away.

Best individual matchup: Penn State?s Mike Watkins vs. Michigan State?s Jaren Jackson Jr., Wednesday. It doesn't get much better than this matchup down low in the Big Ten. The former, a double-double machine, is fresh off a career-high 19-rebound effort, while the latter is the Big Ten's top NBA prospect and a highly productive player (11.8 ppg; 6.5 rpg; 3.4 bph) who just needs to avoid foul trouble.

Upset alert: Northwestern at Michigan, Monday. The Wildcats could take down the Wolverines when they visit Ann Arbor. Northwestern has been a disappointment this season a year after earning the program?s first NCAA bid. A win at Michigan would do wonders for NU?s confidence as it hits the homestretch of the season. The Wolverines need to protect their homecourt as they continue to build a strong postseason resume. Will they overlook Northwestern?

Big week: Indiana. The Hoosiers? season may be on the brink. This week may go a long way in telling us if Indiana is a postseason team. The Hoosiers open the week with a game at Ohio State on Tuesday. Then on Saturday, Michigan State comes to Bloomington. Both the Buckeyes and Spartans are legit Big Ten contenders. A win over either would polish a lackluster IU resume.