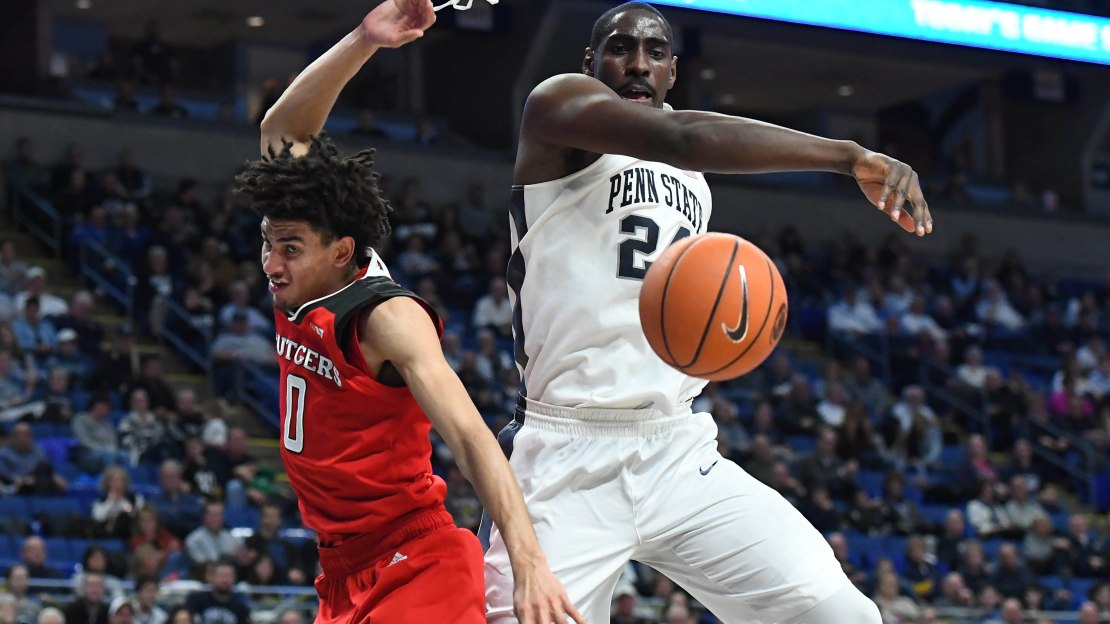 (AP) Patrick Chambers was admittedly skeptical his team would be able to maintain the pace it used to pull off a buzzer-beating win at Ohio State just two days before.

It didn't take long for Penn State players to ease their coach's nerves.

"Playing Rutgers is extremely difficult," Chambers said. "They make you grind and they make it ugly, and for the first half they did."

"We needed to just keep grinding in this game," Rutgers coach Steve Pikiell said. "We couldn't make a shot. It kind of got away from us."

After nine lead changes in the opening 17 minutes, Penn State took the lead for good after Watkins hit a short jumper to spark a 7-0 run. Carr, who's last shot against the No. 13 Buckeyes lifted the Nittany Lions to an 82-79 win, capped it with back-to-back baskets to give Penn State a 28-23 lead at half.

Penn State pulled away in the second half with an opening 9-0 run and extended its lead to as many as 18 with 2:34 to play.

When Watkins is dialed-in, he's tough to stop. That requires him having a positive mindset, though. He got off to a tough start missing a free throw in the opening minutes. "Sometimes he gets frustrated and a little emotional," Chambers said. "When he misses free throws, he can't get that out of his head."

But as Chambers continued to call his number, Watkins found his game. He pulled down 10 of his boards in the first half, including eight off the defensive glass while the Scarlet Knights managed just one offensive rebound in the first 20 minutes.

He snuffed out Rutgers possessions with 14 of his rebounds on the defensive end and his eight offensive rebounds contributed to Penn State's 12-0 advantage in second-chance points.

The Nittany Lions look like a totally different team with Reaves – a player that adds versatility on both ends – in the lineup.

He's got double-digit points in each game he's played since returning from a four-game suspension for academic reasons. He added four steals and moved into 10th all-time on Penn State's steals list with 138.

"He wasn't going to let us lose that game," Chambers said. "His energy I think filtered through those four guys."

Rutgers: The Scarlet Knights have played good defense this season, but they're not helping themselves on the other end. Rutgers has shot better than 33 percent from the field just once over its last five games, entered the Bryce Jordan Center ranked last in the Big Ten in scoring and field goal percentage, and began this one 3 of 15 over the first 10 minutes.

Penn State: Coupled with the buzzer-beater at Ohio State, the win gives the Nittany Lions their first set of consecutive victories since winning three straight in December. They're suddenly, with eight games left, just two conference wins away from equaling their best mark in Chambers' seven-year tenure.

Rutgers travels to Illinois on Tuesday.