A Nebraska clinic is training law students to be voices for the vulnerable: BTN LiveBIG 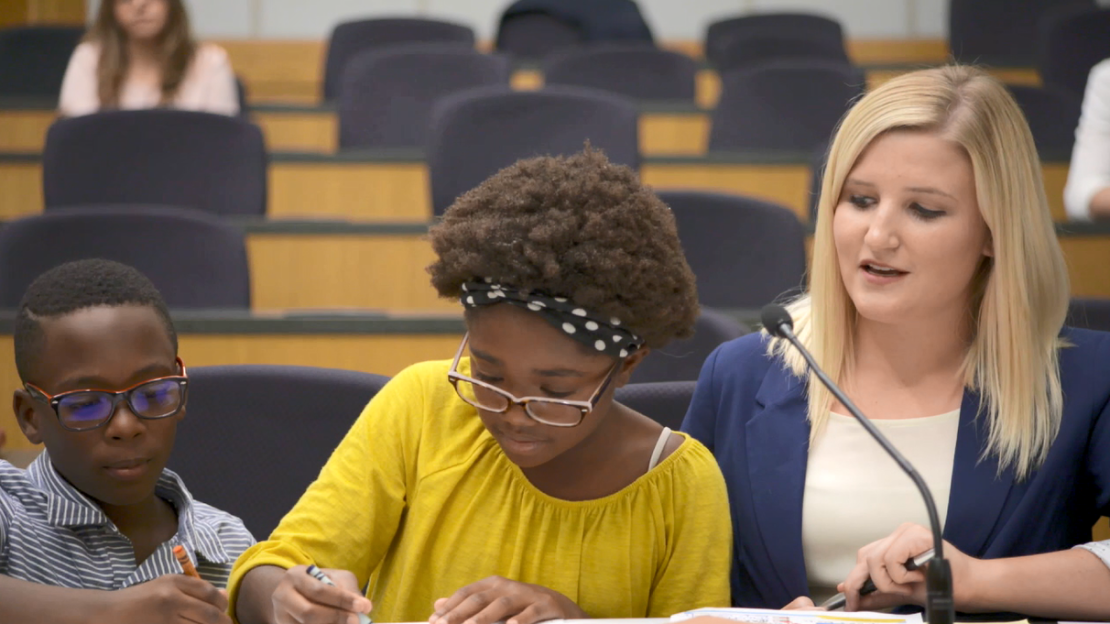 The role of the Guardian ad litem in the judicial system is an exceptional one. In the state of Nebraska, Guardians ad litem are attorneys specially appointed by the court to safeguard the interests of minors in cases intrinsically involving children.

?I view the Guardian ad litem as being the court?s eyes and ears, because we, under the law, have given them great power to investigate and gather information, then report back to the court on their position on what would be in a child?s best interests,? explains Hon. Roger Heideman, Presiding Judge of the Separate Juvenile Court of Lancaster County, NE.

It is a huge role; one that involves not just the myriad skills needed to be an effective attorney, but a strong sense of empathy for the struggles that the children face, according to Michelle Paxton, director of the Children?s Justice Clinic at the University of Nebraska.

?If you?re serving as a Guardian ad litem, you need to understand the dynamics of domestic violence on the family and how domestic violence impacts a very young child or the trauma that children experience when their parents are using illegal substances,? she notes.

Paxton, who herself has served the state as a Guardian ad litem, recognized the major shortfall that Nebraska, like many of other states, faced in training and retaining lawyers with the unique skillset required by the position. To counter that deficit, the Children?s Justice Clinic was formed within the University of Nebraska College of Law to train third-year law students to serve as Guardians ad litem, under the guidance of a supervising attorney, in actual court cases. The program was launched and began taking on cases in the fall of 2017.

The students receive training from experts on how to identify and understand the complex circumstance that families are involved in that they often don?t learn about in law school. From interviewing young children who may not be able to articulate their needs to understanding mental health assessments to establishing individual care and education plans, the students are charged with navigating a complex system for their vulnerable clients.

?These children are involved in a system that is scary and unknown to them,? says Paxton. ?They didn?t ask to be part of this. They?ve suffered abuse and neglect through no act on their part. Now, they?ve been brought into this system that involves multiple people, a great many strangers. Their Guardian ad litem can be the one person who will constantly be advocating for what they need.?

Paxton points out that one of the paramount goals of the Guardians ad litem is to understand the broad and mutable definition of what a family is and how important maintaining family structure is to young children, even if that means working to repair a child?s connection with a parent who may be struggling issues of addiction or mental health.

?You have to believe people can change and believe that family, at the core of it, is extremely important and that families come in all sorts of forms,? she says. ?You have to ask, ?How can we help those families remain a family???

For Nebraska law student Emron Mangelson, the choice to become a Guardian ad litem was clear. He received an email alerting him to the opportunity while he was at home playing with his children.

?I remember reading about the intent of being able to represent children in the legal field who had experienced trauma, abuse, and neglect,? says Mangelson. ?These are things that no adult wants to have a conversation about, much less a child experience. I was struck because my son was sitting there playing at my feet, and I thought, what if it was him? Is he really that much different from his peers? I just remember feeling this calling to be able to serve these children.?