How Minnesota gave Wendy Eickhoff her voice back: BTN LiveBIG 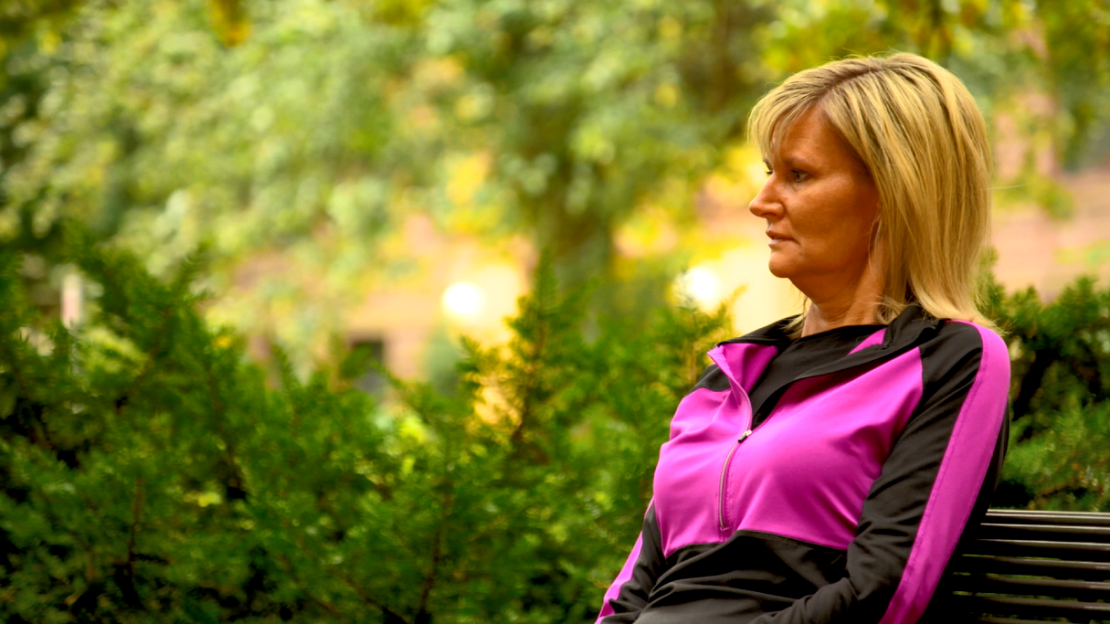 In January of 2016, University of Minnesota alum Wendy Eickhoff?s family started to notice something was different about her.

A buoyant spirit, Wendy was always on the go, always active, says her son Nick, who is currently studying computer science at Minnesota. ?She always enjoyed things like competition; she enjoyed sports, she played tennis and always loved to ski. She was always a very lively person and always super happy. She just wanted to have fun and enjoy life.?

Nick notes that another distinguishing characteristic of his mother was her loquacious nature. She never shied from conversation. So, when she began to slightly slur her words, her family took note.

?It was very subtle, but it was noticeable,? says Nick. ?[My parents] went to see the doctor, and they ran tests for several months to eliminate different things. Eventually they eliminated all the other possibilities.?

In November of that year, the family received the crushing news: Wendy had Amyotrophic Lateral Sclerosis (ALS), commonly known as Lou Gehrig?s Disease.

ALS, a neurodegenerative disease, attacks the neurons that control motor function, resulting in stiff muscles, weakness and gradual paralysis. Slurred speech is also a telltale sign of ALS, eventually rendering those stricken unable to speak. This aspect can be particularly devastating, and many with the disease turn to synthesized voice programs to communicate.

Shortly after her diagnosis, Wendy contacted the ALS Association of Minnesota for more information about living with the disease. It was through the organization that she learned of many resources for ALS sufferers, but one in particular stuck out.

At the University of Minnesota Department of Speech-Language-Hearing Sciences? Voice Banking initiative, speech pathologists are recording the voices of those with ALS and other neurodegenerative diseases. Cutting-edge technology allows them to turn those recordings into customized text-to-speech programs. Users type out what they want to say on a screen, and the program converts the text in an audible voice modeled on their own.

?Something that would keep her voice around was really important to her,? says Nick. ?She wanted to have that to be able to communicate with people and still be a part of the conversation.?

Wendy always loved to be back on Minnesota?s campus, finding the atmosphere to be vibrant, says Nick. As he had class nearby, he would often join his mom for her recording session. In a sound-proof booth, Wendy would carefully repeat an assortment of words representing a range of sounds. She was even able to record phrases that she commonly used in her day-to-day life.

?Whenever my mom would wake up my sister,? remembers Nick, ?she would always say ?Good Morning, Sunshine.? That?s one thing that she specifically asked to record, because she wanted to still be able to say it to her.?

Unfortunately, in October of 2017, Wendy Eickhoff lost her battle with ALS. Yet, while she was fighting the disease, she maintained her indomitable spirit, and that was aided in no small part by the strength she derived from having her own voice, affirms Nick.

?It?s amazing just what the disease takes from you,? he says. ?So, to have one of those things brought back or extended is beyond comforting. There?s no other way to describe it, other than the Voice Banking program is such a remarkable, thoughtful, and just wonderful thing for such a difficult experience.?

Moreover, Nick notes that the program is indicative of the culture of care incumbent to Minnesota?s mission. ?The University of Minnesota definitely understands the importance of helping real people. They use their resources to do what's best for those around them, and I am so thankful for the university. I want to thank them for everything that they've done for my mom and for us They clearly understood and cared about the situation that we were in and helped my mom, as best as they could, while she had her disease.?