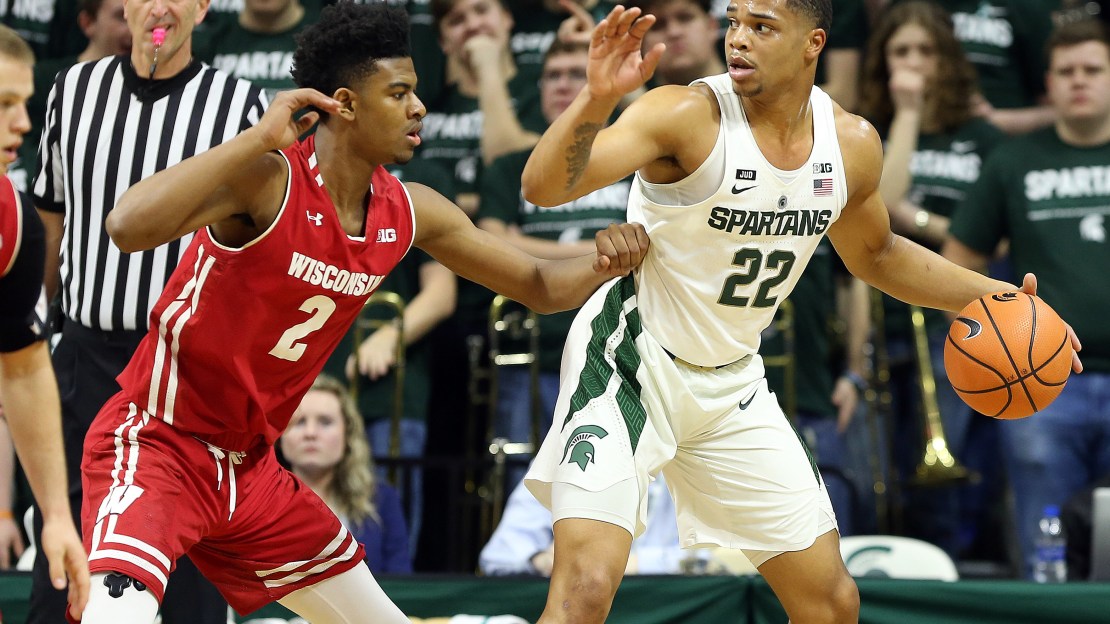 EAST LANSING, Mich. (AP) – Miles Bridges scored 24 points and No. 6 Michigan State beat the Wisconsin Badgers 76-61 on Friday night, less than 12 hours after athletic director Mark Hollis announced his retirement amid the outcry over how the school handled allegations against Larry Nassar.

The Spartans (19-3, 7-2 Big Ten) have won three straight after losing two of the previous three games.

The court was surrounded by a sea of teal T-shirts worn by students, hoping to raise awareness about sexual violence.

Hollis, a close friend of Spartans coach Tom Izzo, is retiring as the latest leader to step away because of a sexual abuse scandal involving a former physician at the school. Michigan State President Lou Anna Simon announced her resignation Wednesday night, hours after Larry Nassar was sentenced to decades in prison this week for molesting girls and young women.

The series of events seemed to create a relatively subdued atmosphere at the usually raucous Breslin Center.

Wisconsin: The short-handed Badgers are competing hard, trying to overcome to loss of injured guards D'Mitrik Trice and Kobe King along with the loss of five seniors from last year's team.

Michigan State: Izzo's mood the rest of the season will be something to watch. Izzo was the best man at Hollis' wedding and they were roommates decades ago when they were starting their careers at Michigan State.