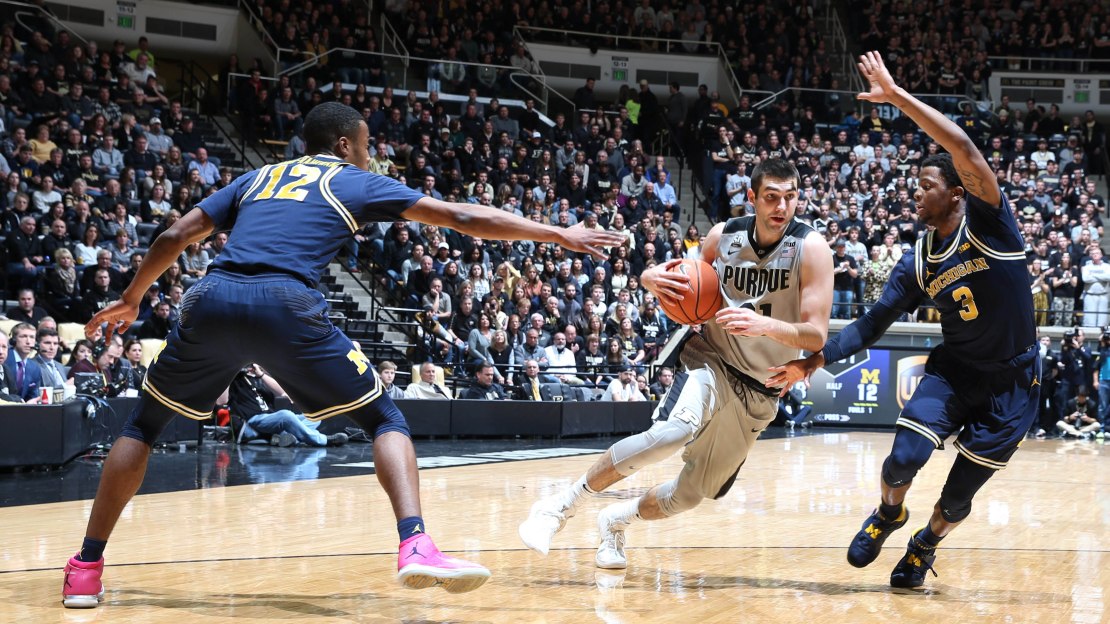 WEST LAFAYETTE, Ind. (AP) Vincent Edwards scored 30 points, Isaac Haas added 24 and No. 3 Purdue matched a school record with its 16 straight victory, using a late charge to finally get past No. 25 Michigan 92-88 on Thursday night.

The Boilermakers (20-2, 9-0 Big Ten) have won 20 consecutive games at Mackey Arena and are off to their best start in conference play since the NCAA Tournament began. It's the fourth time Purdue has won 16 in a row, most recently 30 years ago.

Muhammad-Ali Abdur-Rahkman had career-high 26 points and Zavier Simpson added16 to lead Michigan (17-6, 6-4), which was swept by Purdue in the regular season for the first time since 2007-08.

And all it took to swing one of the most entertaining games this season was one small run.

Michigan played catch-up the rest of the way and couldn't get closer than three.

Michigan: The Wolverines certainly can play with the best in the Big Ten. They upset No. 4 Michigan State on the road two weeks ago and now have gone toe-to-toe twice with the Boilermakers. But with four conference losses already, they'll need some major help to contend for a conference crown.

Purdue: Right now, the Boilers look unbeatable. They've been knocking down 3-pointers at an incredible rate, playing terrific defense and can beat teams with size. They are so versatile and experienced nothing seems to faze them, even when things don't go according to script as was the case Thursday. Yet the still found a way to keep the streak intact.

Purdue: Vince Edwards also had five rebounds and five assists and Haas had six rebounds and three assists. … Carsen Edwards had 13 points. … The Boilermakers shot 62.0 percent in the game and were 11 of 20 on 3s. … Thursday marked the first time Purdue gave up more than 70 points in a game since allowing Maryland to score 75 on Dec. 1.

Michigan: Will try to rebound from its second straight road loss when it hosts Northwestern on Monday.

Purdue: Can set a new school record for longest winning streak with a win at rival Indiana on Sunday.