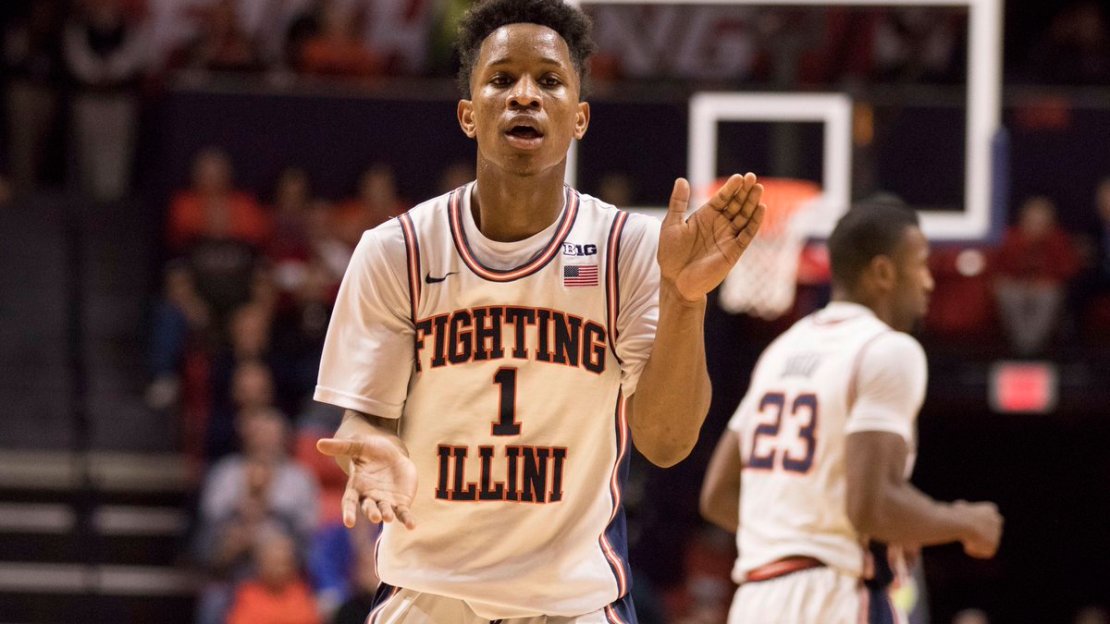 The two-point victory was the team's first Big 10 Conference win of the season and the first of coach Brad Underwood's career. It also snapped the Illini's six-game losing streak.

Indiana jumped all over Illinois early, taking a 12-4 lead but freshman Frazier kept the Illini afloat in the first half. With just over six minutes left in the period, he reeled off 13 straight points.

Illinois entered the break trailing by six but made 22-of-30 free throws in the second half. The Illini outscored the Hoosiers 41-33 in the final period, highlighted by a three-pointer from Kipper Nichols.

Leading by three, Illinois swung the ball to Nichols for a wide open look. He buried the long jumper and the fans at State Farm Center erupted as he put the Illini ahead by two possessions.

That six-point lead proved to be big, as Indiana cut the lead to two with just 8.3 seconds left. But it wasn't enough. Devonte Green turned it over on Indiana's last possession.

Illinois finally got over the hump and secured a conference victory. After several close losses in conference play, it is a step in the right direction for a young team.

Robert Johnson came in as Indiana's second-leading scorer at 13.9 points but was held to just eight. The Hoosiers will need their senior guard to play better if they want to get back on track in conference play.

Illinois has nearly a week off until it faces Rutgers at home next Tuesday. The Scarlet Knights have three players averaging over 11 points per game.

Indiana plays its next game against Purdue on Sunday. The Boilermakers, ranked No. 3 in the AP poll, are 8-0 in Big Ten play.