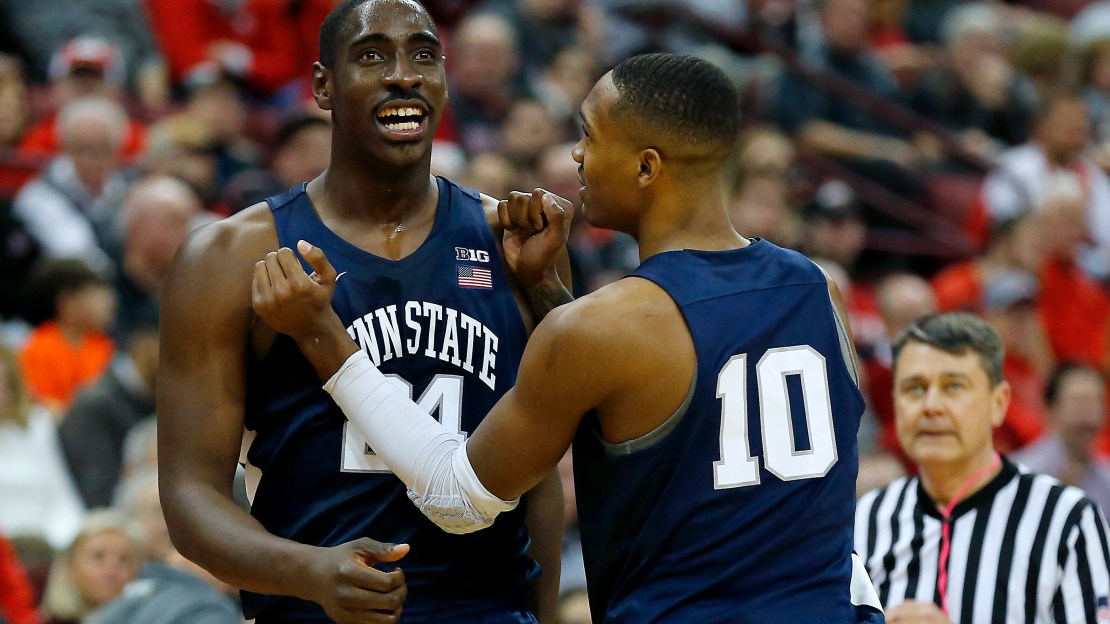 COLUMBUS, Ohio (AP) Tony Carr hit a 3-pointer at the buzzer to give Penn State an 82-79 upset victory over No. 13 Ohio State 82-79 on Thursday night, handing the Buckeyes their first Big Ten loss.

For Ohio State, playing its fifth game in 11 days, it was a huge disappointment in what has been a surprisingly good season.

Keita Bates-Diop led Ohio State (18-5, 9-1) with 25 points but was in foul trouble for much of the second half. He had three 3-pointers in the last 2:07 to pull the Buckeyes back in it. He tied it with a 3-pointer with 5 seconds left, but Carr was able to connect with the desperation shot from deep as time ran out.

The Buckeyes had beaten much tougher teams on the way to winning the first nine conference games. But they allowed Penn State to jump out to an early lead on four straight 3-pointers and had trouble turning momentum back their way until the final minutes.

Struggling from the 3-point line in recent games, the Buckeyes didn't hit one until Bates-Diop connected at the 5:31 mark in the first half. They were 1 for 6 from beyond the arc in the half, and 7 for 15 overall.

Penn State: Nittany Lions came out firing, kept the pressure on and picked up their biggest win of a season in which they have struggled in the road.

Ohio State: Were the Buckeyes tired? They've played a lot of games lately and were awfully slow to get started. They had to rally late to stay in it, but the result was a loss to a team they should have beaten.