Our Dave Revsine explains his absence from BTN 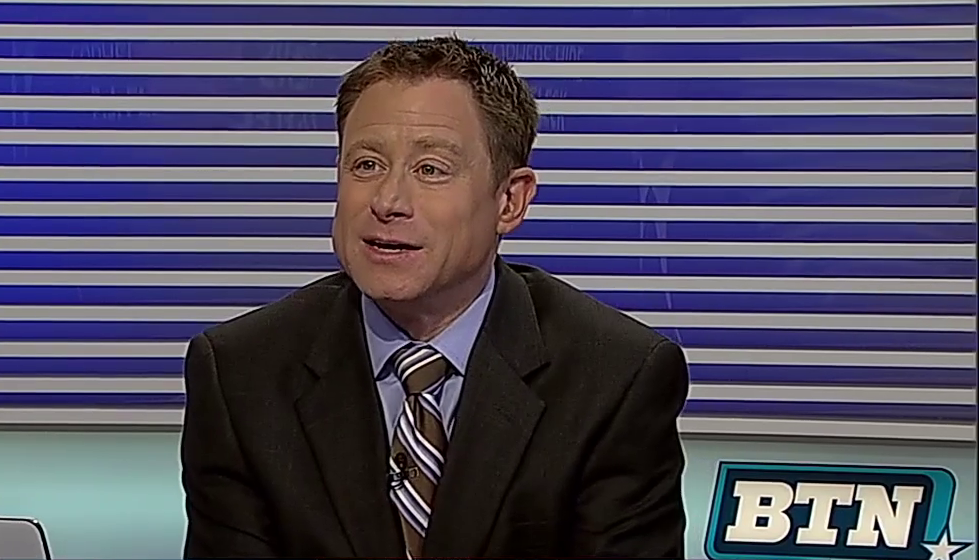 The routine is the same every morning. I wake up, plod into the bathroom, look in the mirror, and try desperately to do something the average person does roughly 29,000 times per day. I try to blink. And every morning for the last 10 days, the result has been exactly the same. No matter how hard I try, I can?t do it.

Actually, that?s only half-accurate. I can blink my right eye fine – pretty well if I do say so myself. I can blink it to the beat of show tunes and rock anthems – even throw in a little Morse Code for good measure. Yeah, the right eye is quite impressive.

After I spent a week battling a cold and a very odd headache, my face went numb on the night of Jan. 12, while I was attending a hockey game with my family. To say it was frightening would be an understatement. My wife and I initially thought I might be having a stroke, though a brief Googling of symptoms eased that fear. We were doing our "Tip-Off Show" the next morning in East Lansing, so, convinced that I wasn?t dying, I dutifully got into my car and began the three-plus hour drive. Right around the halfway point, I glanced at my numb face in the rearview mirror and noticed that my left eye wasn?t blinking. I pulled over, did another quick Internet search and diagnosed myself with a textbook case of Bell?s Palsy, a temporary nerve condition that paralyzes one side of the face.

Somehow, I made it through the show on Saturday. Some outstanding producing kept the camera from focusing on my malady. I drove back to Chicago, saw a doctor who confirmed my diagnosis, and began the process of trying to get better.

The issue, unfortunately, is that process involves sitting around doing nothing. Bell?s Palsy can take weeks to run its course. It can also take months. There?s no real rhyme or reason to which cases resolve the quickest. To say this is not consistent with my personality would be an understatement. I?m not good at doing nothing. I love my work covering the Big Ten, and this is one of my favorite times of the year. From calling games to hosting studio, I?ve had a front row seat to one of my greatest passions for the last ten years.

Frustrating as this has all been, I do know it?s temporary. This experience has served a purpose that many unanticipated life interruptions do - it has added an extra layer of perspective. I think about some of the issues colleagues of mine in our industry and friends and relatives in the world at large have battled through, and this one falls squarely into the category of small potatoes. In the grand scheme of things, this is truly not that big a deal.  I get that and would never suggest otherwise.

That being said, it is an incredibly frustrating and powerless feeling. I feel great. I?m not sick or tired. I can do absolutely everything I normally do ? except for moving half my face. I?ve become a little more acclimated to the struggles of speaking this way in the last week. And, though there are a few sounds which are still a bit of a challenge, I?m hopeful I might be able to return in some sort of capacity soon.

Until then, I?ll be making my daily pilgrimage to the mirror. Think of me when you blink.