Dienhart: 9 things I know at midpoint of Big Ten play 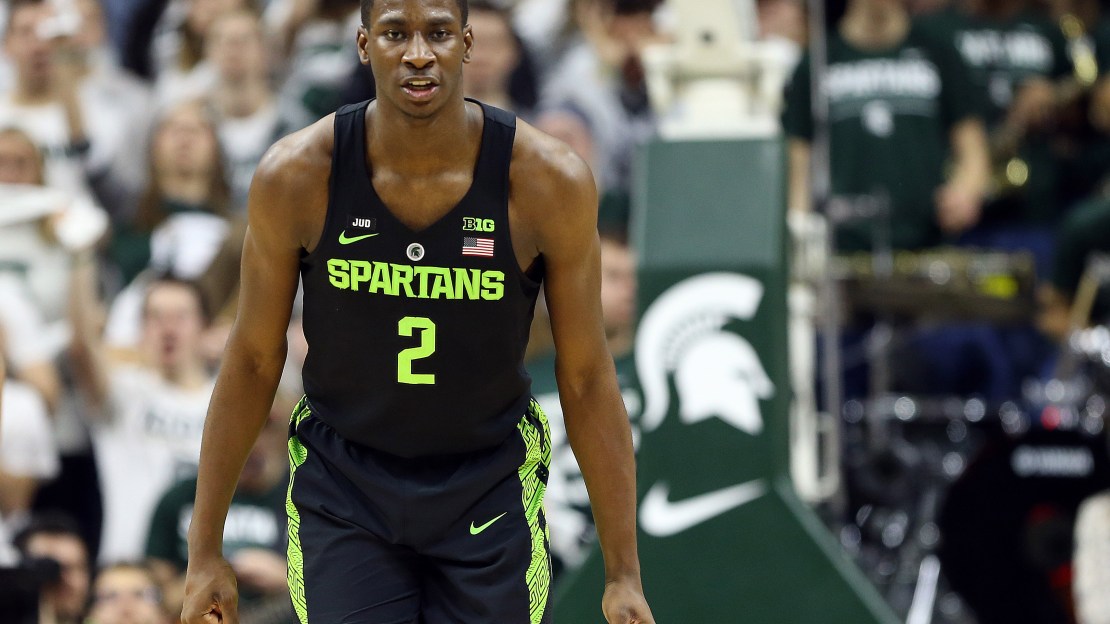 With the season hitting the midpoint, here are nine things I know about Big Ten basketball.

1. Keita Bates-Diop is the player of the year. Who saw this coming back in October? No one, that?s who. Bates-Diop played in just nine games last season, missing the final 18 tilts with a stress fracture in his left leg. He averaged 9.7 points and 5.2 rebounds. Look at the 6-7 junior now. Bates-Diop leads the Big Ten with a 19.7 scoring average and is No. 3 in rebounding with an 8.8 average. Best of all: He has the Buckeyes on top of the Big Ten with a 9-0 league mark. Someone call Hollywood to start producing a movie.

2. The Big Ten may not get more than four teams in the NCAA tourney. Purdue, Ohio State and Michigan State are locks. And Michigan is sitting pretty. After that? The best bets appear to be Indiana, Maryland and Nebraska, but all three need to augment their resume down the stretch. The Terrapins may be best positioned to make the NCAA tourney. It would take a miracle for any other Big Ten teams to get in the Big Dance. The last time the Big Ten had as few as five teams in the NCAA tourney was in 2009-10. In 2007-08, the Big Ten had just four bids. Yep, it could be that type of NCAA tourney for the Big Ten. The good news: The league figures to have three very high seeds.

3. Wisconsin?s remarkable 16-year run of finishing in the top four of the Big Ten standings is toast. And that 19-year streak of making the NCAA tournament? Stick a fork in it. Wisconsin is being hampered by injuries and youth in what has become a season to forget. So, for the first time since March 1998, the Badgers will have no NCAA watch party. When does spring football start?

4. With apologies to Ohio State?s Chris Holtmann and Michigan?s John Beilein, Purdue?s Matt Painter is the coach of the year. Yes, the Boilermakers entered this season with big expectations–and they have over-delivered. Purdue is the defending Big Ten champ anchored by four savvy seniors-Isaac Haas, Vince Edwards, Dakota Mathias and P.J. Thompson-and a sensational sophomore-Carsen Edwards-who have propelled it to a 19-2 mark, including 8-0 in the Big Ten, a 15-game winning streak and No. 3 ranking, the program?s highest since 1988. Oh, and Painter is doing all of this without Caleb Swanigan, the 2016-17 Big Ten Player of the Year who turned pro after last year?s Sweet 16 run. Somehow, Purdue is better without an All-American/BMOC. Take a bow, Matt.

5. Ohio State has been the biggest surprise. This is a no-brainer. In fact, the Buckeyes have been the biggest shocker in the nation. Chris Holtmann inherited a team from Thad Matta that went 17-15 overall and 7-11 in the Big Ten, finishing 10th in the Big Ten and missing the postseason. In fact, OSU hasn?t been to the NCAA tourney since the 2014-15 season. Now, the 18-4 Buckeyes are aiming for a top-three seed after most pundits had them tabbed to finish among the bottom four in the Big Ten. The last time the Buckeyes won the Big Ten? It was 2011-12, the last title in a three-year run.

6. Northwestern has been the biggest disappointment. Iowa and Minnesota are in the running, as well. However, the Wildcats were the darlings of America last season, making the NCAA tourney for the first time. And they even won a game. People wrote some wonderful sonnets about Northwestern. But NU has gone from Cinderella to pumpkin. The Wildcats are under .500 in the Big Ten (4-5) and barely above it overall (13-9). Go back and look at your preseason magazines. All of them had Northwestern among the top four teams with starters like Bryant McIntosh, Dererk Pardon, Vic Law and Scott Lindsey back. Clark Kellogg went so far as to pick NU to make the Final Four. What makes Northwestern?s skinned knees all the more confounding is the Wildcats haven't suffered any key injuries or suspensions-which have been why Minnesota has disappointed. NU has just ? flopped.

7. Michigan State?s Jaren Jackson Jr. is the top freshman. The kid arrived with a fat scrapbook and hasn?t disappointed. The 6-11 Jackson has shown versatility, averaging 11.4 points, 6.2 rebounds and 3.3 blocks. And, get this: Jackson has drawn comparisons to Kevin Garnett.

8. Illinois is 0-8 in the Big Ten, but it will win a few games. First-year coach Brad Underwood has this team playing tough defense, which has kept the Fighting Illini in most games. Illinois has lost close tilts to Northwestern, Maryland, Iowa and Nebraska. Wins are coming. Don't even entertain the prospect of a winless season, something that hasn't happened in the Big Ten since 1999-2000 (Northwestern).

9. The Big Ten game of the year will be on February 7. That's when current unbeatens Ohio State and Purdue face off in their only meeting of the season (BTN/BTN2Go). There is a good chance both teams could be 12-0 in the Big Ten when the game tips off in what will be a raucous Mackey Arena. The Boilermakers have upcoming games vs. Michigan, at Illinois, Maryland and at Rutgers. The Buckeyes must play Penn State, Indiana and Illinois. No doubt, the winner of this game on Wednesday night in West Lafayette will be in the driver?s seat to win the league title. Can't wait!