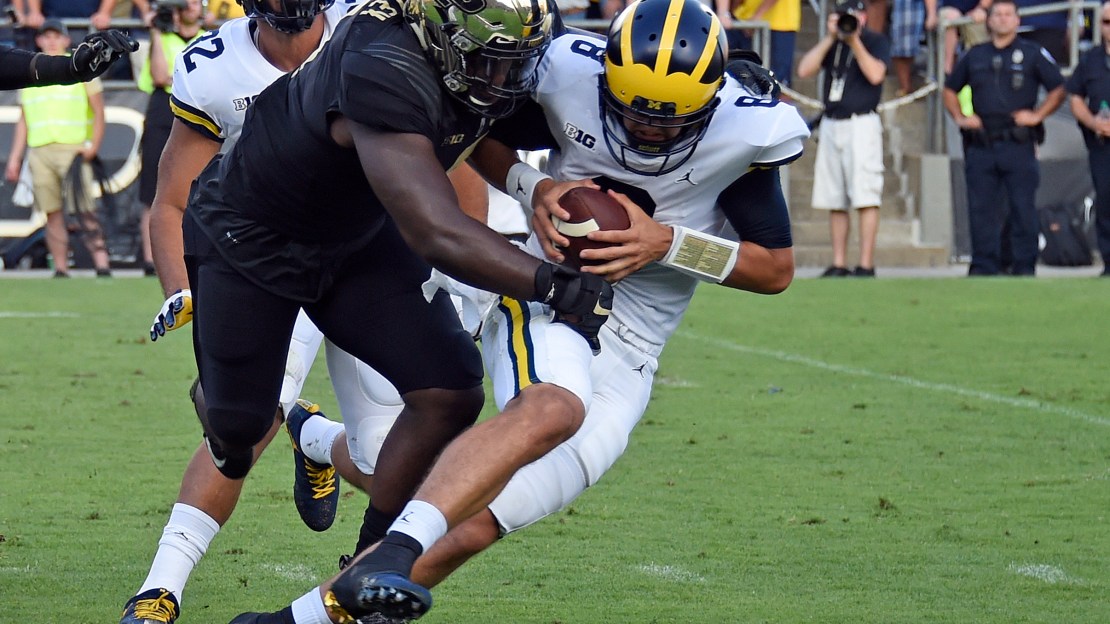 Some have described the debut of Jeff Brohm at Purdue as ?storybook.? Seems apt. Consider: Brohm walked into a train wreck of a program that had won a total of nine games under the previous regime. And he squeezed out a 7-6 record that included the school?s first bowl appearance since the 2012 season and first bowl win since 2011.

The offense? It had some lulls, but Brohm continued to tweak, alter and adjust. At times, the team relied on the run game. On other occasions, Purdue was pass-happy. Credit Brohm for figuring out a way to maintain an offensive pulse, as the Boilers ranked No. 9 in the Big Ten in scoring (25.2 ppg) and No. 5 in total offense (403.1 ypg) despite some severe talent limitations.

Here are the top five players Purdue must replace.

LB Ja?Whaun Bentley. He led the team with 97 tackles and was second with 11.5 TFLs, anchoring a defense that excelled all season. The consensus honorable mention All-Big Ten honoree had a pick-six that iced a win vs. Minnesota.

DE Danny Ezechukwu. He was second on the team in sacks, with five, to go along with 50 tackles and nine TFLs. He also led the team with three fumble recoveries. Ezechukwu was consensus honorable mention All-Big Ten.

CB Da?Wan Hunte. Hunt was the team?s shutdown cornerback, proving to be strong in coverage and solid vs. the run. He had seven passes broken up with a pick along with 43 tackles. Hunt was honorable mention All-Big Ten by the media.

DT Gelen Robinson. He led the team with 12.5 TFLs while notching 51 tackles with four sacks. The son of former Purdue basketball All-American Glenn Robinson, the younger Robinson earned third-team All-Big Ten honors from the coaches and honorable mention from the media.

OT Dave Steinmetz. A massive 6-8, 300-pound blocker, Steinmetz was heaven-sent as a grad transfer from FCS Rhode Island. He filled a big need along a patchwork offensive line that was talent-poor. Steinmetz was a steady, reliable and effective blocker all season. He was consensus honorable mention All-Big Ten. No other Purdue offensive player earned more honors.