Northwestern rallies to win at Minnesota, 77-69 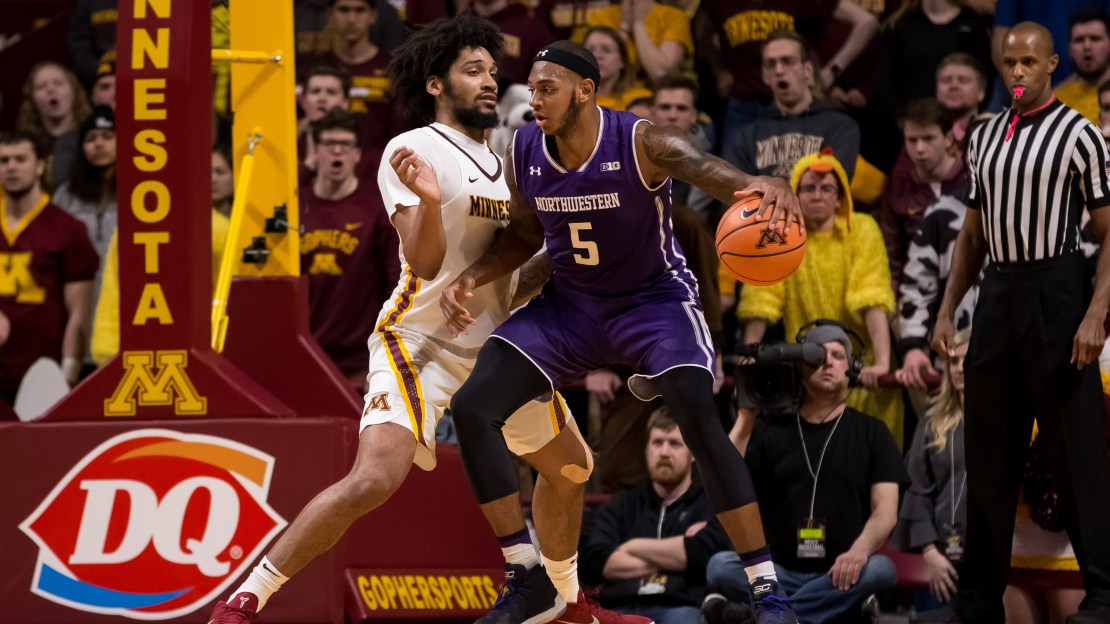 MINNEAPOLIS (AP) Bryant McIntosh and Vic Law scored 18 points apiece for Northwestern, leading a spirited comeback from a 10-point deficit in the first half to beat reeling Minnesota 77-69 on Tuesday night.

Scottie Lindsey added 15 points, Dererk Pardon pitched in 10 points and eight rebounds and Law pulled down 13 rebounds himself for the Wildcats (13-9, 4-5 Big Ten), who won their second straight game after losing five of their previous seven contests.

Nate Mason had 25 points and nine assists for the Gophers (14-9, 3-7), who lost for the sixth time in their last seven games. Amir Coffey scored 15 points on 7-for-13 shooting, but he had five fouls and five turnovers in another breakdown by the team's half-court offense.

The Gophers shot just 9 for 29 from the field in the second half, including 3 for 14 from 3-point range.

After Mason beat the shot-clock buzzer with less than 13 minutes left to give Minnesota a 52-47 lead, the Northwestern rally ratcheted up. Aaron Falzon stole the ball from a double-teamed Jordan Murphy down low and fed Lindsey for a fast-break layup to pull the Wildcats within 52-51, the closest they'd come since 16-15.

On the first of three straight baskets by McIntosh, the senior point guard who's the all-time program leader in assists, the Wildcats retook the lead at 60-59 with 7:37 left and never lost it again. Coffey's dunk with 4:12 remaining brought the Gophers within 66-63, but that was the last time they made it a one-possession game.

Both of these teams, fresh from NCAA Tournament appearances that were the first in four years for the Gophers and the first ever for the Wildcats, started their schedule with Big Ten title aspirations and preseason rankings in the Associated Press poll. Northwestern fell out of the Top 25 in three weeks, despite four returning starters. Minnesota dropped from the rankings three weeks after that, with a lack of depth exposed.

With their 23-point win over the Gophers two weeks ago the difference, the Wildcats trudged into Williams Arena, having been forced to travel in the morning by a storm that dropped more than a foot of snow on the campus, in a tie for 10th place in the Big Ten standings. The Gophers began the evening in 11th place.

Minnesota head coach Richard Pitino sent out his fifth different starting lineup in 10 conference games, giving power forward Davonte Fitzgerald his first career start in the latest maneuver to account for the absence of center Reggie Lynch due to the university investigation into sexual assault allegations against him.

Mason has been one of the few constants on this team, and he stepped up like a senior point guard is counted on to do, scoring 12 straight points for the Gophers in one stretch past the midpoint of the first half to help them stretch their lead to a game-high 34-24. They made 13 of their first 19 shots from the floor, including 6 of 9 from 3-point range.

After a scare with shooting guard Dupree McBrayer, who writhed in left leg pain on the baseline near the end of the first half and needed help off the court before returning for the start of the second half, the Gophers had plenty going for them entering the final 20 minutes. The Wildcats, though, weren't ready to concede.

Northwestern: The Wildcats came through in the clutch in a difficult place to play, their experience and confidence complementing a cranked-up second half defense to take over down the stretch.

Minnesota: The Gophers badly needed to win this game to give their sagging spirits and their postseason bid a boost, with only three more home games and the chance of finishing with at least a .500 record in Big Ten play greatly diminished.

Northwestern: Returns to the road next week to play at Michigan, which is currently ranked 25th in the AP poll, on Monday and at Wisconsin on Feb. 1.

Minnesota: Plays at Iowa on Jan. 30 after a six-day break between games, followed by a trip to Michigan on Feb. 3.