Dienhart: Could we see a one-loss, or even no-loss, Big Ten champ? 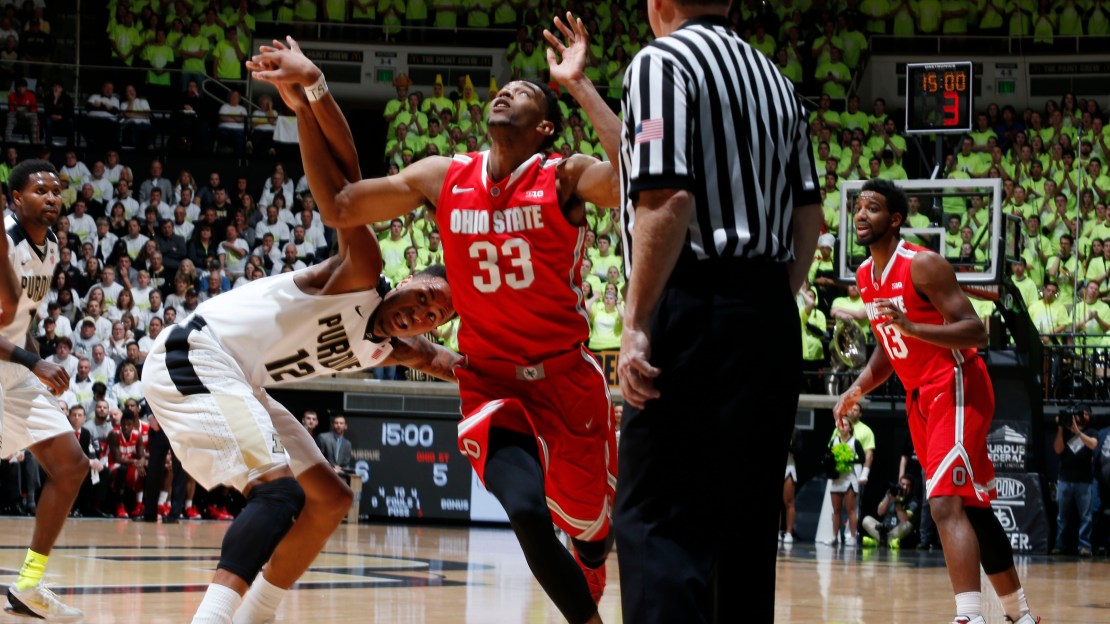 Ohio State?s Greg Oden did it. So did Michigan State?s Mateen Cleaves, Indiana?s Calbert Cheaney and Illinois? Dee Brown. They all led their respective team to a one-loss Big Ten championship, something Ohio State and/or Purdue could pull off this season.

To be clear, only the four teams listed above have achieved the feat since 1992-93. But with both teams undefeated as we hit the midway point of the conference season, it's something to consider. An undefeated champion is in play, as well, however no Big Ten team has accomplished it since Indiana in 1974-75 and 1975-76, going 18-0 each year and winning the national title with a 32-0 mark in the latter season.

One thing that helps both teams: They meet just once this season, with Ohio State coming to West Lafayette on February 7 (BTN/BTN2G0). The roof probably will blow off Mackey Arena on that Wednesday night if both teams arrive unbeaten in Big Ten play. There's also this working in their favor: Both draw Michigan State just once this year, and Ohio State already won its matchup, in convincing fashion, while Purdue visits East Lansing next month.

Here's the remaining schedule for both teams:

Maybe it?s expecting too much to think either could go 18-0. But it?s not crazy to envision the league champ going 17-1.

Here's a more detailed look at the aforementioned last four to do it:

Ohio State, 2006-07. The Buckeyes went 15-1 in the Big Ten-and won the league tourney–behind Greg Oden, Mike Conley, Daequan Cook and David Lighty and lost the national championship game to Florida. Ohio State finished 35-4 under Thad Matta, who was in his third season in Columbus. The Buckeyes? only league defeat came at Wisconsin.

Illinois, 2004-05. This magical team coached by Bruce Weber went 37-2 overall and 15-1 in the Big Ten. There may not have been a finer team in Big Ten annals over the past 40 years, as Illinois entered the Big Dance with just one defeat. The only loss came in the regular-season finale, as Illinois fell, 65-64, at Ohio State. The Fighting Illini also won the Big Ten tourney. Alas, Illinois failed to win it all, falling to North Carolina in the national championship game with players like Dee Brown, Deron Williams, Luther Head, Roger Powell and James Augustine.

Michigan State, 1998-99. Tom Izzo?s fourth Spartan squad went 15-1 in Big Ten action and 33-5 overall with players like Mateen Cleaves, Morris Peterson, Thomas Kelley, Jason Klein and Antonio Smith. The 33 wins were a school record, as the Spartans reached the Final Four, where they lost to Duke. Interestingly, MSU lost its Big Ten opener at Wisconsin ? then finished with 15 Big Ten wins in a row. The Spartans also won the Big Ten tourney.

Indiana, 1992-93. This stellar team is the only Big Ten champ to go 17-1, as the league trimmed its conference schedule to 16 games from 1997-98 to 2006-07 before amping back up to 18 league tilts in 2007-08. Bob Knight?s Hoosiers finished 31-4 overall but failed to reach the Final Four. Indiana was stunned in the Elite Eight by Kansas. The lone Big Ten loss came at Ohio State for a loaded Indiana squad led by Calbert Cheaney, Greg Graham, Alan Henderson, Brian Evans, Damon Bailey and Chris Reynolds.