Best of the week that was: Carsen Edwards, Purdue continue to shine 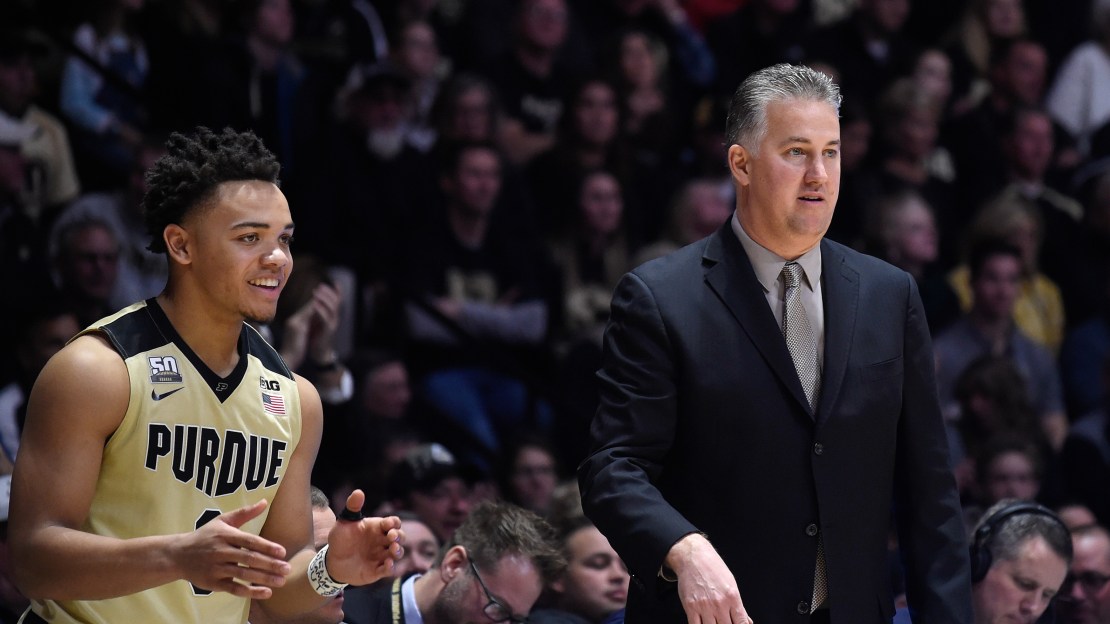 As we wade deeper in January, this much is clear: Purdue looks like a Final Four team. In fact, no squad in America is hotter, as the Boilermakers have won 15 in a row. This much also is clear: Ohio State, which is tied with Purdue atop the standings, is for real. Which team will blink first? Stay tuned, as the two teams mean just one time this season: February 7 at Purdue (BTN/BTN2Go).

Here is a look at the best of the last week.

Biggest surprise: Nebraska. The Cornhuskers have some mojo, winning two times last week. First, the Cornhuskers took down visiting Illinois in a 64-63 thriller, thanks to a last-second shot. (More on that later.) Then, Nebraska upset visiting No. 23 Michigan, 72-52. Tim Miles' club is 14-7 overall and 5-3 in the Big Ten, looking more and more like a potential NCAA team. NU hasn't made the Big Dance since 2014.

Biggest disappointment: Penn State. The season looks like it is slipping away for the Nittany Lions, who lost a pair of games this past week: 95-84 in OT vs. shorthanded Minnesota on Monday and 70-61 at Northwestern on Saturday. The Nittany Lions, who are playing without do-it-all veteran Josh Reaves (academics), are 13-8 overall, putting a damper on their slim NCAA tourney hopes in Pat Chambers' seventh season.

Best win: Take your pick of between Purdue's 78-50 triumph vs. Wisconsin on Tuesday and its 87-64 victory at Iowa on Saturday. That's two wins by a combined 51 points for the Big Ten co-leader.

Best player: Purdue's Carsen Edwards. The go-go guard had 21 points, five steals and three assists in a 78-50 win vs. Wisconsin on Tuesday and 22 points, a career-high eight assists and no turnovers in an 87-64 throttling of Iowa on Saturday. In the two games, Edwards hit 17-of-31 (55 percent) shots, was 9-of-14 (64 percent) from 3-point land and committed just one turnover.

Best stat line: Rutgers' Geo Baker. The freshman posted an all-around line in the Scarlet Knights' 80-64 win vs. Iowa on Wednesday, finishing with 17 points, on 6-of-10 from the field, five rebounds, five assists and four steals.

Best dunk: Rutgers' Deshawn Freeman. The windmill dunk brought fans at the RAC out of their seats during a dominating win vs. Iowa on Wednesday. Not to be ignored, teammate Corey Sanders ferocious flush vs. Iowa was a beauty, as was Michigan State Miles Bridges' dunk vs. Indiana. As the late Dick Enberg would say: Oh, my!

Best shot: There were two epic heaves in the Illinois at Nebraska game on Monday. First, the Fighting Illini's Michael Finke nailed a 3-pointer-and got fouled in the process, making it a four-point shot. That gave Illinois a 63-61 lead with 8.1 seconds left. Game over, right? Wrong. The Cornhuskers' James Palmer drilled a 3-pointer just before the buzzer to propel Nebraska to a stunning 64-63 win.

Best moment: The Hawkeyes honored former star Chris Street, who died in an auto accident midway through his junior season on Jan. 19, 1993, before the Purdue game on Saturday. Among those in attendance were Street's parents and his former coach, Tom Davis. Michigan had touching moment, as well, as "draftee" Jude Stamper, 12, who has arthrogryposis multi-congenital disorder, joined the team for "The Victors" in the locker room Sunday afternoon. The Michigan coaching staff and fans wore bow ties for Stamper, which can be found in the video at the top of this post. This was cool, too.

Did you see this? Yes, that was A-Rod in the crowd at the Indiana at Michigan State game on Thursday. The former MLB star and current FOX analyst spoke to the Spartans before the game and spent time with Gus Johnson during the telecast.

A-Rod is out here livin'.