This Northwestern alum is responsible for every Disney animated movie you loved as a kid: BTN LiveBIG 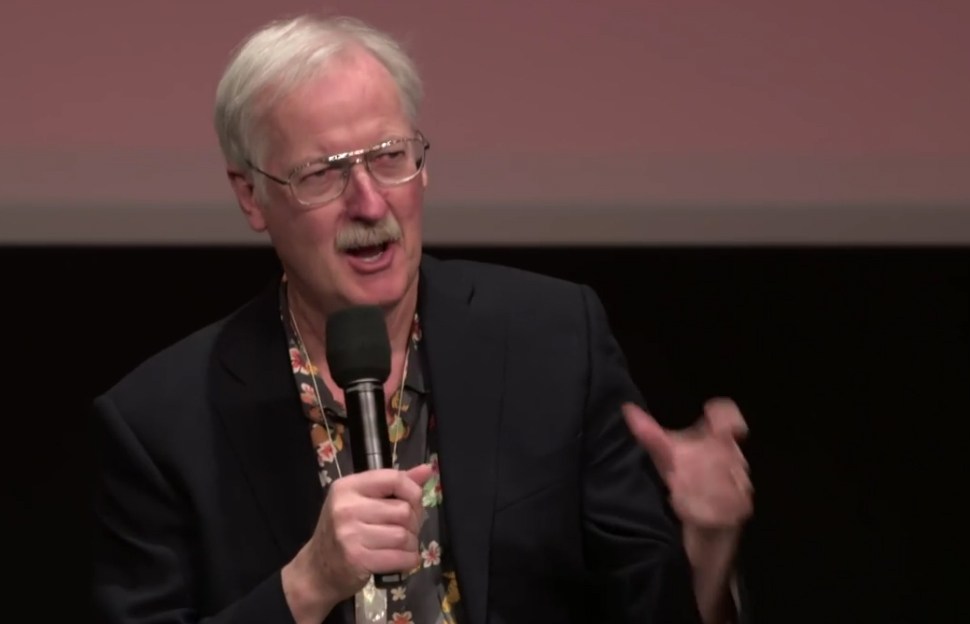 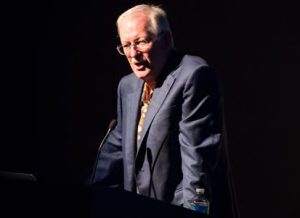 John Musker's name might not be familiar, but his movies likely formed your early childhood film memories.

Teamed with writing/directing partner Ron Clements, Musker brought Disney classics like The Little Mermaid and Aladdin to the screen. He was influenced by classic Disney films of the mid-twentieth century, but brought a different sensibility to The House That Walt Built – first evident in his debut, The Great Mouse Detective – that blended everything from screwball comedies of the 1940s to Raymond Chandler novels to Monty Python.

Growing up in the suburbs of Chicago, he attended Northwestern University and engaged in early experiments in drawn animation and directing thanks to a job as an editorial cartoonist and some short live-action films made with a friend. Initially rejected as an animator by Disney, he spent time at the California Institute for The Arts instead, studying with other future film innovators like Brad Bird and Tim Burton.

Once on the vanguard of animation, Musker is now a veteran whose style is evident in most Disney and Pixar movies of today. But Musker continues to subvert audience expectations. His most recent film, Moana, takes Polynesian mythology, mixes it with the populist Broadway song stylings of Lin-Manuel Miranda, tosses in a David Bowie pastiche and adds the trademark arched eyebrow of The Rock for good measure.

BTN LiveBIG talked to him about Moana, how his approach to animation has evolved and how Northwestern – and Jesuit priests – set him on his life's path.

BTN LiveBIG: Moana is the first film you directed based on an original idea, rather than an adaptation.
John Musker: Although certainly it drew on Polynesian mythology. So we didn't invent the character Maui. He's very much a "real" person. The myth that we talked about and him having a mighty magical fish hook, where he could pull up islands, those are in the myths. But not a specific story. We didn't read about the character of Moana in anything. She was an invention.

But the vein of mythology, I think, still intrigues people around here. Because often mythology deals with bigger-than-life issues and it deals with different cultures and it deals with challenges of how the world began maybe, and just forces of people creating their identities. It's a really rich vein of storytelling that's lasted for years. That's part of the reason because it touches so many primal things. All of the mythologies of the world, not just Polynesian.

BTN LiveBIG: Your career was really influenced by the classic, hand-drawn Disney animation of the Nine Old Men. You're now in a time of CGI, but hand-drawn is still a part of your films, including Moana.
Musker: I draw. I was an animator when I started here. That was part of the appeal for me, to make animation. Computer animation really didn't exist in any major way when I started here. My first week at Disney was the week that Star Wars opened in 1977.

BTN LiveBIG: Wow.
Musker: I just had my 40th anniversary and so did Star Wars. I love the magic of making drawings come alive and the idea of creating characters in the world that don't exist and yet seem believable. Not necessarily realistic, but believable.

BTN LiveBIG: Back in 2008, you said that CGI is good for vistas and scenery. But hand-drawn is better for human beings. I was curious if working on Moana had changed all of that, even though Maui's tattoos were hand-drawn.
Musker: Well I would say yeah, this is our first experience working with CG. CG animation has been making enormous strides. Even at Disney, I would say the watershed moment, in some ways for me, was the movie Tangled, which we did not work on.

They created a tool, that they used on that film and they've used ever since, where they take a pressure-sensitive tablet, and have it in the room where you watch the CG dailies that can be projected onto this tablet, where you can draw over the CG – to show how something could be more appealing or could slosh and stretch more or could just be a more dynamic pose or whatever. That really excited a lot of the young animators on Tangled. I think it's made huge strides.

BTN LiveBIG: You're part of this new guard that comes in at one point in your career, and now you are the established veteran. What do you see as the next wave of innovation and animation?
Musker: All of these movies are an elaborate magic trick. They're always developing new tools to make that trick, to disguise the trick more. It's an interesting world we live in, because live-action has moved so much more toward animation. There's so much that's invented in live-action. Where they don't shoot in the real location. It's put in, in CG. Or there are characters that exist in CG and they work back and forth with real characters. Or even live-action characters to do stunts, they're doing CG versions of them.

I just still think the heart of it is telling the story and having appealing characters and taking audiences to a world that they don't know about. I think, to me, those are fairly constant.

BTN LiveBIG: We're at a point where some of your early animated films are getting the live-action treatment.
Musker: In some ways it's intriguing to me that something we made 30 years ago has resonated enough that people would want to reinterpret it. I think that's exciting and neat.

I think Little Mermaid is going to be a real challenge. Because one of the reasons we did the movie we did originally was we thought with those stories, there was something about animation that could tell those stories almost better than live-action could.

So in the case of Little Mermaid, you have to buy the convention that you're underwater and people talk. They can sing. That's a basic challenging thing. In the case of Aladdin, we thought we could do things with Robin Williams and the Genie that, at the time at least, it seemed like they can't really do.

With the development of technologies, that has changed, as I say. There is more you can do in live-action. I'm intrigued to see what they do.

BTN LiveBIG: What was it that Northwestern did to influence your career?
Musker: I had gone to high school at Loyola Academy with the Jesuits in Chicago there. They drilled it into my head that college should not be a vocational school for you. That you should still be a well-rounded person that knows something about the humanities and there was something valuable about a strong, humanities-based education. I bought into that.

BTN LiveBIG: You've said Monty Python was an influence on your work. Are there other non-animated forms of comedy that influenced you?
Musker: Yeah, I mean I was strongly influenced by the Screwball comedies in the 40s. Frank Capra films written in some cases by Robert Riskin and Preston Sturges, particularly, who did The Lady, The Palm Beach Story and Sullivan's Travels. Those I loved. I loved the Marx Brothers. I loved W.C. Fields.

I loved Saturday Night Live. That was while I was going to CalArts. That was part of our, along with my Monty Python, that was very much something that came from TV. Moonlighting, I think was really a well-written show and I enjoyed that. Things like that in some ways or another had an influence on things that I did, maybe more obliquely than others.

BTN LiveBIG: It's fascinating, all of the different things that have gone into your style that eventually changed the Disney or Pixar style.
Musker: Coco is a Pixar film, but it touched on very primal ideas of your ancestry and your family and connecting to all of that. That was the theme in Moana as well, the idea of interconnectedness.

I think when those hit a nerve with the moviegoing public then the movie tends to do better and has a longer life at Disney, even in terms of the parks and things like that. Particularly with the musicals, I think, if there's a musical where the songs connect with people. I feel like Moana is one of those things.

BTN LiveBIG: I think so. There's universality to it.
Musker: Yeah, well it's been fun. We went down to the San Diego Comic-Con when we were promoting Moana a couple years ago, in the Q&A at our presentation, people would come up and, "Thank you for our childhoods." And I was like, "Well?"

And these were some people in their 30s and other people who came at it later. It's fun to see this six year old who sees Little Mermaid and still connects with it even though the movie was made 30 years ago. That's kind of neat to think that these movies will outlast us. I hope they do.