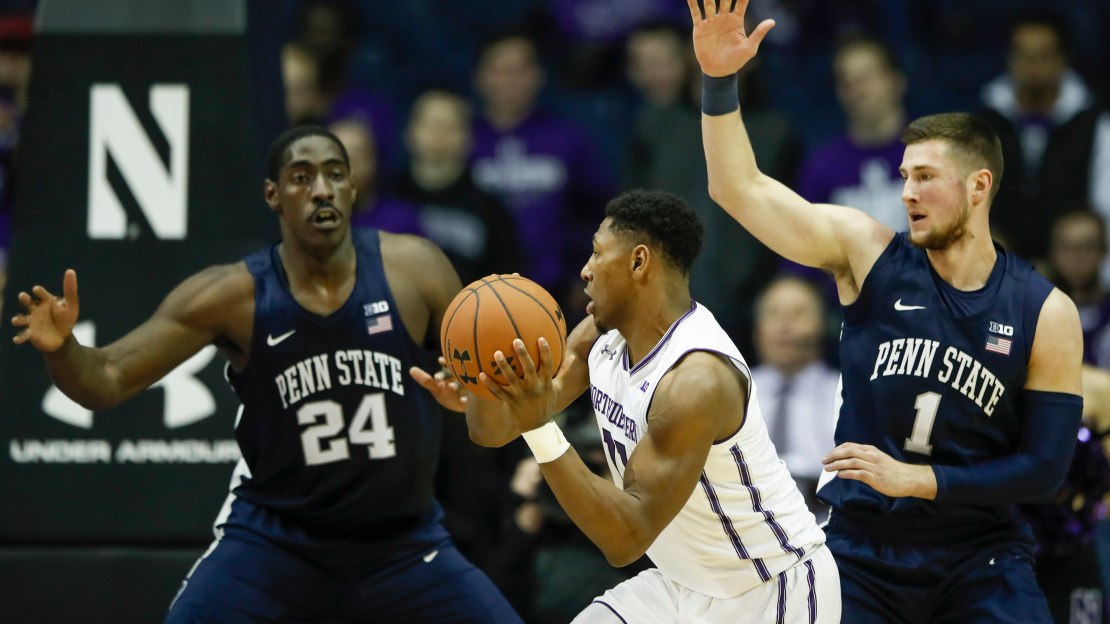 (AP) Vic Law had 18 points and Scottie Lindsey scored 13 to lead Northwestern to a 70-61 victory over Penn State on Saturday afternoon.

Pardon scored the run's first six points – with two dunks. Law followed with a 3 and McIntosh capped the run with a jumper. Gavin Skelly made two free throws with 27.5 seconds remaining to seal it.

Penn State went without a field goal over the final 10:37. The Nittany Lions shot 37 percent in the second half after shooting 68 percent before the break.

Penn State's Tony Carr was averaging 19.6 points per game to rank second in the Big Ten but finished with just eight points.

The Nittany Lions beat the visiting Wildcats 78-63 two weeks ago.

The Nittany Lions led by as much as nine in the first half.

Northwestern has won seven of its last 11 games against Penn State.

Penn State: The Nittany Lions have had to adjust without their top defender Josh Reaves, who has been suspended for academic reasons. They fell to 1-3 without Reaves.

Northwestern: The Wildcats have faltered after going to the NCAA Tournament last season for the first time in school history. The schedule doesn't get easier – the Wildcats play five of their next six games on the road.

Penn State is at No. 22 Ohio State on Thursday.

Northwestern is at Minnesota on Tuesday.