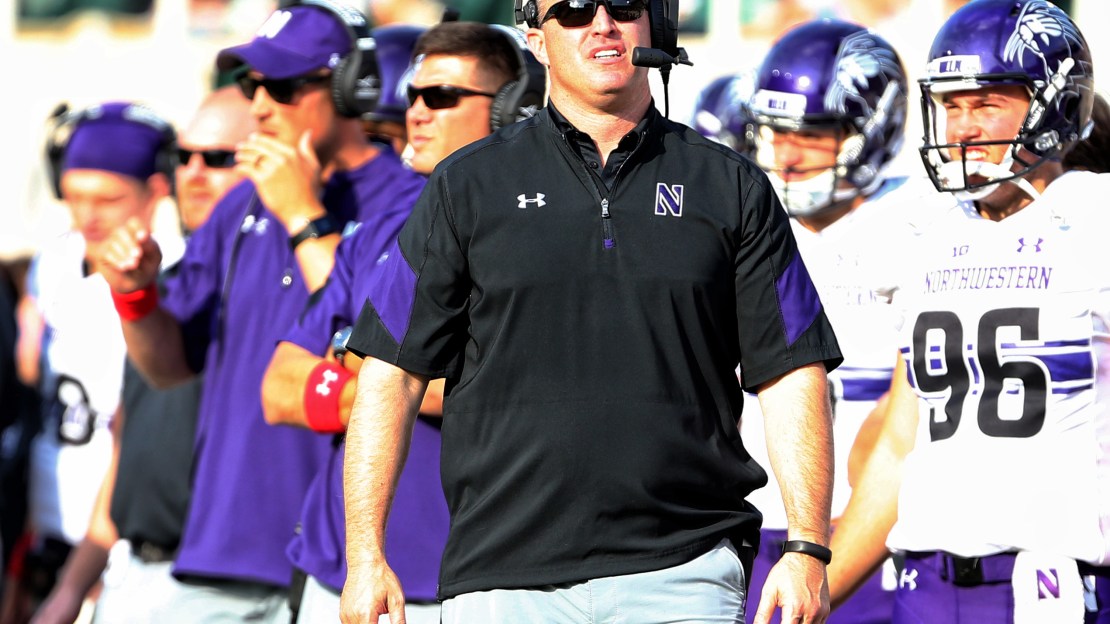 Northwestern is coming off its second 10-win season in the last three years and its third under Pat Fitzgerald. The program is rolling and may be on the precipice of a breakthrough to a Big Ten West title as it has gone to bowls each of the last three seasons.

A sparkling facility is rising on the banks of Lake Michigan. And talent is abundant in Evanston. More good news: Many key players will be back in 2018, but keep an eye on QB Clayton Thorson. He suffered a knee injury in the Music City Bowl win vs. Kentucky and may not be ready for the start of the season.

Here are the top five Wildcats to replace:

SB Garrett Dickerson. A "superback," Dickerson was an underrated weapon in this underrated offense. Last year, he made 37 grabs for 401 yards and four TD grabs. He leaves campus with 87 career catches for 887 yards and nine TDs. Dickerson was consensus honorable mention All-Big Ten.

S Godwin Igwebuike. A big hitter in the secondary with underrated coverage ability, Igwebuike ranked third on the team in tackles with 78. He was a consensus second-team All-Big Ten pick and a leader on the NU defense.

RB Justin Jackson. Northwestern has had some great backs the last 20 years, including Darnell Autry, Tyrell Sutton and Damien Anderson. But Jackson tops them all, leaving Evanston as the school's all-time leading rusher with 5,283 yards. His 39 rushing TDs also are a school standard. Jackson ran for over 1,000 years each season on campus. The only other Big Ten player to achieve that feat is Wisconsin's Ron Dayne. Jackson was consensus second-team All-Big Ten.

DT Tyler Lancaster. A tremendous leader who had the honor of wearing the prestigious No. 1 jersey, Lancaster was a stalwart on the interior. A massive 300-pounder, Lancaster was a force vs. the run who could collapse the pocket. He tallied 40 tackles with 9.5 TFLs and two sacks in 2017. Lancaster was consensus honorable mention All-Big Ten.

S Kyle Queiro. He paced the team with 14 passes broken up, ranking seventh in the Big Ten. Queiro teamed with Godwin Igwebuike to give the Wildcats a potent safety tandem. He was a consensus third-team All-Big Ten selection.