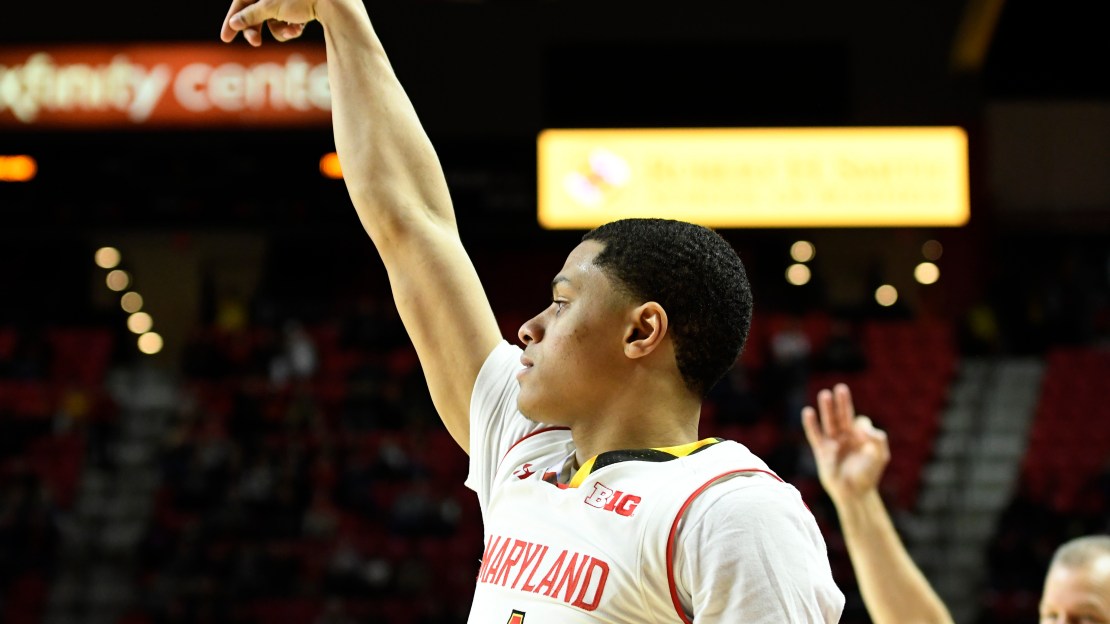 Michal Cekovsky delivered 10 of his 17 points during an 18-2 run that gave the Terrapins a 50-34 lead against the weary Golden Gophers, who could not summon the energy to make a comeback.

Maryland (15-6, 4-4 Big Ten) snapped a two-game skid and improved to 12-1 at home. Cowan did his part by distributing the ball and scoring all 15 of his points over the final 12 minutes.

Jordan Murphy had 19 points and 14 rebounds for Minnesota, his nation-leading 19th double-double of the season. The Golden Gophers are in the middle of a stretch of three games over six days, concluding with a matchup against No. 22 Ohio State in New York on Saturday afternoon.

The Golden Gophers led 32-29 before Huerter hit a 3-pointer to spark the decisive run. The 7-foot-1 Cekovsky followed with the first of his five dunks in a span of just over 5 minutes, most of them on alley-oop passes from his guards.

With Huerter leading the way, Maryland made 10 of its first 12 field-goal tries after halftime.

In the first half, the Terrapins trailed 16-10 before Huerter scored eight points in a 13-0 run. It was 29-21 before Minnesota rattled off seven straight points to end the half.

Minnesota: The Golden Gophers can be forgiven for their recent slump, given that they're missing two of their best players. But they can't afford to feel sorry for themselves if they want to survive this stretch that features one home game from Jan. 15 to Feb. 3.

Maryland: The Terrapins desperately needed this victory after losing three of four. Now at .500 in the conference after beating a depleted Minnesota squad, Maryland can regroup during a stretch in which it plays just one game over the next nine days.

Minnesota: The Golden Gophers were without injured guard Amir Coffey (shoulder), who missed his fifth straight game, and senior center Reggie Lynch, who's been suspended since Jan. 5.

Minnesota: Matchup with Ohio State is part of the third annual "Super Saturday — College Hoops & Hockey" at Madison Square Garden, which also features the Golden Gophers against Michigan State on the ice.

Maryland: Seeks to end a three-game road skid on Tuesday night at Indiana.