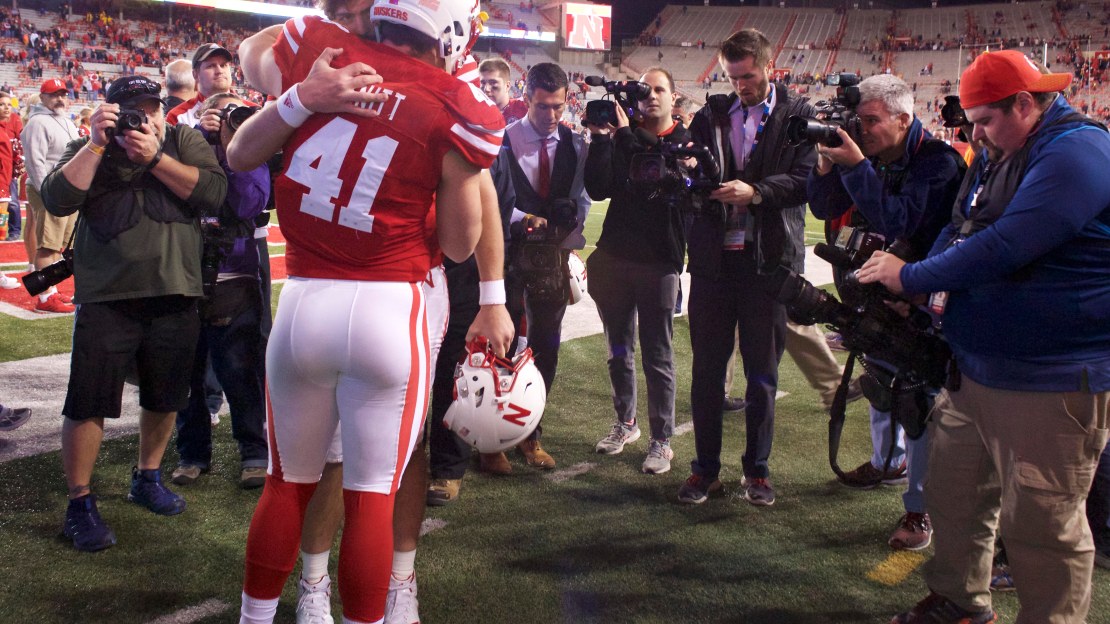 Nebraska fans want to forget the Mike Riley era as quickly as possible. It was one of the darkest three-year periods in program history, as the Huskers went 19-19 overall and 12-14 in the Big Ten.

Last season was disappointing, any way you slice it. Nebraska went 4-8 overall and 3-6 in the Big Ten. The only win vs. a team that finished with a winning record came at 7-6 Purdue in the final seconds. And who can forget the near-home loss in the opener vs. Arkansas State?

The defense struggled, to put it politely, under first-year coordinator Bob Diaco. How bad was it? The Cornhuskers finished 13th in the Big Ten in scoring defense (36.4 ppg) and last in total defense (436.2 ypg). The 6.3 yards allowed per play were a Big Ten-high, as were the 52 TDs. And then there were the 54, 56 and 56 points surrendered in defeats to Minnesota, Penn State and Iowa to close out the season.

More dreary news: NU was last in the league in turnover margin (minus seven). And on it went.

The offense had some spunk, thanks largely to a strong passing game that ranked No. 2 in the league (277.5 ypg) led by QB Tanner Lee and WRs JD Spielman, De'Mornay Pierson-El and Stanley Morgan. But the ground game lacked oomph, ranking 13th in the Big Ten (107.5 ypg).

Here are the top five Cornhuskers to replace:

K Drew Brown. He hit 12-of-14 field goals last season, with a long of 44 yards, for a program that had few consistent components. Brown hit 77 percent of his all-time kicks, nailing 59-of-76 career field-goal attempts with a long of 51 yards.

CB Chris Jones. He was limited to just seven games and six starts because of a knee injury suffered before the season even started. But when he was in the lineup, Jones was good. He was one of the better Huskers at playing the ball in the air, using his angular 6-0 frame.

S Joshua Kalu. Even though he played in just nine games because of a hamstring issue, Kalu ranked fifth on the team in tackles (47). He also paced the squad with two interceptions and six passes broken up.

QB Tanner Lee. The Tulane transfer is bolting early to the NFL after what was a strong junior season-his only one slinging passes in Lincoln. Lee finished second in the Big Ten in passing (261.9 ypg), hitting 57 percent of his attempts for 3,143 yards with 23 TDs. But he did pace the Big Ten with 16 interceptions.

LB Chris Weber. The Nebraska defense had a lot of issues in 2017. But Weber was one of the few bright spots. He led the team with 95 tackles and was second with 9.5 TFLs. Not bad for a guy who arrived on campus as a walk-on.