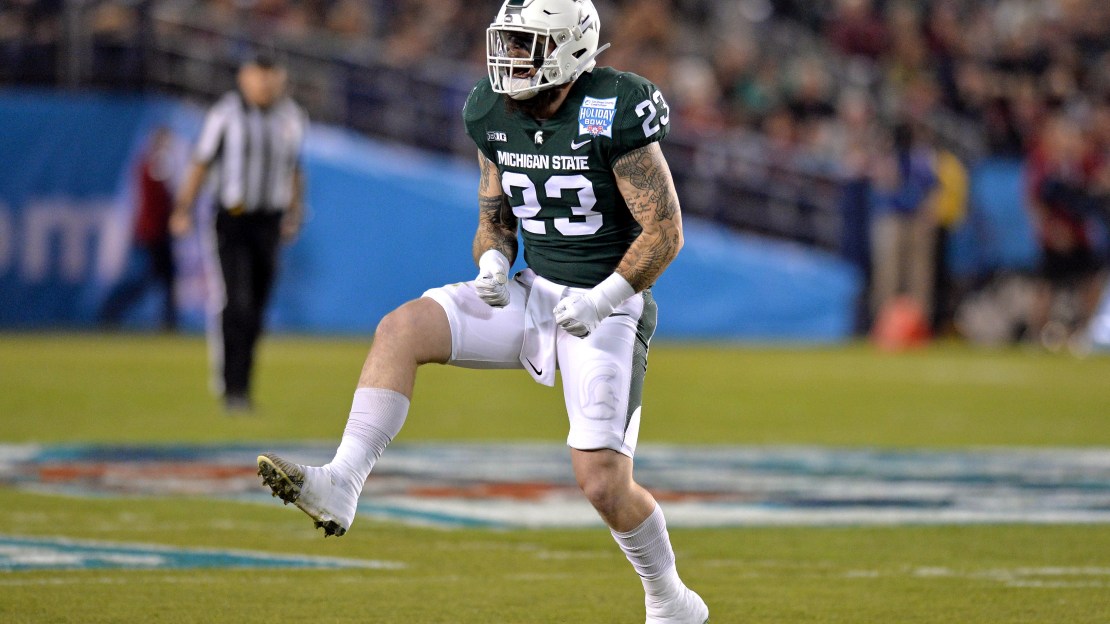 Mark Dantonio engineered one of the greatest turnarounds in the nation, taking Michigan State from a 3-9 mark in 2016 to a 10-3 finish in 2017. Making that reversal of fortunes all the more remarkable: The Spartans had a relatively young squad, as 67 percent of the roster was made up of freshmen and sophomores. That bodes well for the future.

The defense was the biggest surprise in 2017, ranking No. 4 overall in the Big Ten (297.8 ypg) and No. 2 vs. the run (101.3 ypg). And MSU also was sparked by the emergence of quarterback Brian Lewerke, who became a deadly dual-threat. This surprisingly successful season by a young Spartans squad means MSU has a great chance to be in the thick of the East Division race again in 2018.

C Brian Allen. A stalwart on an underrated line, Allen earned second-team All-Big Ten from both the coaches and the media. He was named first-team All-Big Ten by Pro Football Focus and finished the regular season as the highest rated center in the Big Ten and No. 5 in the FBS, according to Pro Football Focus. Allen led the MSU offensive line with 86 knockdowns, including a unit-best 20 dominators. He also played a team-high 908 snaps during the regular season.

LB Chris Frey. A team captain and honorable mention All-Big Ten by the media, Frey was a warrior who led all active Spartans with 187 career tackles in 51 games, including 24 straight starts. Frey had 13.5 tackles for loss and 7.0 sacks in his career, starting at Sam linebacker for the second straight season in 2017.

K Brett Scanlon. He played two seasons at Western Michigan (2013-14) before transferring to Michigan State in 2015. Scanlon handled kickoff duties and had 46 kickoffs for a 61.0 ypk average with 11 touchbacks.