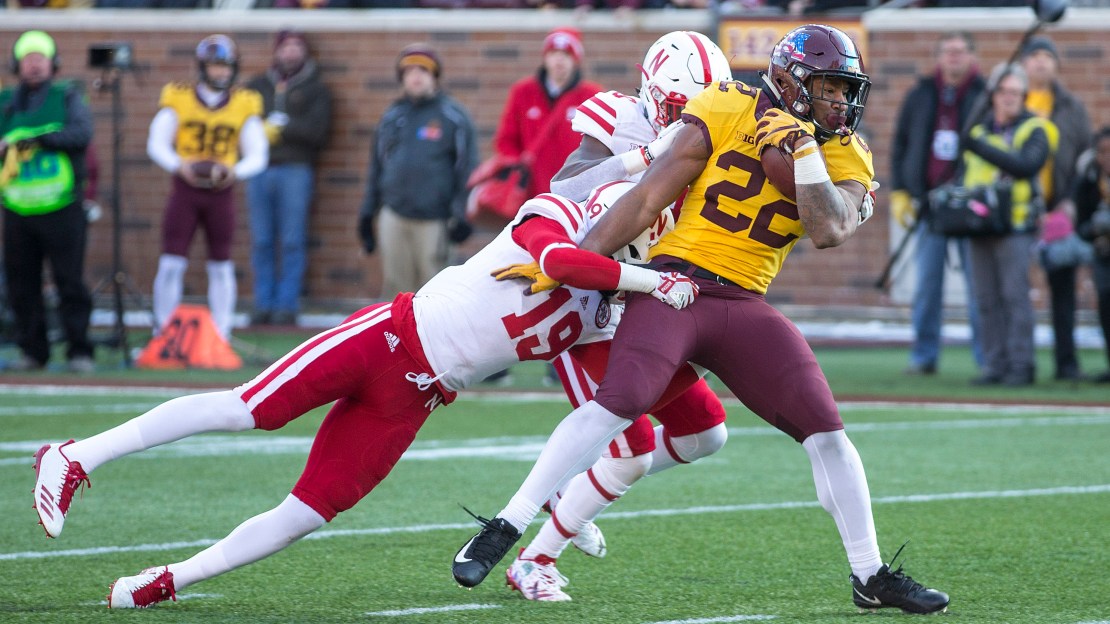 There were some bumpy waters during P.J. Fleck's maiden voyage at Minnesota. The program saw a five-year bowl run end during a 5-7 campaign (2-7 Big Ten).

Here are the five biggest players the Golden Gophers must replace.

1. CB Adekunle Ayinde. He was part of a solid secondary. Ayinde finished fifth on the team in tackles with 51, notching 2.5 TFLs with a pick and five passes broken up. He also was versatile, able to play safety and corner. Ayinde helped the Gophers rank No. 3 in the Big Ten in pass defense (174.5 ypg).

2. DT Steven Richardson. A force in the middle who was always double-teamed, Richardson was a load to block at 6-0, 300 pounds. In 2017, he recorded 23 tackles, forced one fumble, recovered one fumble and won the Defensive Trench Award. Richardson netted consensus All-Big Ten honorable mention honors. Alabama transfer O.J. Smith should help fill Richardson's void, as should JC transfer Royal Silver (who redshirted last year) and Gary Moore.

3. LB Jon Celestin. A team captain who was the heart and soul of the defense, the linebacker finished second on the team in tackles with 78. He also had 5.5 TFLs. Celestin was voted the team's Defensive Player of the Year. Minnesota is deep at LB, so physically the defense should be fine without Celestin. But it will be hard to replace his leadership.

4. P Ryan Santoso. He is a top-five all-time punter at Minnesota, punting 144 times in his career and averaging 41.8 yards (fourth-best in school history). He also placed 46 punts inside the 20. Santoso ranked fifth in the Big Ten last year with a 43-yard average, punting 66 times. He also hit 29-of-39 field-goal attempts in his career with a long of 52 yards. Santoso was consensus honorable mention All-Big Ten in 2017. Lefty Jacob Herbers should be able to step in for Santoso.

5. RB Kobe McCrary. He was as an underrated force as the No. 3 back, as his 5.3 average per rush and eight touchdowns led the team. A big, physical back, McCrary ran 94 times for 496 yards in 2017. He also was durable, as McCrary was not hurt in his two years here.