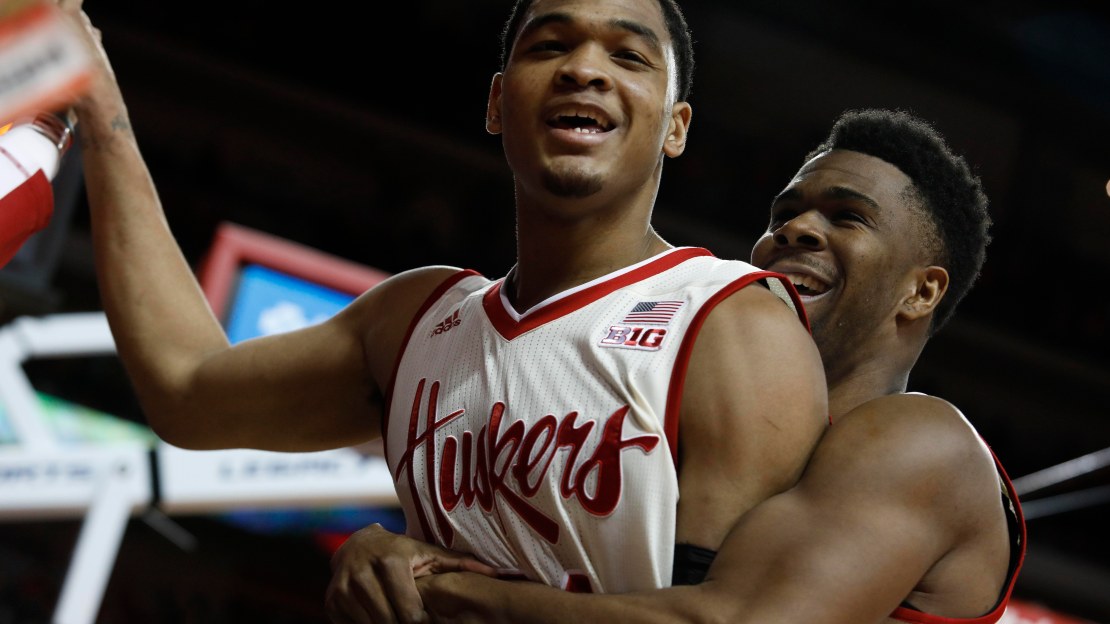 (AP) James Palmer Jr. played it cool after hitting the winning 3-pointer just before the buzzer to give Nebraska a 64-63 win over Illinois on Monday night.

Asked if he had ever done that before, he said, "Of course. You play basketball, you're going to hit a couple game-winners."

But even Palmer had to admit this one was special under the circumstances. The Cornhuskers were coming off a loss at Penn State on Friday and were on the verge of losing for the third time in four games.

"This," he said, "probably is the biggest one."

Michael Finke had converted a 4-point play with 8.1 seconds left to give Illinois the lead. After a Nebraska timeout, Isaac Copeland inbounded to Glynn Watson Jr., who found Palmer on the left wing for the winning shot.

The Huskers had led 61-57 with under a minute to play when Palmer dunked off a steal. But Finke scored in close on Illinois' next possession, and after Palmer missed the front end of a one-and-one, Illinois called timeout with 18.7 seconds left. Finke hit his 3 in front of the Illini bench, got fouled by Isaiah Roby and made the free throw for what looked to be the play that would give Illinois its first Big Ten win under first-year coach Brad Underwood.

Palmer finished with 24 points on 10-of-19 shooting after a dismal 1-for-9 outing against Penn State.

"As I told our team, nothing is given. Everything is earned," Underwood said. "Give Palmer credit. He made a heck of a shot. We felt pretty good watching them come up the floor… The kid stepped in and made a shot over Trent."

Illinois: The Illini are one of the most snakebit teams in the nation. They've led in the second half in eight of their nine losses, and in four of them they've had the ball with either the lead or in a tie with less than a minute remaining.

Nebraska: This was an important win for a Nebraska team that has hopes of returning to the NCAA Tournament for the first time since 2014. A loss at home to the last-place team would have been a stain on the resume.

"I think it's appropriate: I'd rather be lucky than good." – Miles.

Illinois outrebounded the Huskers 46-29 and held an 18-6 advantage on the offensive end… Illinois committed 16 turnovers, and the Huskers converted them into 24 points. … Nebraska shot just 41.2 percent and Illinois 39 percent. … The teams combined to go 8 of 41 (19.5 percent) on 3-pointers.

Coach Tim Miles announced Nebraska center Jordy Tshimanga, who has been away from the team since Thursday for personal reasons, will return on Tuesday. The sophomore started the first 18 games and averages 3.5 points and 5.1 rebounds.

"Last week, I discussed some personal issues with Coach Miles," Tshimanga said. "This conversation resulted in me not participating in team activities the last few days, but it has allowed me to work on these issues so I can fully focus on academics and basketball at the University of Nebraska. During the last few days, I have very much appreciated the support of Coach Miles, the coaching staff, (Athletic) Director (Bill) Moos and, most importantly, my teammates."