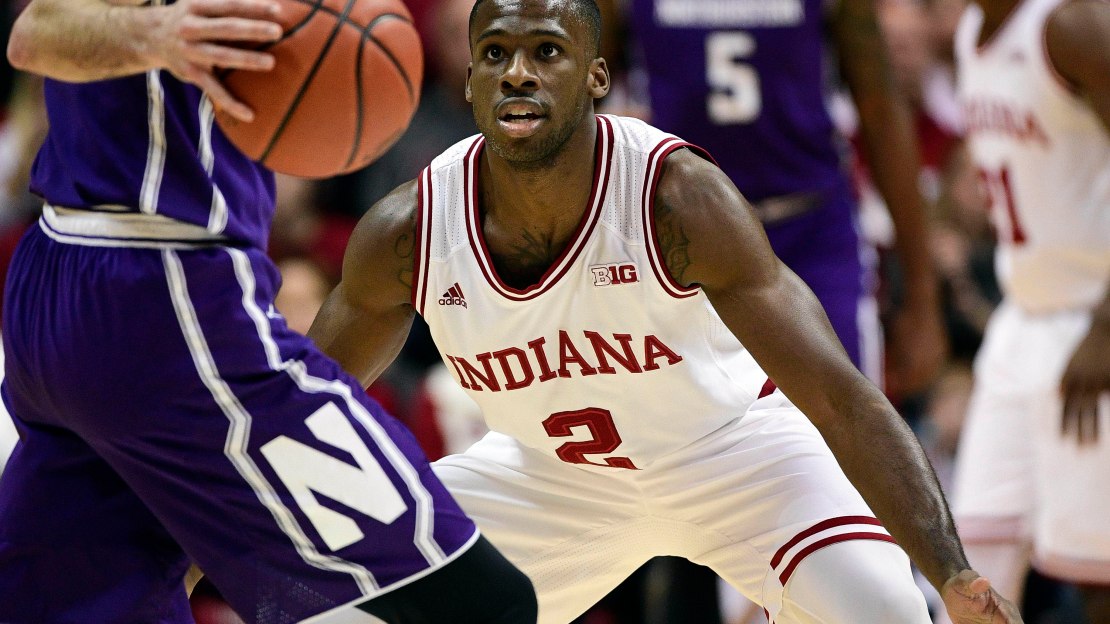 (AP) Robert Johnson scored 17 points and Juwan Morgan scored all eight points in the second half to lead the Indiana Hoosiers past Northwestern 66-46 on Sunday.

Vic Law and Isiah Brown each had nine points to lead the Wildcats (11-8, 2-4), who have lost three of four. And this loss may have been the worst yet.

Northwestern shot 26.8 percent from the field, barely avoiding a season low, and was outplayed in virtually every facet.

The Hoosiers, meanwhile, fought through the loss of Morgan to foul trouble for almost the entire first half. When he returned in the second half, it didn't take the Hoosiers long to start pulling away.

Indiana quickly extended a 24-19 halftime lead to nine before following the lead of Morgan and Johnson, who combined for the first 12 points in the big run that turned a 33-26 contest into a 53-26 blowout.

Northwestern: Much was expected of these Wildcats, who have lost four of six and look bad. After this abysmal performance, Northwestern desperately needs to find a way to turn things around and fast.

Indiana: The Hoosiers survived without Morgan relying on defense and hustle, then took control with him back on the court. It's starting to look like this team understands what coach Archie Miller expects – and how it can win with his style.

Northwestern: Bryant McIntosh scored seven points in what is likely to be his final college game in his home state. … Derek Pardon had eight points and eight rebounds. … The Wildcats finished 7 of 25 on 3-pointers with two coming in the final 90 seconds and had 17 turnovers.

Indiana: Morgan was 4 of 4 from the field and had five rebounds. … Josh Newkirk had 12 points. … The Hoosiers shot 60.9 percent in the second half and only four turnovers over the final 20 minutes.

McIntosh was injured late in the first half while trying to defend a fast break.

After McIntosh tried to stop a drive to the basket, he tumbled over backward then stayed on the ground briefly before limping to the end of the bench. A few minutes later, he hobbled into the locker room. But he returned late in the first half.

McIntosh started the day ranked No. 9 on Northwestern's career scoring list (1,569 points) and No. 8 in Big Ten history in assists (653).