Best of the week that was: Ohio State's Keita Bates-Diop, Michigan shine 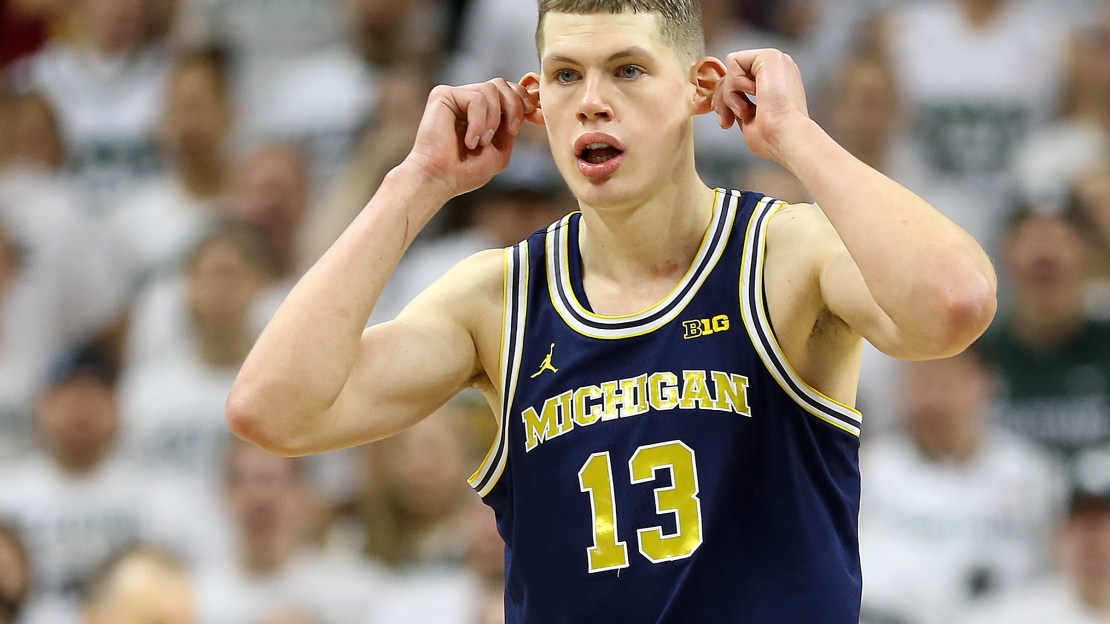 As winter sets in, this much has become clear: Purdue is the Big Ten favorite. But don't count out Michigan State. And it looks like Michigan and Ohio State will be factors.

Here is the best of the week in Big Ten action.

Biggest surprise: Indiana. This is a team that got blown out by Indiana State and Fort Wayne. Suddenly, following a two more victories this past week, the Hoosiers sit at 4-2 in Big Ten play. Indiana has won three straight games since falling at Wisconsin on Jan. 2, and it's done it without big man De'Ron Davis (Achilles). We'll soon find out if Indiana is for real as the upcoming schedule is, in a word, grueling: at Michigan State; vs. Maryland; at Illinois; vs. Purdue; at Ohio State; vs. Michigan State.

Biggest disappointment: Minnesota. The wheels appear to be coming off what once was a promising season. First, the Golden Gophers lost 83-60 at Northwestern on Wednesday. Then, they got hammered at home, 81-47, by No. 5 Purdue on Saturday. Minnesota is hurt by the absence of Amir Coffey, who has a shoulder injury. And big man Reggie Lynch has been suspended indefinitely for off-the-court issues. Oh, and Minnesota lost key player Eric Curry to a knee injury before the season even started. This team once looked like a Big Ten contender and NCAA tourney lock. Now?

Best win: Michigan 82, No. 4 Michigan State 72. The Wolverines were coming off a tough 70-69 home loss to No. 5 Purdue on Tuesday. How would Michigan respond four days later? Splendidly. The Wolverines took an impressive win, their first double-digit victory in East Lansing since 1997. It was Michigan's eighth win in nine games and second triumph in a row vs. MSU, which has lost two of three games. The lone win in that span for Michigan State? An overtime home victory vs. Rutgers. Honorable mention goes to No. 5 Purdue's 70-69 win at Michigan on Tuesday. The Wolverines had won seven straight, and the Crisler Center is never an easy place to win.

Best player: Ohio State's Keita Bates-Diop. The early leader for Big Ten player of the year continued his stellar play, tallying 26 points, eight rebounds and two blocks in a rout vs. Maryland, and followed it up with 20 points, nine rebounds and five blocks in another rout at Rutgers. Expect a second consecutive player of the week honor for the Ohio State star.

Best stat: 17, 3-pointers Ohio State hit in a 91-69 win vs. Maryland on Thursday. It was the second-most in school history. Not to be ignored, Penn State coach Patrick Chambers posted his 100th victory at Penn State in the Nittany Lions' overtime win vs. Nebraska on Friday night.

Best stat line: Penn State's Mike Watkins vs. Nebraska. The sophomore went 7-of-8 from the floor, scored 20 points and grabbed 15 rebounds en route to his fourth consecutive double-double Friday night. Moe Wagner put up a healthy line in Michigan's upset at Michigan State on Saturday, as well, shooting 8-of-13 and collecting 27 points, four rebounds, two blocks, one steal and just one turnover.

Best dunk: Michigan State's Gavin Schilling vs. Michigan. The Spartans lost to the Wovlerines, but Schilling's slam was dunk-of-the-year worthy. He bolted down the land, leaped in the air as Cassius Winston deftly tossed an alley-oop that the veteran grabbed with his right hand and jammed.

ICYMI: It came in a loss, but @G_Schills34 threw down a dunk-of-the-year worthy flush today. pic.twitter.com/sQy1qFEtZP

Best (non-)dunk: Northwestern's Gavin Skelly vs. Minnesota. It didn't count and resulted in a technical foul, but Skelly's quick thinking was a highlight nonetheless. He went up for a slam only to see the ball bounce off the back of the rim. But Skelly clutched the rim with one hand and corralled the ball with the other to slam it home.

Best shot: Illinois' Trent Frazier vs. Iowa. The running, one-handed 3-pointer with time running out was a thing of beauty. Even better: The shot tied the game at 90-90 and forced OT after the Illini had blown a 20-point lead. Should the Hawkeyes have fouled Frazier before the shot? Probably. But they didn't, and Frazier-who finished with 27 points–made them pay, but not after officials took almost two minutes to review the play. Have to give Corey Sanders' highlight bucket at Michigan State some love, too.

Best moment: Nebraska's Isaiah Roby assist vs. Wisconsin. Who says you can't make plays while sitting on your butt? Roby did just that in a win vs. Wisconsin on Tuesday. Following a collision, Roby was on the floor. A rebound ricocheted right to him as he sat on the hardwood, and he proceeded to flip a pass to a wide-open Anton Gill in the corner. Gill promptly sunk the 3-pointer.

Did you see this? Blood dripped down his face from a cut above his right brow. It was a gruesome sight, but it summed up gritty Purdue forward Dakota Mathias perfectly. A hard fall caused the gash on Tuesday night in Ann Arbor. No problem. Mathias got stitched up and kept playing, scoring 14 points and forcing a key turnover late to give Purdue the ball and chance to win-which the Boilers did.

This is… #Purdue Basketball. #BoilerUp ? pic.twitter.com/5thVxw8QuF

Best outtake: This Vikings fan attended the Ohio State-Rutgers game Sunday night, and he missed one of the greatest plays and finishes in NFL history. Our camera caught his reaction to learning former Maryland star WR Stefon Diggs helped lead Minnesota to the NFC Championship Game with a last-second touchdown.