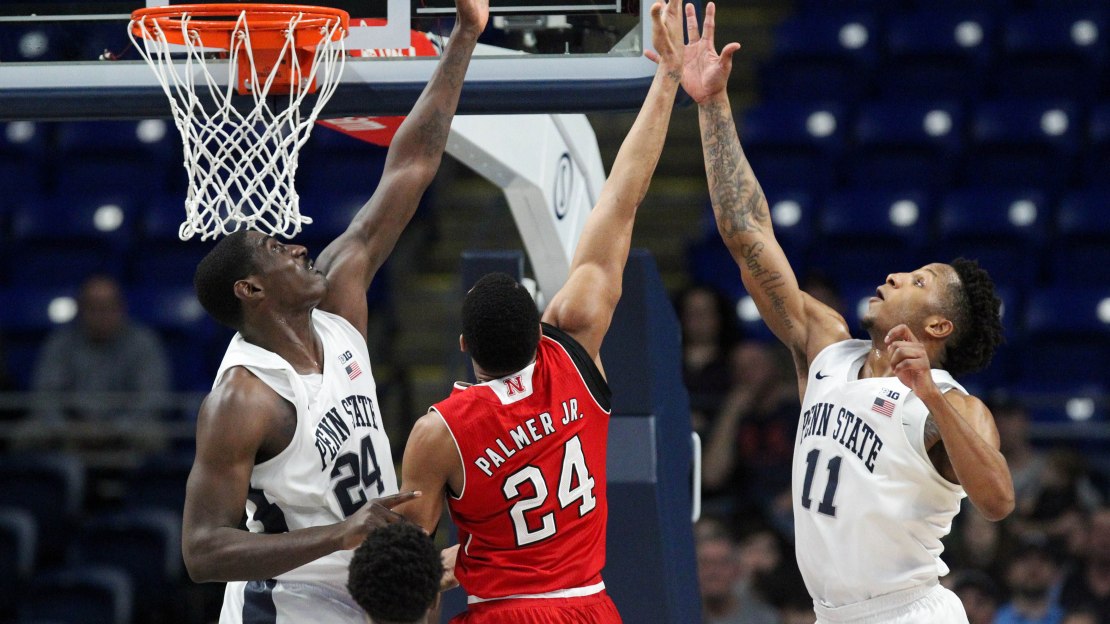 Penn State led 33-24 at halftime after closing out the first 20 minutes on a 21-9 run. Nebraska made just five of its final 14 field goals in that span and finished the first half 9-for-32 from the floor.

Shep Garner made a 3-pointer to give Penn State its largest lead at 42-26 just over two minutes into the second half.

But the Huskers fought back from there.

They put together a 39-23 run that included back-to-back 3-pointers from Copeland and Watson that made it a two-point game with 3:28 to play. They combined for four free throws and Watson hit the final shot of regulation moments later to send it to overtime 65-65.

Nebraska: The Cornhuskers were on a good stretch with five wins in six tries before Friday's game. Runs like that could come more often if they shoot better. Nebraska entered the Bryce Jordan Center shooting just 43 percent from the floor and 36 percent from 3-point range for the season.

Penn State: All three of Penn State's conference losses have come by six or fewer points and although they played a poor-shooting team in this one, the Nittany Lions have enough talent committed to playing defense to keep even good offenses at bay. Whether they can outscore those teams, or hold on to big leads, remains to be seen.