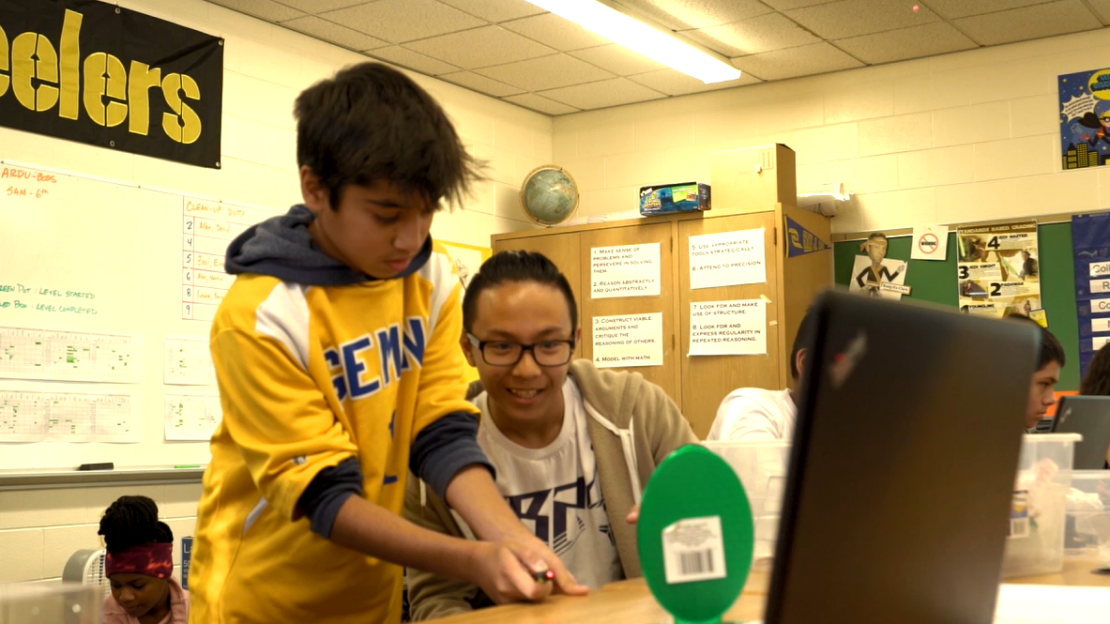 If you weren?t the biggest fan of your grade school science and math courses, rest-assured you were not alone. Bogged down by gobs of rote memorization, most student, especially those not predisposed to those subjects, can feel lost, bored and profoundly disinterested.

In an effort to counteract the frustrations that can surround these disciplines, a team of educational researchers at Northwestern University set out to create fun and engaging curriculum, the FUSE Challenges, that would stimulate young students to pursue, rather than shrink from, STEAM (Science, Technology, Engineering, Art and design, Mathematics) learning.

?A lot of people in our field are trying to think of different ways to help kids learn and to create different kinds of learning environments,? says Dr. Reed Stevens, Professor of Learning Sciences at Northwestern?s School of Education and Social Policy. ?People see that the way we regularly do school doesn?t always work. FUSE comes out of that impulse.?

Stevens? early research focused on the study of learning environments to see what factors made them effective and what factors hampered children?s ability to learn. Concurrently, he was studying how children engaged with video games; specifically, what motivated them to hone skills within the game and, to use the parlance of the medium, ?level up.?

What Stevens found was that when students are forced to learn the same information, at the same time and at one set pace, some feel unstimulated while others struggle to keep up. But when children are challenged to learn at their own pace and empowered to choose what they?re learning and when, they become highly motivated.

In 2011, the FUSE pilot program was launched, marrying together what Stevens and his colleagues had learned about how to best approach individualized learning in a classroom setting and how to propel forward students who previously felt little incentive in their education.

?FUSE is a learning environment that is significantly different from the way learning is usually organized in schools,? says Stevens, who serves as the principal investigator for FUSE Studios, which develops and implements the curriculum. ?We?ve designed a set of challenges that have a structure, which is like a video game. So as a kid completes a challenge, they unlock the next challenge.?

In a FUSE classroom, student choice abounds. They decide which topical set of challenges they want to pursue, and if they decide it isn?t right for them at the time, they can move on to another topic. They can choose to work alone or with partners, combining skills across the classroom and learning from one another.

The program also significantly de-emphasizes grading and scoring in an effort to encourage the students to explore creative solutions that may lie outside the bounds of more dogmatic instruction. According to Henry Mann, Director of Education and Partnerships for FUSE, this is all in an effort to get the students to shed their fear of risk.

?We have this ideas that failure is just another try,? says Mann. ?If you?re working on something you care about, and it?s something you need to persevere through, a failure should not be something that shuts you down or something that you don?t have a chance to recover from. In FUSE, when you fail, it?s just a reason to figure out what went wrong, troubleshoot the situation, do some more research, talk to your peers and use that learning to try again.?

For students, like 8th grader Alyssa Sanon, FUSE creates a classroom experience that is worlds-apart from traditional lesson plans.

?Definitely this is not a classroom where you just use books and sit there bored and kind of listen to the teacher just ramble about a topic,? says Sanon. ?This is something where you have to do it yourself. The teacher is there to help you, but it is up to you to figure out what to do in each challenge.?

Today, FUSE is markedly different than when it first launched just six years ago. The program, at that time, was only implemented in six locations, largely in an after-school format or otherwise outside the standard classroom environment. This school year alone will see FUSE challenges reaching roughly 16,000 students in 140 schools across the nation and six schools in Helsinki, Finland.