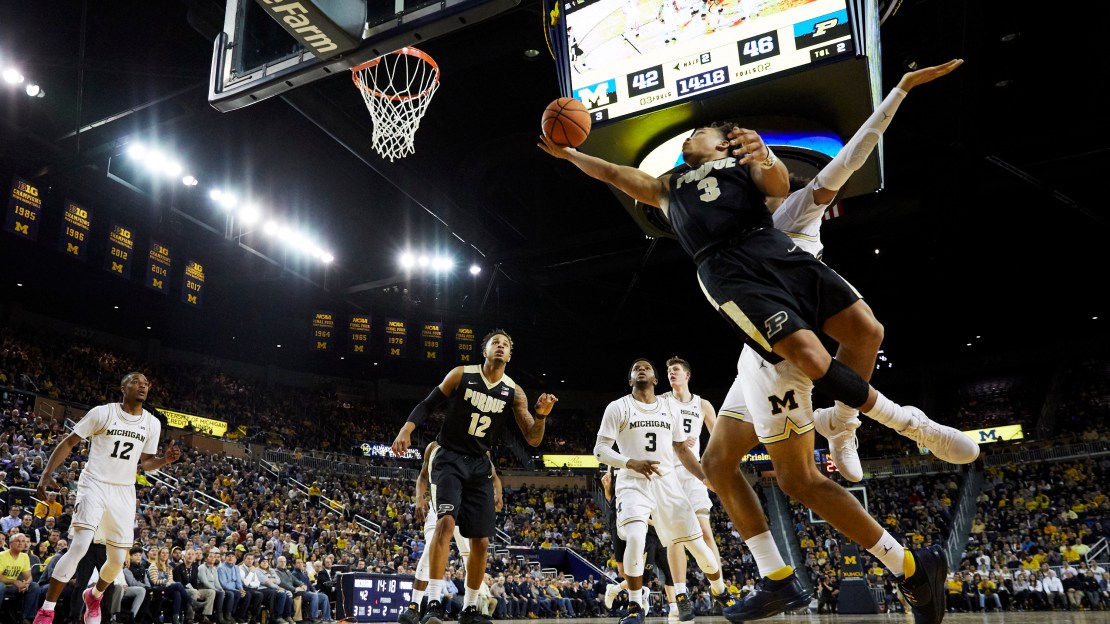 ANN ARBOR, Mich. (AP) Isaac Haas made a tiebreaking free throw with four seconds remaining and No. 5 Purdue remained unbeaten in the Big Ten with a 70-69 victory over Michigan on Tuesday night.

A tight, back-and-forth second half came to a standstill in the final seconds when Michigan's Charles Matthews had the ball knocked away while driving to the basket. The ball was originally awarded to the Wolverines (14-4, 3-2) but after a long replay review, officials changed the call and gave possession to Purdue with 6.2 seconds left.

Michigan had a foul to give and used it with 4.8 seconds to play, and the Boilermakers, who were out of timeouts, inbounded from the sideline near their bench. The ball went to Haas in the post, and Michigan's Moe Wagner reached around from behind and knocked it away.

The whistle blew, a foul was called on Wagner, and Haas made the front end of a one-and-one to give Purdue the lead. He missed the second free throw, Michigan rushed the ball up the court and Matthews took a desperation shot just after crossing midcourt that hit the rim but missed.

Purdue: The Boilermakers have to be considered contenders to win the league title, despite Michigan State's impressive play so far. This was one of Purdue's toughest remaining games, and the Boilermakers pulled it out.

Michigan: The Wolverines stuck with Purdue on a night when the Boilermakers shot 12 of 21 from 3-point range, and Michigan freshmen Isaiah Livers and Jordan Poole continue to show progress.

Purdue: The Boilermakers play at Minnesota on Saturday.

Michigan: The Wolverines play their only scheduled game this season against their in-state rivals, at No. 4 Michigan State on Saturday.