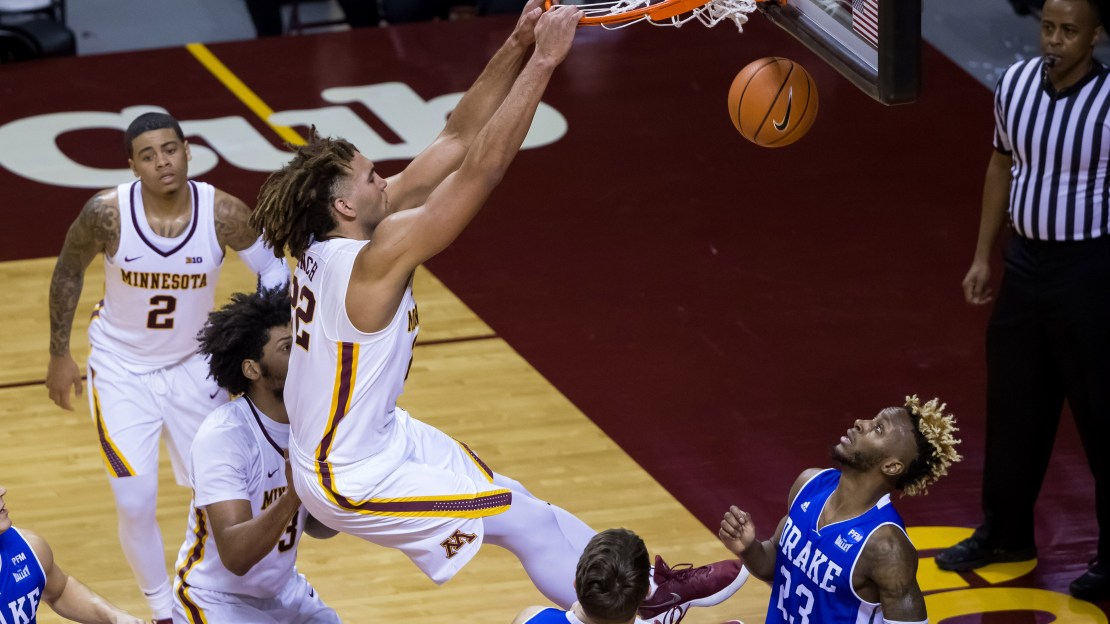 The Star Tribune and the St. Paul Pioneer Press report the university's Equal Opportunity and Affirmative Action office found Lynch responsible for sexual misconduct in an alleged assault April 7, 2016. Both newspapers say they obtained a Jan. 3 finding by the office.

That was the same day as a separate recommendation that he be suspended for sexual misconduct in an unrelated incident alleged to have happened three weeks later.

The school suspended Lynch from games last week but he has been allowed to keep practicing with the team. He is appealing his suspension. He has five weekdays to request an appeals hearing on the recommendation for immediate expulsion.

His attorney, Ryan Pacyga, had no immediate comment but planned to hold a news conference Wednesday.

Minnesota athletic director Mark Coyle said last week that Lynch remains a member of the team for now, although the 23-year-old senior center was suspended from competition. Neither Coyle nor coach Richard Pitino would discuss the specifics of Lynch's case last week, citing student privacy.

In a statement Tuesday, the university said the athletic director decides whether to suspend an athlete after receiving the initial investigative findings and recommended academic sanction.

"The University followed these procedures and the University stands by Mark Coyle's decision," the statement read. The university said it "understands and shares the frustration that it cannot share more information," but is prohibited by federal privacy protections from releasing information on student disciplinary cases.

Lynch, the 2017 Big Ten Defensive Player of the Year, sat out Saturday's 75-71 loss to Indiana at Williams Arena. The Gophers slipped to 13-4 overall, 2-2 in the Big Ten conference.

On Tuesday, Pitino confirmed to the Star Tribune that Lynch was at practice Monday. But the coach said Lynch "didn't do much yesterday just because I'm more focused on the guys who are playing more than anything." He added that Lynch will continue to practice with the team.

Lynch was also suspended during the 2016 offseason, pending a police investigation into a different allegation of sexual assault. Lynch was cleared in that case and reinstated to the team before last season.

Lynch transferred to Minnesota after playing his first two years at Illinois State and sitting out the 2015-2016 season per the NCAA's transfer rule. Lynch, whose uncle, Kevin Lynch, was a star for the Gophers from 1988 to 1991, played at Edina High School in the Twin Cities area.