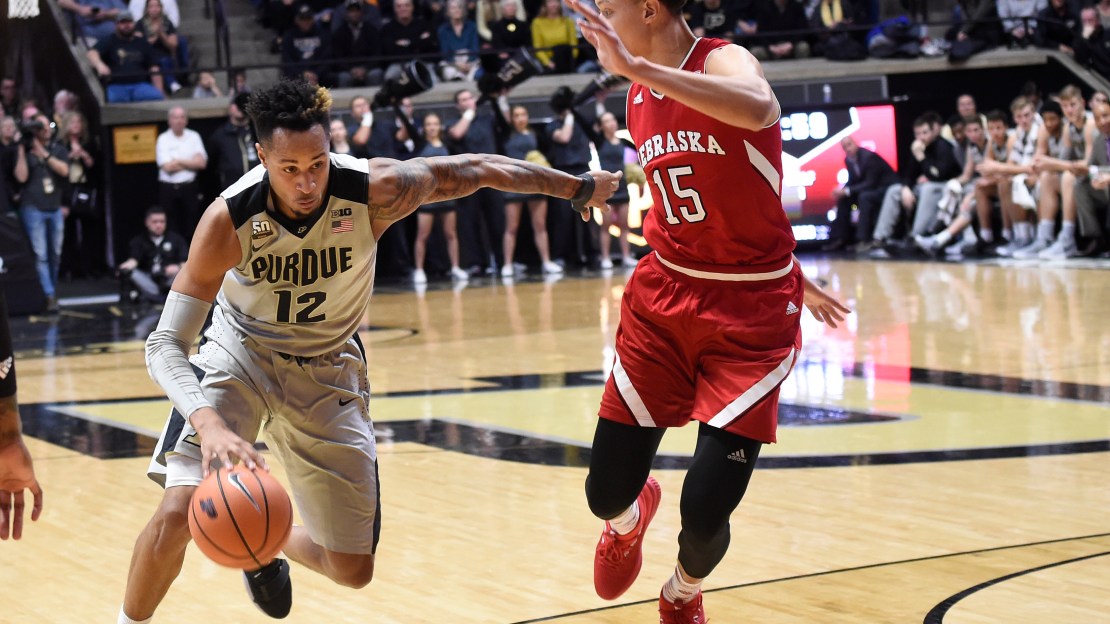 (AP) Vincent Edwards scored 21 points and Isaac Haas added 14 to lead No. 13 Purdue past Nebraska 74-62 on Saturday for its 11th consecutive win.

The Boilermakers (15-2, 4-0 Big Ten) extended their home-court winning streak to 18 and won their 10th straight home game against a conference foe.

James Palmer Jr. finished with 22 points and Isaac Copeland had 16 to lead the Cornhuskers (11-6, 2-2), whose four-game winning streak ended.

It was never really close, though.

Purdue started fast, taking a 10-2 lead less than three minutes into the game and spent most of the first half pulling away. The Boilermakers extended the lead to 33-20 with 5:24 left, and it was only then that the Cornhuskers steadied themselves.

Matt Haarms' layup with 14:05 to go made it 47-33 and after Nebraska closed the deficit to nine, the Boilermakers closed it out with an 11-3 run.

Nebraska: At home, the Cornhuskers have shown they can play with anyone. On the road, they still have a ways to go. Despite an impressive win Tuesday at Northwestern, Nebraska's other two conference road games resulted in a 15-point loss at Michigan State on Dec. 3 and Saturday's 12-point loss, in which they shot 40.7 percent from the field.

Purdue: The Boilermakers have been rolling through the Big Ten. Now they face more challenging tests. If Purdue is still unbeaten in conference play after visiting Michigan and Minnesota next week and hosting Wisconsin on Jan. 16, it would be in prime position to be playing for a second straight Big Ten crown. That certainly is doable.

Nebraska: After holding its first three conference opponents to 36 percent from the field, Purdue shot 44.3 percent. …The Cornhuskers were 6 of 17 from 3-point range and were outrebounded 39-30. The Cornhuskers came into the game averaging 6.1 blocks, third in the nation, but finished with just one. … Nebraska scored its fewest points since the Dec. 3 loss to the Spartans.

Purdue: Has won Big Ten titles six of the previous 12 times it started 4-0 in conference action. … The Boilermakers are 14-0 on American soil. Both of their losses came in the Battle 4 Atlantis in the Bahamas … Purdue's stretch of 30-point wins ended at three, its streak of games with 80 or more points ended at six and its streak of games with 10 or more 3s ended at three. … Edwards also had 10 rebounds and six assists while Haas grabbed six rebounds. … Mathias scored 11 points and had four steals.

Purdue: Heads to Michigan on Tuesday.