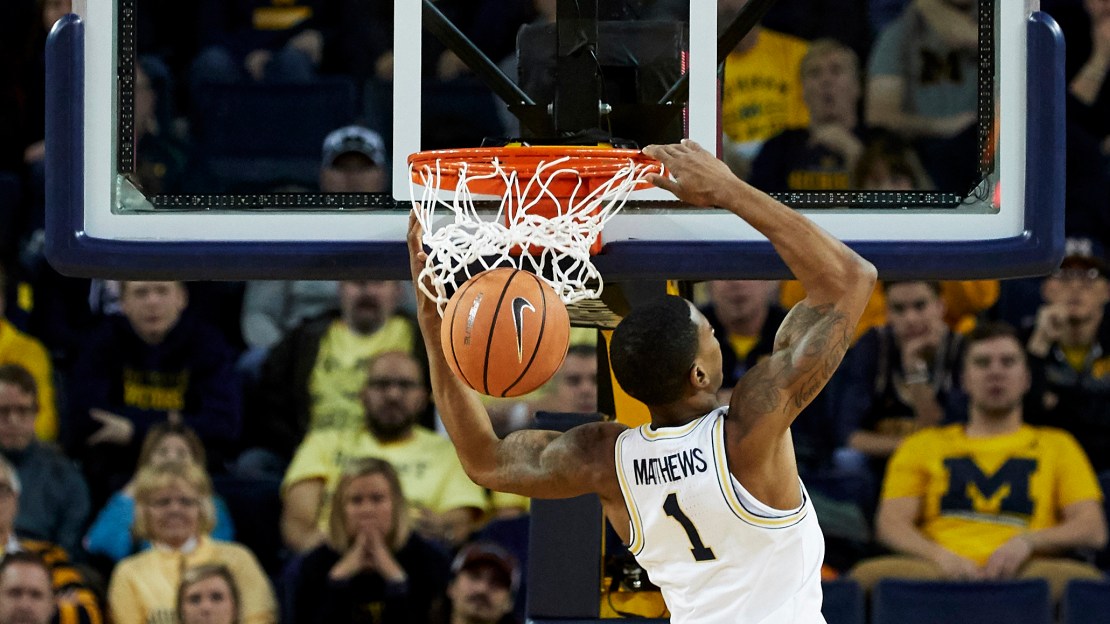 ANN ARBOR, Mich. (AP) Isaiah Livers helped Michigan through a first-half struggle, and Moe Wagner scored 11 of his 14 points in the second to lift the Wolverines to a 79-69 victory over Illinois on Saturday.

Michigan (14-3, 3-1 Big Ten) won its seventh straight game, but only after a difficult first half in which the Fighting Illini caused problems with their defensive pressure. The Wolverines trailed 19-11 when Livers came in. The 6-foot-7 freshman contributed a 3-pointer and three dunks, the last of which put Michigan up 25-23.

Charles Matthews, Michigan's leading scorer, was called for a foul in the first minute of the game and immediately came out. When he returned a few minutes later, he picked up a quick second foul and sat the rest of the half. Matthews and Wagner were both called for their third fouls early in the second half, but that didn't stop the Wolverines from keeping Illinois at bay.

Michigan shot 64 percent from the field in the second half and finished with six players in double figures.

Illinois: The Illini remain winless in conference play, but they forced Michigan out of its comfort zone. Illinois missed all six of its 3-point attempts in the second half, hurting its chances of an upset.

Michigan: This was not a typical game for the Wolverines, with both teams piling up turnovers and fouls. Michigan eventually became more comfortable, and players like Livers and Jordan Poole (11 points) showed off the team's depth.

Illinois: The Illini play four of their first five games on the road this month. The lone home game is up next, against Iowa on Thursday.

Michigan: The Wolverines host No. 13 Purdue on Tuesday night. Since Michigan State doesn't come to Ann Arbor this season, that might be Michigan's biggest home game on the schedule.