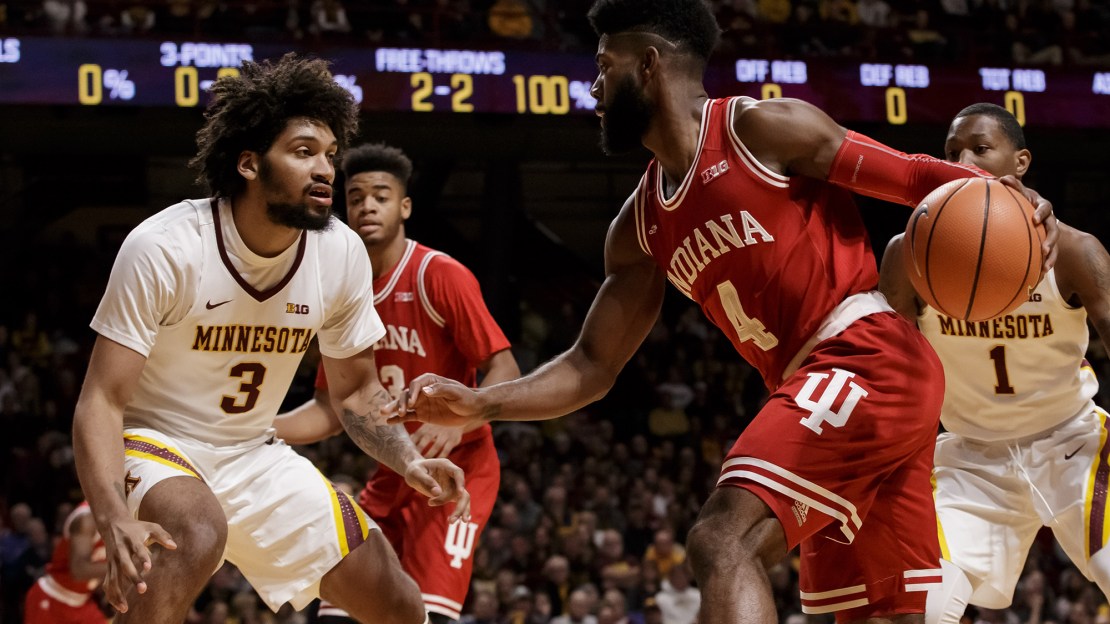 Minnesota had a chance to tie the game in the final 20 seconds, but Mason and Murphy each missed 3-pointers before Johnson controlled the rebound, drew a foul and hit a free throw on the other end to seal the victory for Indiana (9-7, 2-2 Big Ten).

Minnesota (13-4, 2-2) played without two starters, both key figures in their rotation. Senior center Reggie Lynch was suspended on Friday after allegations of sexual misconduct were made public. And sophomore guard Amir Coffey missed the game with a shoulder injury he suffered in Wednesday's victory over Illinois.

Indiana was missing sophomore post De'Ron Davis, who is out indefinitely after he suffered a lower-leg injury in practice on Thursday, and senior sixth man Collin Hartman, who sat out with a sore right shoulder.

Murphy struggled early when being double-teamed by Indiana defenders. He missed 3 of 4 field-goal attempts and had just one rebound before sitting out the last 10:13 of the first half after picking up his second foul.

The Hoosiers threatened to pull away with Murphy on the bench, but each time their lead approached double figures, the Gophers responded. Consecutive 3-pointers by Johnson and a Smith tip-in gave Indiana a 32-23 lead with 3:41 to play in the first half, but the Hoosiers were blanked down the stretch as Minnesota scored the final seven points of the half. Davonte Fitzgerald and Mason hit 3-pointers on consecutive shots to send the Gophers into the locker room trailing just 32-31.

Minnesota raced out to a 48-40 lead on the strength of nine quick points by McBrayer, but Johnson matched him with nine points in a 15-3 run that put Indiana back up by four.

The Gophers bounced back, with Mason hitting a jump shot and a 3-pointer to key a 14-5 run that put Minnesota ahead 67-62 with just under 5 minutes to play. But two 3-point plays by Johnson brought the Hoosiers back and set up a nip-and-tuck final stretch.

Indiana: Morgan keeps adding elements to his game. Going into the game, the junior forward was just 2 for 17 on 3-point attempts this season, but he hit his first three shots from beyond the arc against the Gophers.

Minnesota: Missed free throws down the stretch killed the Gophers. In the final three minutes, Mason and McBrayer each missed one of two free throws, and Murphy missed the front end of a one-and-one with 25 seconds left and Minnesota trailing by just one.

Minnesota: At Northwestern on Wednesday.