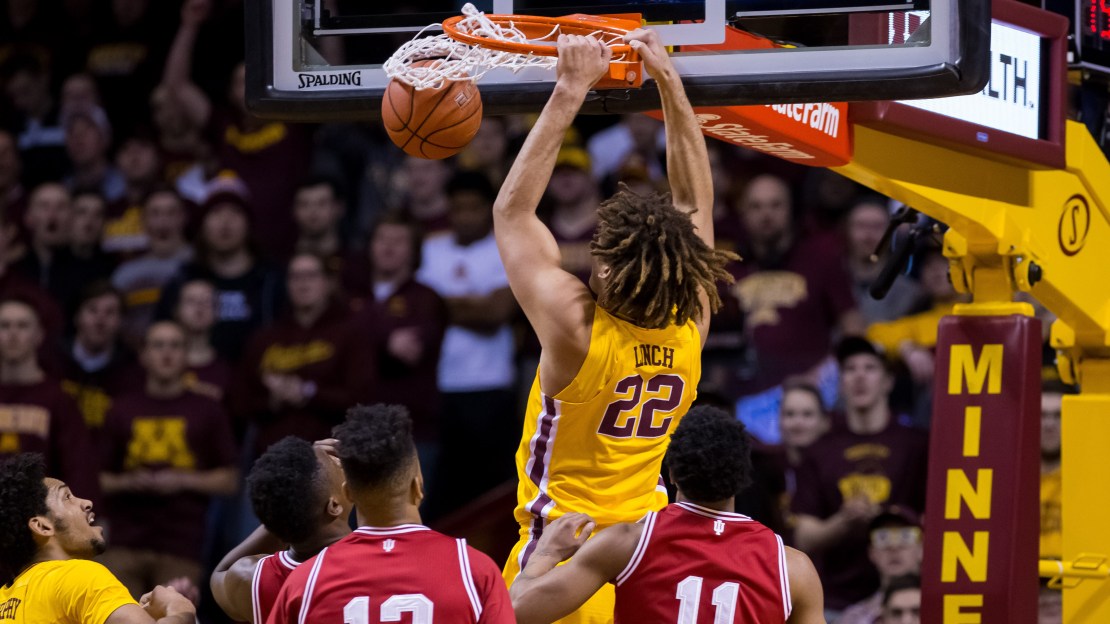 MINNEAPOLIS (AP) University of Minnesota standout Reggie Lynch faces suspension over an alleged violation of the school's sexual misconduct policy after a second woman accused him of assault, according to newspaper reports published Friday citing a school investigation.

The St. Paul Pioneer Press and Minneapolis Star Tribune are reporting that Minnesota's Office for Equal Opportunity and Affirmative Action is recommending that Lynch be suspended from the school until 2020 for violating the school's sexual harassment policy.

The Star-Tribune is reporting that Lynch will appeal the decision.

Both newspapers obtained the report. Neither provided details of the alleged assault.

The Star Tribune said neither Lynch nor his attorney returned calls seeking comment. The Associated Press sent an email to a university spokesman and left a phone message at what appeared to be Lynch's parents' home early Friday.

It was not immediately clear if police are investigating the latest allegation. AP left email and phone messages for Minneapolis police spokesman Scott Seroka.

Lynch, 23, is last year's Big Ten Defensive Player of the Year.  He is playing his final year of college eligibility, averaging 10 points, eight rebounds and four blocks. The 6-foot-10-inch Edina native set a single-season record at Minnesota with 114 blocks.

Lynch transferred to Minnesota after playing two seasons at Illinois State. He sat out the 2015-2016 season and became the Gophers starting center last season.

It's the second EOAA investigation into allegations of sexual assault by Lynch. He was arrested on suspicion of sexually assaulting a 19-year-old woman in a campus apartment building on May 8, 2016, but wasn't charged and was cleared following an investigation by the university. The EOAA investigation found in that case that it more likely than not that Lynch reasonably believed the sex was consensual.

After his arrest, Lynch was suspended from the team while Minneapolis police investigated the case. He was reinstated after the Hennepin County Attorney chose not to charge him and the EOAA investigation was completed.