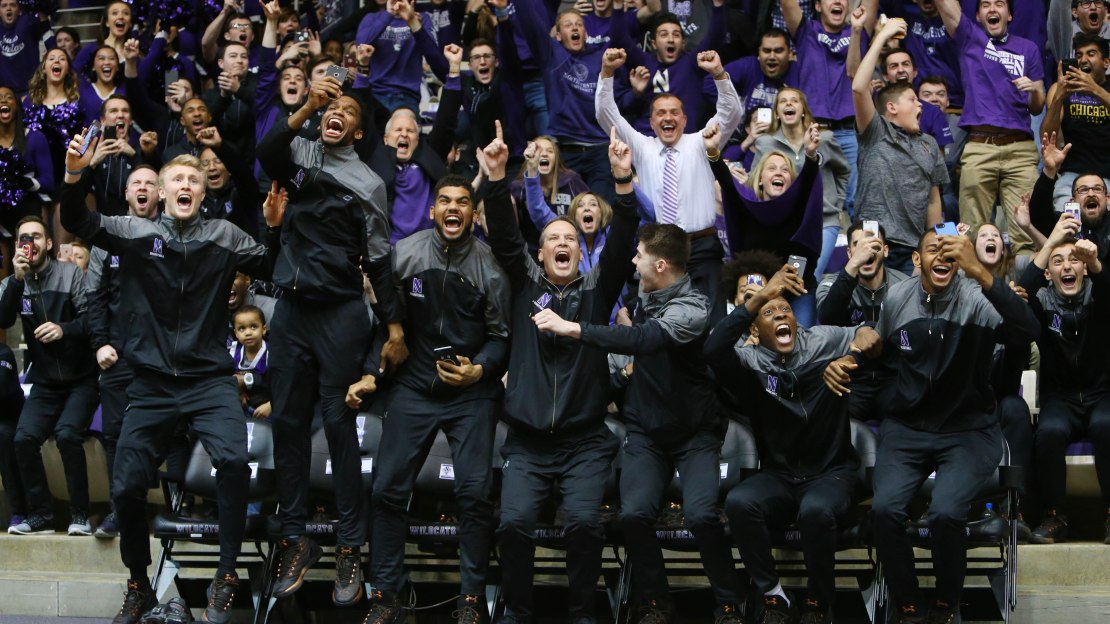 BTN and BTN Originals today announced First Dance, chronicling the historic 2016-17 Northwestern men's basketball season, will premiere on Tuesday, Jan. 23 at 11 p.m. ET/10 p.m. CT following NU's game against Minnesota on BTN. The documentary takes an inside look at the Wildcats' resilience, struggles and triumphs en route to the first NCAA Tournament berth in program history. The trailer can be found here: www.btn.com/firstdance.

For the first 78 years of the NCAA Tournament, which began in 1939, the Northwestern Wildcats watched March Madness at home with the rest of America. As a new season dawned in the fall of 2016, a group led by fourth-year head coach Chris Collins sought to change the course of the program and finally earn a bid to the Big Dance. After a 23-win season that featured both thrilling wins and painful losses, the Wildcats experienced Selection Sunday not as spectators, but as participants. Surrounded by thousands of fans in Welsh-Ryan Arena, Northwestern was selected as a No. 8 seed and went to its First Dance in the 79th NCAA Tournament.

"It's hard to imagine any Northwestern or Big Ten basketball fan will ever forget the thrilling ride the Wildcats had in 2016-2017," said Bill Friedman, Coordinating Producer for BTN Originals. "First Dance captures the range of emotions that the Northwestern players, coaches and loyal fan base endured throughout a season that will be remembered forever."