Purdue pulls away from Lipscomb behind Vince Edwards' big night 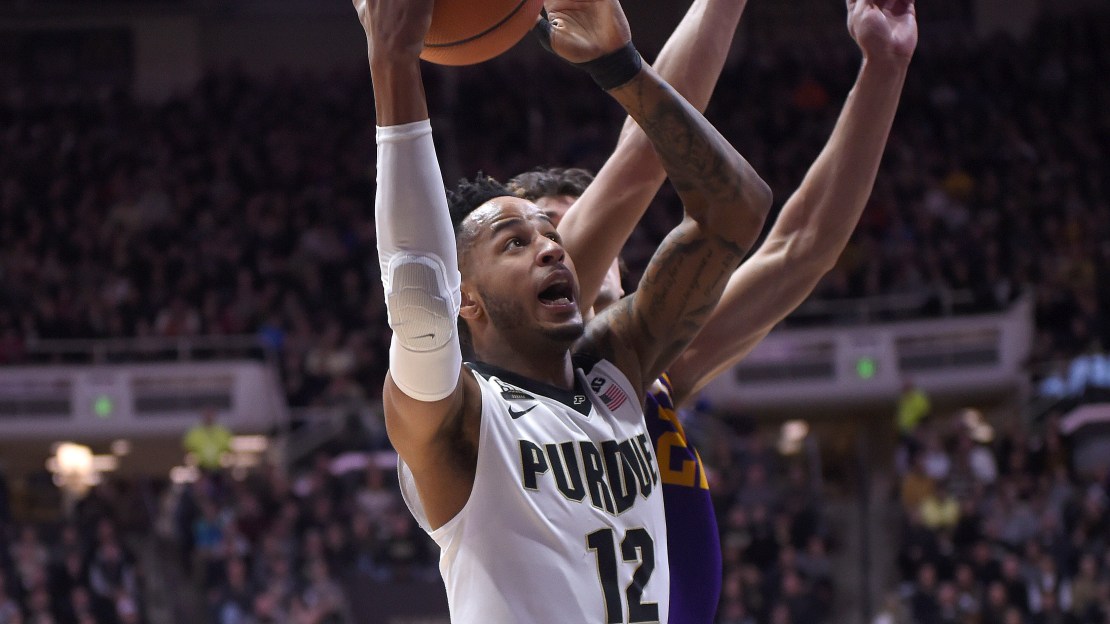 Carsen Edwards scored 18 points, and Dakota Mathias had 15 for the Boilermakers (13-2). They haven't lost a game played in December in the last two years.

Purdue had a 12-2 run early in the second half to finally begin to pull away, and Dakota Mathias scored to give the Boilermakers a 59-43 lead with 16:04 remaining. Purdue later used a 13-0 run to put it away.

Vincent Edwards scored back-to-back 3-pointers and then made three free throws to put the Boilermakers ahead 75-52 with 9:33 left to play. Before that, the Bison wouldn't let Purdue go on a run big enough to build a big lead.

The Boilermakers never trailed and led by as much as eight in the first half, but the Bison found a way to tie it five times. And despite a drought of nearly five minutes without a field goal late in the first period, Purdue still had a 43-38 halftime lead.

Lipscomb: The Bison began the season with the best start in the school's NCAA history, and best since 1999-00 when they opened the 16-0 as part of the NAIA.

Purdue: Not only have the Boilermakers put together a long winning streak in the month of December, but they've won nine straight overall and 16 in a row at home.

Lipscomb: Will host Fisk University on Wednesday before the start of Atlantic Sun Conference play at Kennesaw State on Saturday.

Purdue: Returns to Big Ten play for the rest of the regular season, starting with a home game against Rutgers on Wednesday.