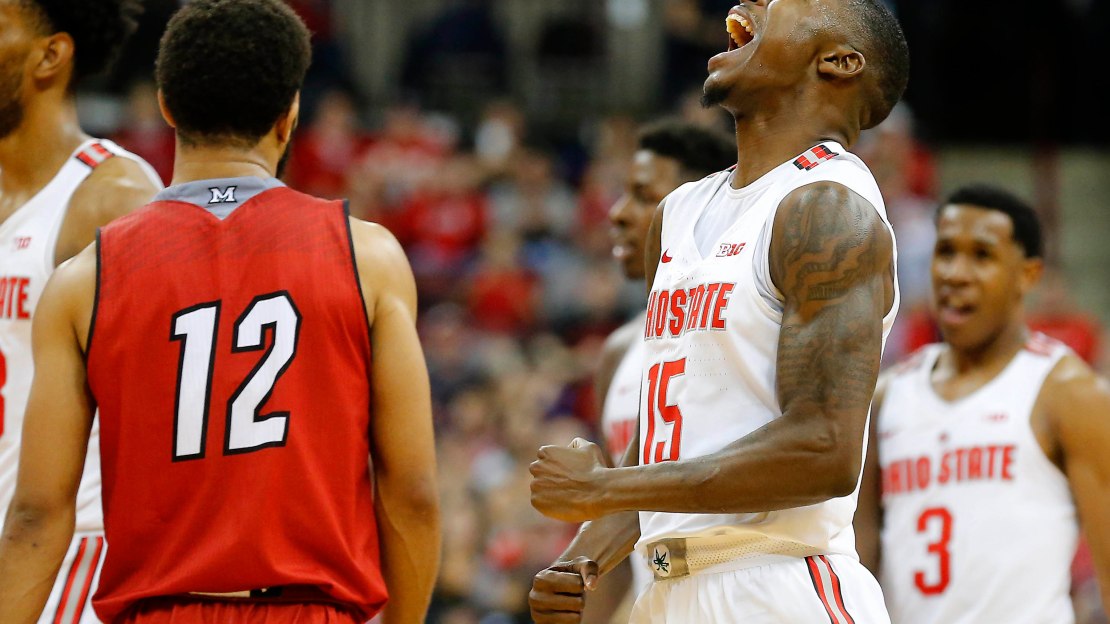 (AP) Miami kept fighting back against Ohio State and stayed in the game on Saturday, but the Buckeyes pulled away late to cap a 72-59 victory over an in-state rival.

The scrappy Redhawks pulled within three points with 6:03 left in the game, but the Buckeyes ripped off a 15-2 run on the way to the win at Value City Arena. Ohio State (11-4, 2-0 Big Ten) led by as many as 17 in the half, but couldn't put Miami away for good until the final minutes.

"We just needed to get consistent stops," Ohio State guard Kam Williams said. "We can't trade baskets with anybody, especially going into the Big Ten play. You trade baskets, and the next thing you know you're down 20. So we needed to nip that in the bud as soon as possible, and we did."

Keita Bates-Diop scored 19 points to lead Ohio State, despite going zero for 6 from beyond the 3-point line.

C.J. Jackson added 16 points and Williams had 15 for the Buckeyes, who wrapped up their nonconference schedule with an uneven effort against a young Mid-American Conference team.

After the Redhawks got within three on a Dalonte Brown layup, Jackson and Williams responded with back-to-back 3-pointers on the final run that included a dunk by Jae'Sean Tate.

"I think we just relaxed a little bit, once we saw the big lead we kind of took our foot off the gas pedal, and we can't do that," Williams said. "They went on a run, and obviously, that's not what we want."

The Buckeyes have won six of their last seven, with the only loss to No. 5 North Carolina a week ago.

Darrian Ringo led the Redhawks (7-6) with 16 points, and Bam Bowman came off the bench to score 15, all on 3-pointers.

"I liked the fight of our guys," Miami's rookie coach Jack Owens said. "They came out and competed. We had a chance to win. We put ourselves in position."

The Buckeyes held on to 35-28 lead at the intermission, with Musa Jallow hitting a 3-pointer with 43 seconds left in the half to open up the margin. Both teams shot 38 percent in the half, with Ohio State hitting just 1 of their first 9 attempts from the floor.

Miami: Young team ran tough with the Buckeyes for most of the game but in the end couldn't keep up when the more talented opponent started hitting its shots down the stretch.

Ohio State: The Buckeyes were inconsistent in beating a middling MAC team, one final tune-up before they plunge into the Big Ten schedule. They needed some 3-pointers to pull away in the second half.

It might have been a different game if Miami had been able to shoot better.

The Redhawks shot a terrible 36.7 percent for the game. They attempted 33 3-point shots but hit just nine. Bowman had five of them in seven attempts.

The Buckeyes weren't much better, hitting just 41.8 percent for the game.

"You could definitely tell they had a chip on their shoulder. Just from the beginning, it got a little chippy. So we knew right then that they had come to play. Give them credit. They're a tough team." – Jackson.