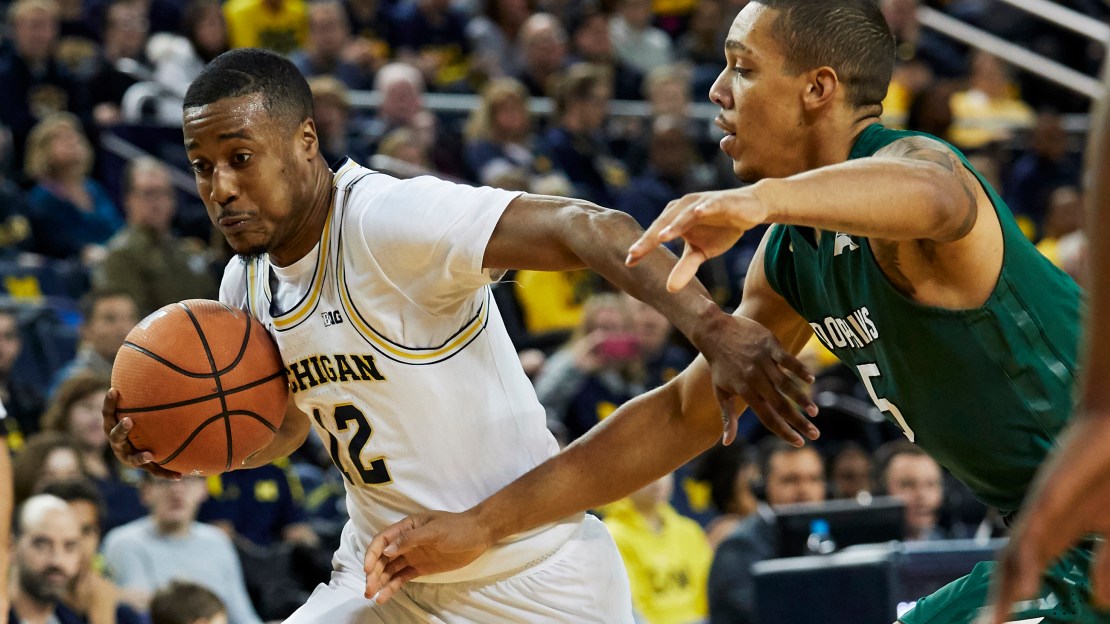 ANN ARBOR, Mich. (AP) The Michigan Wolverines didn't paint a pretty picture on their way to a fifth straight victory, but that didn't make the triumph taste any less sweet.

"Every win is a great feeling," Michigan forward Charles Matthews said after the Wolverines downed the Jacksonville Dolphins 76-51 on Saturday.

Even his coach wasn't about to debate that theory.

"There's no ugly win," Wolverines coach John Beilein said. "Ever. Those are the ones you cherish."

Not that Beilein wants to see a repeat performance as Michigan (12-3) prepares to enter its slate of Big Ten games. The Wolverines turned the ball over 14 times, 10 of those coming in the first half.

"If this was a Big Ten-caliber team, we wouldn't have got a W whether we were home or away," Beilein said. "I saw a lot of people missing shots that the Big Ten players will be making."

Michigan led 32-18 at intermission, as Jacksonville shot just 26 percent (8 of 31) from the field in the first half.

"Give them credit," Dolphins coach Tony Jasick said. "I thought defensively they were really good tonight.

"We struggled offensively, but I thought our guys competed for the better part of 30 minutes."

The Wolverines began their win streak with a 78-69 overtime decision over UCLA on Dec 9. Victories at Texas and over Detroit Mercy and Alabama A&M followed prior to the Christmas break.

The Dolphins have lost four of their last five games.

Abdur-Rahkman was a perfect 7 of 7 from the field, including 2 of 2 from 3-point range. His only miss was at the free-throw line, where he made 4 of 5.

Generally, Abdur-Rahkman prefers to watch others pile up the points.

"He's incredibly unselfish," Robinson said. "I think it's an anomaly to find a guy who truly doesn't care who scores. I try to be that way, too, but I'm not saying that I always am."

Beilein believes Abdur-Rahkman could be a secret weapon for the Wolverines moving forward.

"We're realizing there are some things we can structure on offense to get him in more downhill situations," Beilein said. "I want him to take more shots, but it's my job to get him more opportunities."

After missing two games with a bruised foot, Wolverines forward Mo Wagner scored seven points and pulled down six rebounds in his return to action.

"I'm just glad that Mo could make a basket," Beilein said. "He had two-and-a-half weeks completely off. You could see that there was an effect there. It was good to get that out of him."

Jacksonville: The Dolphins are 0-7 on the road this season. Jacksonville's Jasick and Michigan's Beilein are the only coaches in the nation over the last seven years to improve their win total in three successive seasons on two different occasions. Jasick is a native of Whitehall, Mich. Redshirt freshman forward Damien Sears was a high school football teammate of Dallas Cowboys quarterback Dak Prescott in Haughton, La.

Michigan: Sophomore Jon Teske averaged 11 points and seven rebounds per game while filling in for Wagner the previous two games. Matthews' 31-point effort against Alabama A&M in Michigan's previous game made the junior forward the first Wolverine to score 30 points in a game since Aubrey Dawkins scored 31 against Rutgers on March 7, 2014.

Michigan: Resumes Big Ten play with a game at Iowa on Tuesday.