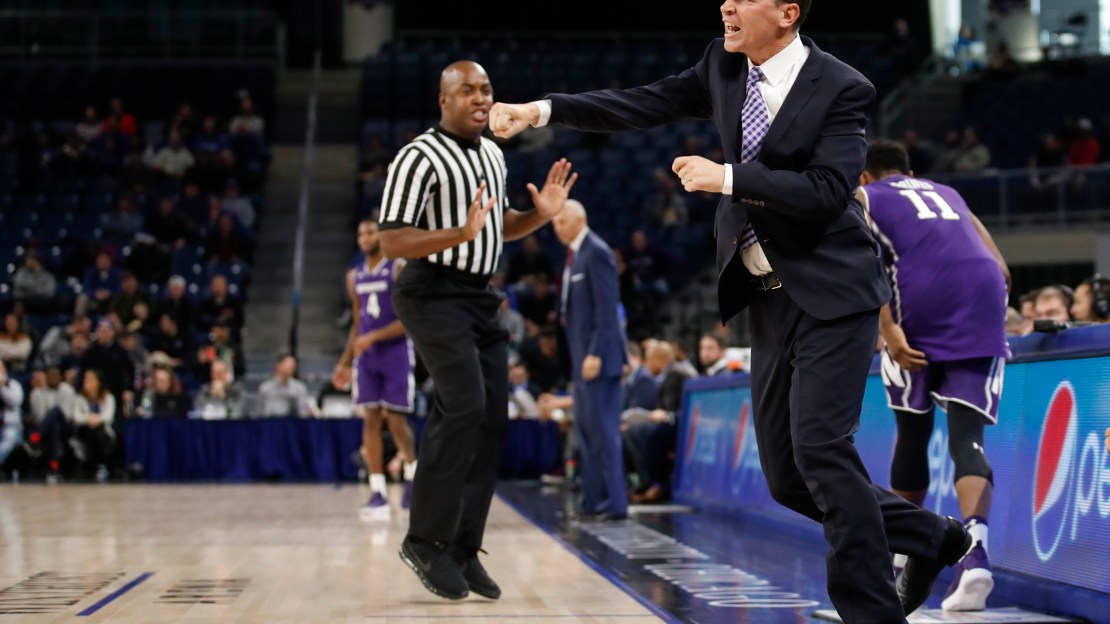 (AP) Bryant McIntosh went down with a left knee injury, and Northwestern fell behind Brown by seven points.

The Wildcats opted not to panic. Without their senior point guard, they turned to other weapons.

Dererk Pardon scored 18 points to lead Northwestern to a 95-73 victory over Brown on Saturday.

Scottie Lindsey added 14 points and McIntosh had 13 for the Wildcats (10-5), who have won five of six. Vic Law and Anthony Gaines added 11 points apiece for Northwestern in its final nonconference game.

"That's a big hit for our team," Pardon said about McIntosh's injury. "We were kind of concerned, but we knew we had to finish the game out."

"We stayed poised and disciplined," Collins said. "We turned up our defensive intensity a little bit. We were able to start getting some stops and played through the post a lot."

"We started the half with really good energy and we made shots," Brown coach Mike Martin. "We just weren't able to get enough stops in the second half."

Law returned to action after he missed the last two games due to a concussion. But the Wildcats lost another player when McIntosh left the game with the knee injury early in the second half.

The Wildcats shot 54.1 percent from the field to Brown's 39.1 percent.

A Cambridge 3-pointer and two Joshua Howard free throws put Brown ahead 47-46 with 17:37 left for its first lead since the game's early minutes.

After a scramble for a loose ball, McIntosh went down holding his knee and exited the game with 17:14 remaining.

"We just wanted to get back to playing Northwestern basketball," guard Jordan Ash said. "We felt like we weren't fighting like we should have been."

Two Lindsey free throws put Northwestern ahead by 15 with 2:53 to go.

"Their bench really stepped up and made some big plays," Martin said. "The big guy, Pardon, was a load for us."

Brown: The Bears were second behind Harvard in the Ivy League standings after they were picked to finish last in the conference in a preseason media poll.

Northwestern: The Wildcats have had their ups and downs after reaching the NCAA Tournament for the first time in school history last season. Notably, they beat Illinois 72-68 in overtime, but they have a pair of lopsided losses to No. 12 Oklahoma and No. 22 Texas Tech.

Collins said he knew little about McIntosh's knee injury. The Wildcats plan to replace him by committee.

"You just pray for a guy like that who's a senior that it's not something that's going to cost him an extended amount of time, especially when you're in your last year," Collins said.

The Wildcats were ahead 42-37 at halftime. Brown turned the deficit into a seven-point lead.

"To start the second half, they scored five or six straight possessions," Collins said. "Whatever motivational speech I gave at halftime was not good. I can't go back to that one again."

Brown: Hosts NJIT on Wednesday for its final nonconference game.