Nebraska holds off Stetson to close out nonconference play, 71-62 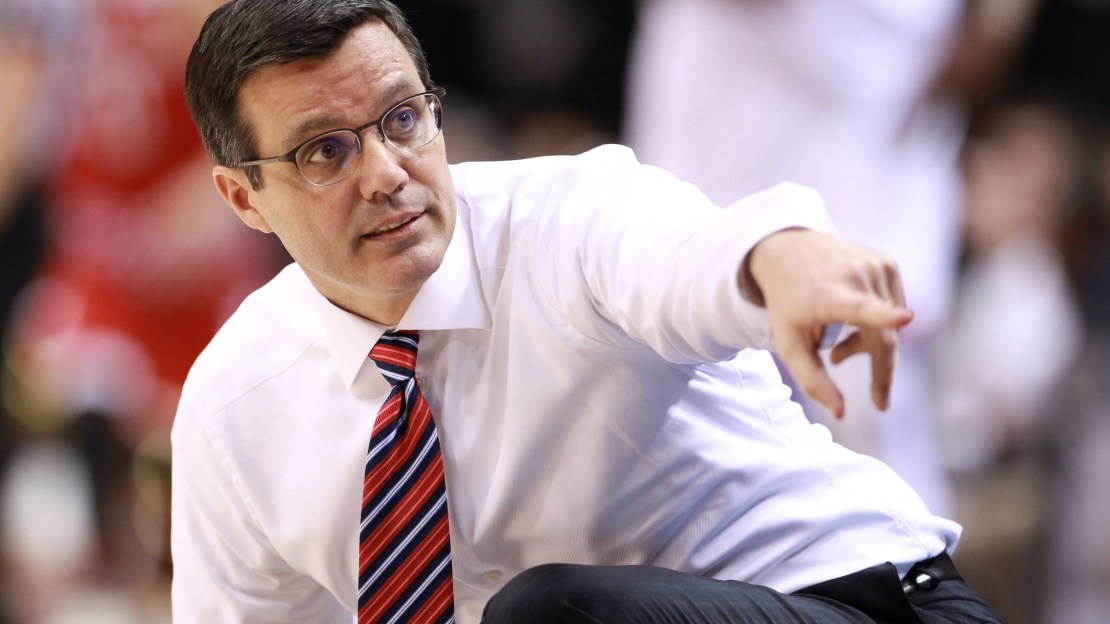 LINCOLN, Neb. (AP) A week ago, Tanner Borchardt fulfilled the walk-on's dream, receiving a Nebraska basketball scholarship. Friday night, Borchardt came off the bench to score a career-high 8 points and grab 10 rebounds in 12 second-half minutes and the Huskers pulled away from Stetson late to take a 71-62 win.

"In my mind, the underdogs won tonight, said Nebraska coach Tim Miles. If you look at this game and you look at the way Stetson played, they outplayed us…We were lucky enough to have an underdog in Tanner Borchardt, who came out and really did some great things in a short amount of time that I thought helped steady us, give us a little bit of a lead and a shot of confidence."

Nebraska guard Evan Taylor was more direct about the contributions of Borchardt, a junior who had a total of 12 points and 25 rebounds in his career before Friday.

Nebraska (10-5) trailed just once in the game, after Stetson's Luke Doyle hit a 3-pointer on the opening possession of the second half. But the Huskers couldn't shake the Hatters, who tied the game three times in the final minutes, the last at 48 on Doyle's 3-pointer with 9:15 left.

Stetson (7-8) then went scoreless for more than 5 minutes and Nebraska went on a 10-point run that began with a steal and a layup by Taylor and ended with a pair of James Palmer, Jr. free throws that put Nebraska up 58-48 with 4:25 left.

The Hatters cut the lead to six twice but final-minute dunks by Taylor and Palmer sealed the win for Nebraska.

Borchardt sparked the sluggish Huskers in the second half, including a block that led to Palmer's free throws. He said he didn't expect to have that kind of impact on the game, but was prepared when his number was called.

"Whatever coach wants of me, I'm going to go in there and do," Borchardt said. "He told me coming out at halftime he was going to use me off the bench, so I just had to stay ready. It's all those reps on scout team getting me ready for this moment."

Both teams struggled from the floor in the first half, Nebraska shooting just 24 percent against the Hatters' swarming zone defense and Stetson shot 33 percent. The Hatters hit 36 percent of their shots in the second half while Nebraska improved to 44 percent.

"Defensively they did a good job," Stetson coach Corey Williams. "Their length, at times, bothered us. I just think we could've finished some plays at the basket. I thought we had some open shots that went in and came out. If they would've went in, then maybe it's a different ballgame. They certainly stepped up and made big plays. Make more baskets, get to the free-throw line more, that would've helped."

Isaac Copeland and Palmer each scored 13 for Nebraska but were a combined 8 of 32 from the field. Anton Gill had 12 points for Nebraska and Taylor had 10 points.

Divine Myles had 17 points for Stetson. Abayomi Iyiola had 15 points and Doyle had 12 points.

Miles on the players reaction to Borchardt during the game. "It's a true celebration on the bench. They were telling me, `Coach we've got to run a play for Tanner so he gets his double-double.' I said `We've got to win the game. Tanner can go tip one in and get his double-double.' He almost did that…They're looking out for him like that. I'm clueless out there. They have the information. I don't know if they have their phones on or its one the scoreboard. Maybe they count better than I do."

Miles on Nebraska's poor shooting: "Three of our top guys go 8 for 35," Miles said. "That's a tough night. I thought we still defended all right."

Nebraska: The Huskers travel to Evanston, Illinois, Tuesday to resume Big Ten play against Northwestern. Nebraska is 1-1 in the Big Ten this season.