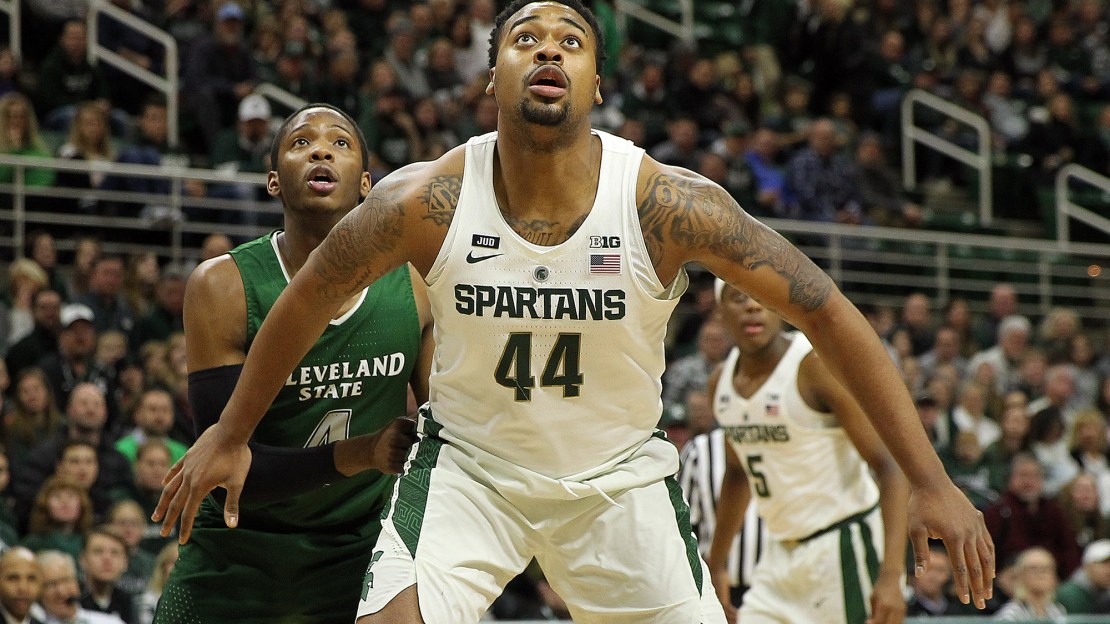 EAST LANSING, Mich. (AP) Nick Ward had 22 points and 14 rebounds, and No. 2 Michigan State rolled to a 111-61 victory over Cleveland State on Friday night, the third straight game for the Spartans with over 100 points.

The Spartans led 63-25 at halftime after shooting 74 percent from the field in the opening 20 minutes – including 9 of 13 from 3-point range. Michigan State (13-1) is making short work of the weaker opponents on its schedule. The Spartans scored 107 points against Houston Baptist and 102 against Long Beach State.

Michigan State finished 15 of 26 from beyond the arc and shot 65 percent overall.

The Spartans led 18-4 after making their first seven shots from the field. It was 38-9 after a 3-pointer by Matt McQuaid.

Cleveland State made a few outside shots of its own, but the Vikings could never do much to trouble the Spartans. Michigan State surpassed 100 points with over 5 1/2 minutes remaining.

Cleveland State: The Vikings were never in this game after Michigan State's sharp start, and Cleveland State had little chance to keep it close on a night when the Spartans were shooting so well from the perimeter.

Michigan State: It would have been easy for the Spartans to fall into bad habits in such a one-sided game, but they maintained their offensive balance and kept sharing the ball. Six Michigan State players finished with at least three assists.

Cleveland State: The Vikings open their Horizon League schedule at home against Youngstown State on Monday.

Michigan State: The Spartans will probably reach triple digits again when they host Savannah State on Sunday. The Tigers have allowed at least 100 points eight times already this season.