Dot Commentary: With what we know now, how many Big Ten teams will dance? 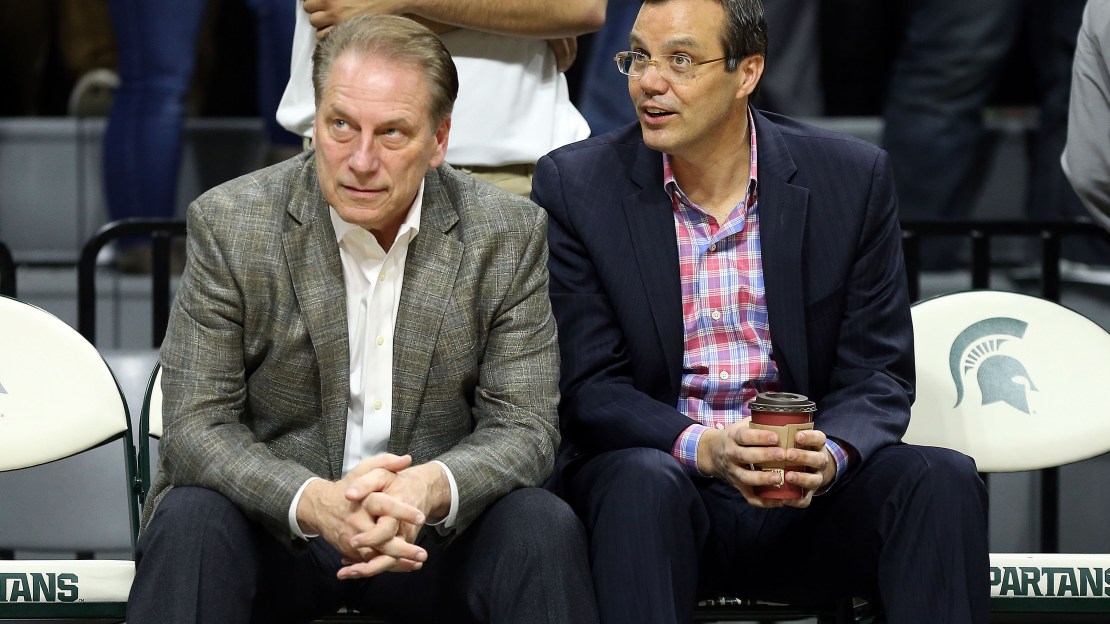 With 2017 and the men's basketball non-conference schedule nearly behind us, it's a good time to use this waypoint to evaluate what we've seen so far and what it all means in regards to March. Plus, the two Big Ten games each team has played provides a valuable preview of what we might see in these next couple of months.

The Big Ten was battered in the Big Ten/ACC Challenge, but teams have risen up along the way for some quality non-conference wins. Michigan State might be playing the best ball in the country, with Purdue not far behind. But the conference has also seen two preseason Top 25 teams (Northwestern and Minnesota) fall out, with no new squads entering. That leads to this week's Dot Commentary topic for the BTN.com team of Tom Dienhart and Alex Roux:

Based on what we've seen so far, how many Big Ten teams will get in the NCAA tournament?

The nitty-gritty of the college basketball season is about to begin, with conference play set to commence in full force. But it's never too early to take a peek ahead toward March and the NCAA tourney. How many Big Ten teams will make the Big Dance? I say seven.

Michigan State, Purdue and Minnesota look to be locks. In fact, the Spartans are likely to enter the NCAA tourney as a favorite to win the whole thing, which the Big Ten hasn't done since MSU turned the trick in the 2000 Big Dance. The Boilermakers seem to have the makings for a deep run in March, even without Caleb Swanigan. In fact, this year's team is better in some ways without the 2017 Big Ten Player of the Year. The Golden Gophers are loaded with length and athletic ability, you just wonder if they are ready for the big stage and push past the Sweet 16, however. Still, this team will go dancing.

After the Big Ten's "big three," I expect to see Maryland (11-3), Michigan (11-3) and Penn State (10-4) in the NCAA tourney. Yes, each squad has work to do. But there is talent-and good coaching-that should push those three to the Big Dance.

Lastly, I like Nebraska. Yes, the Cornhuskers. This is one of Tim Miles better teams. To wit: NU almost toppled Kansas this season. And Nebraska already has beaten Minnesota. I think Nebraska will keep improving and get to the NCAA tourney for the first time since 2014. And, who knows: Maybe the Huskers will win their first Big Dance game ever.

Looks like I was a little over-optimistic a couple months back when I predicted the Big Ten would get a record eight teams into the Big Dance as part of our "Bold Predictions" article entering the season. Hey, the theme was labeled bold for a reason, and it would take an even bolder push from a handful of middle-of-the pack teams for my prediction to even come close to coming true. With some of the struggles we've seen from Big Ten teams I figured would have a good chance to get in (Wisconsin, Iowa, Northwestern), I'm scaling back my projection to six.

Michigan State (12-1) and Purdue (12-2) have actually exceeded my expectations, which were high to begin with. And while Minnesota has underwhelmed a bit as of late, they're too talented to not get it rolling and cruise into the NCAAs. That leaves three more teams who need to make it–all of which I'd place in the "bubblicious" category if the season ended today.

Maryland and Michigan (both 11-3) have nearly identical metrics at the moment, and I expect both to do enough to go dancing with a few moves to spare. The Terps will have to overcome the loss of Justin Jackson due to a season-ending labrum tear, and they'll have to pick up a signature win or two along the way, as well. A rematch with Purdue and two shots at Michigan State will provide them some chances.

I've seen doomsday scenarios thrown out there during the Big Ten's non-conference struggles that the league would get four or fewer teams selected on March's second Sunday, but I recall last year's weak bubble and just don't buy it. Teams like last year's Illinois and Iowa wouldn't have had a prayer in previous seasons with their resumes, but both refused to fall off the bubble until the final week of last season. I haven't seen much evidence to indicate the bubble will be much stronger this season, and if the five teams I mentioned make it without breaking too much of a sweat, just one more team needs to slide in to give the conference six.

I believe at least one of Penn State, Nebraska, Ohio State, Northwestern, Illinois or Iowa will do enough to make it, but who emerges from that group is anyone's guess. I was all in on Penn State entering the season because they have a roster with NCAA tournament-worthy talent, but last week's loss to Rider is potentially devastating. I'm not as sold on the Huskers as Tom is, but I can envision their path to the Dance behind the emergence of James Palmer Jr. and Isaiah Roby. Ohio State (10-4) and Northwestern (9-5) have work to do, but I believe both have quality rosters and coaches capable of making it. Illinois and Iowa both could improve as the season goes on, but will it be enough after they've stacked so many losses before January?

The parity of the league could end up costing it a bid or two as the teams beat up on each other these next two months, which is why I think only one of those five teams mentioned in the Unknown Group is able to sneak in. There's still so much ball to be played, but I'm confident at least six teams will hear their names called. The league is too deep and the bubble is too soft for anything less.