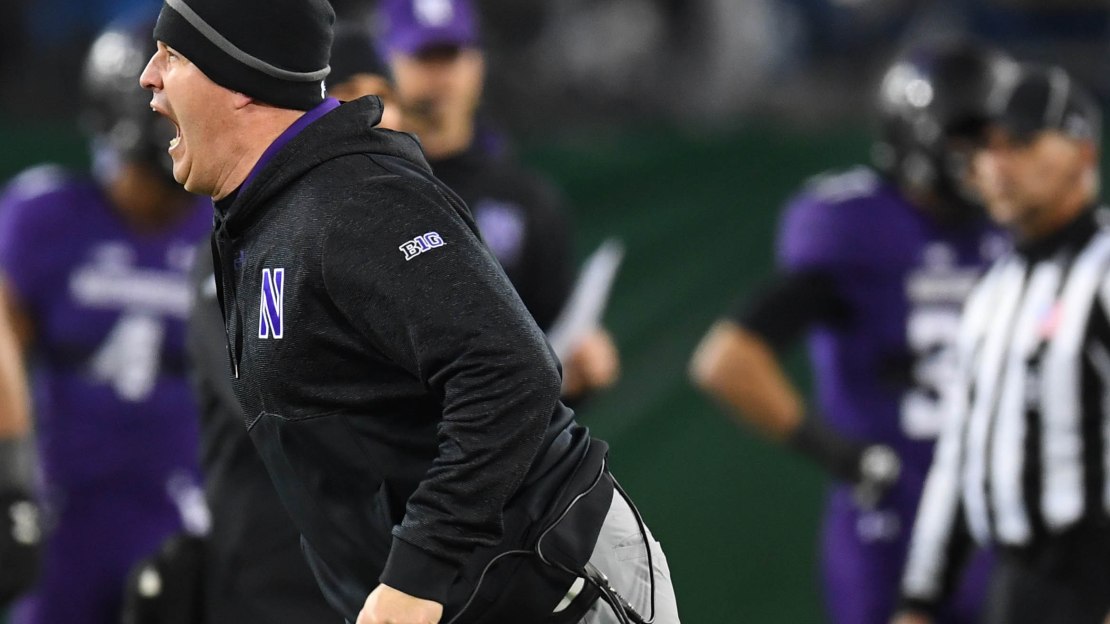 Northwestern had to turn back a two-point conversion attempt that would have won the game in the final seconds, making for some tense moments for Wildcat fans. But it was worth the stress for NU, which held on for a 24-23 win vs. Kentucky in the Music City Bowl.

The triumph gives Northwestern a 10th win for just the fifth time in school history. And NU also has won back-to-back bowls for the first time ever.

While there were some great efforts in this game, it's the officiating that took center stage. Too bad. Bowls are supposed to be celebrations of a team's season. But the Music City Bowl quickly became embroiled in controversy thanks to some dubious calls by the officials in the first half that saw star Kentucky running back Benny Snell, Jr., get ejected and star Northwestern linebacker Paddy Fisher get the boot.

Despite all of that, Northwestern found a way to stay focused and pull out a victory despite two late coaching decisions by Pat Fitzgerald that almost cost NU the game. The most scrutinized move by Fitz will be his choice to go for it on 4th-and-1 from his own 39-yard line with 2:31 left and leading by seven. NU got stuffed, allowing UK to take over and march to a TD with 37 seconds left. But instead of going for the tie and forcing OT, Kentucky went for the win on the two-point try ? and failed on a pass attempt.

BEST OF THE MUSIC CITY BOWL

Best play: After Northwestern was thwarted on a 4th-and-one at the Kentucky 2-yard line in the fourth quarter, the Wildcat defense took matters into its own hands when S Kyle Queiro picked off a pass and tight-roped down the sideline to pay dirt to give Northwestern a 24-14 lead with 7:49 left in the game. That defensive score bailed out the offense and an iffy decision to go for it on fourth down.

Best player: RB Justin Jackson. He went out with a bang, running 32 times for 157 yards and two TDs. It was a vintage workhorse effort by Jackson, who moved into the Top 10 of all-time rushers in FBS history.

Best moment: Watching injured Northwestern QB Clayton Thorson come back on the field in street clothes using crutches to watch NU in the second half. His teammates gave him something to cheer about, sewing up a win to cap the season.

OFFENSE: B. Early in the second quarter, Northwestern QB Clayton Thorson had to be carted off the field after catching a throw-back pass and hurting his right knee. Matt Alviti took over and finished the drive to give NU a 10-7 edge. And Alviti continued to deliver in what became a grind-it-out offense without Thorson, playing to the running strengths of Alviti (54 yards rushing) and the Wildcat running backs. As a team, NU hit just 9-of-21 passes for 109 yards. But it didn't matter because of the potent ground assault.

DEFENSE: A. The NU defense got a big break when star UK running back Benny Snell, Jr., got booted for making contact with an official in the second quarter. It seemed to be a dubious call that wasn't warranted. So, just like that, a 1,318-yard rusher was gone. It tainted the game, and it made the task of the NU defense much easier. The numbers bore that out: UK had just 65 yards rushing on 22 totes.

SPECIAL TEAMS: C. These were largely a non-factor. Of note, Charlie Kuhbander was one for two on field goals, missing from 43 yards and hitting from 33 yards.