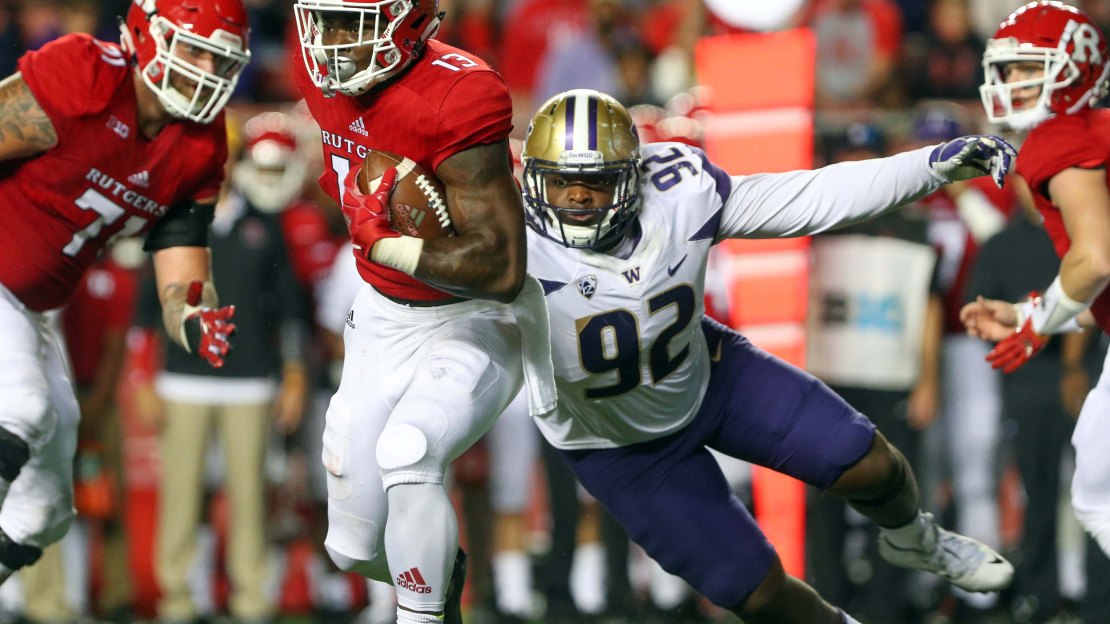 A lot of work remains to be done, especially for an offense which has had eight coordinators in eight years. And it will be nine OCs in nine years with the recent retirement of Jerry Kill. Rutgers ranks 13th in the Big Ten in scoring offense (18.0 ppg) and last in total offense (262.7 ypg). The passing game was abysmal, as the Scarlet Knights averaged a league-low 115.6 yards through the air with a Big Ten-low seven TD passes. The staff started two different signal-callers (senior Kyle Bolin, five starts, and junior Gio Rescigno, seven starts) and played a third (true freshman Johnathan Lewis). No one inspired. The offensive stars? Left tackle Tariq Cole and left guard Dorian Miller were consensus honorable mention All-Big Ten. And running back Gus Edwards was honorable mention by the coaches.

The defense had a bit more success, as RU ranks 11th in the Big Ten in total defense (398.6 ypg) and scoring defense (28.3 ppg). Safety Kiy Hester, linebacker Trevor Morris, cornerback Damon Hayes and nose tackle Sebastian Joseph each earned honorable mention All-Big Ten for a program that hasn't been to a bowl since 2014.

High point: After opening Big Ten play 0-2 with losses at Nebraska and vs. Ohio State, the Scarlet Knights won three of their next four. Rutgers prevailed 35-24 at Illinois and then 14-12 vs. Purdue. Then, after a loss at Michigan, the Scarlet Knights beat Maryland, 31-24. That made Rutgers 4-5 overall and 3-3 in the Big Ten. A bowl game looked like a possibility.

Low point: A 16-13 home loss to Eastern Michigan in the second week of the season bruised the collective ego of the Scarlet Knights. But a three-game losing streak to end the season was a bigger bummer. Rutgers entered that final three-game stretch with a 4-5 record, needing two wins for bowl eligibility. But the Scarlet Knights lost all three, falling at Penn State, at Indiana and vs. Michigan State. During that skid, RU was outscored 116-13.

Offensive MVP: RB Gus Edwards. The Miami (Fla.) grad transfer provided a lift, pacing the team with 713 yards rushing and six TDs. The 6-1, 235-pound Edwards teamed with Robert Martin and Raheem Blackshear to give the Scarlet Knights a nice collection of running backs.

Defensive MVP: SS Kiy Hester. The 6-0, 208-pound junior was a consensus honorable-mention All-Big Ten choice. Hester had 37 tackles with a team-high three interceptions and 10 passes broken up. Kudos to 6-1, 232-pound junior LB Trevor Morris, too, who is No. 2 in the Big Ten with 118 tackles.