Two miles down, Illinois geologists study how the Earth is formed: BTN LiveBIG 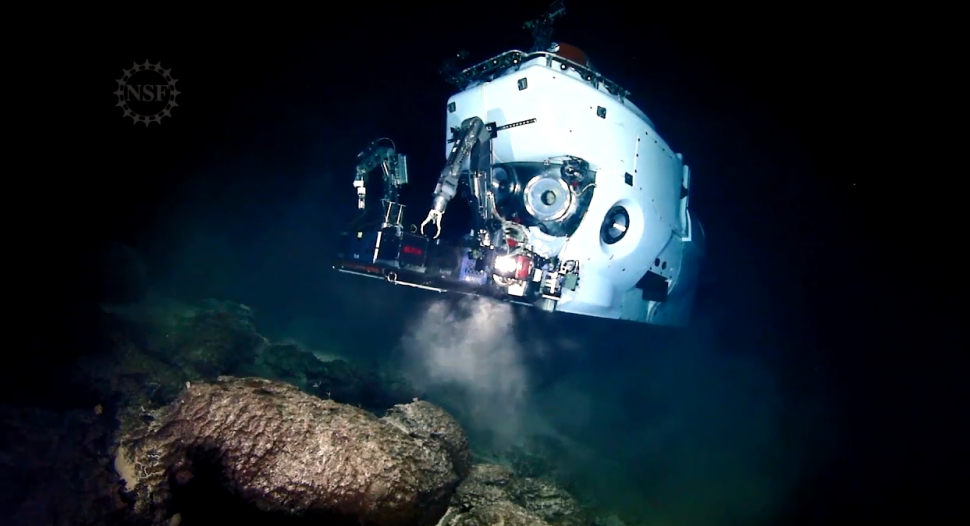 Dr. Patricia Gregg's love of discovery is so buoyant it almost makes you wonder how she made it to the bottom of the ocean.

"It stirs the imagination," says Gregg, of the ocean floor, the vast majority of which she notes has never been explored. "You can see things for the first time that no one else has seen. It's your only opportunity here on Earth to have that experience."

Gregg, an assistant professor of geophysics at the University of Illinois, never really expected to venture to the murky depths two miles below the surface of the Pacific Ocean.

A diehard fanatic of all things rocky, Gregg has spent her career studying submarine volcanism and geodynamics. In her work, she uses detailed data models to track how magma is formed, how it migrates through the mantle and how it forms new volcanoes when it gets to the surface. But there were questions that lingered surrounding the process; questions that could only be answered by direct observation and sampling.

"We know that magma is being generated in the mantle and that is comes to the surface and forms new ocean crust," Gregg notes. "What we don't understand is how the melt gets out, and how it gets out in three dimensions."

With funding from the National Science Foundation, Gregg was able to mount a research expedition to explore volcanic seamounts up close, aboard the R/V Atlantis, a research ship operated by the Woods Hole Oceanographic Institute. Atlantis serves as the mother ship for the world's first deep-sea submersible, ALVIN, which allows researchers to descend to the most extreme of ocean depths.

From the cramped confines of ALVIN, which accommodates two researchers and a pilot within its six-foot, spherical crew compartment, Gregg and her team collected volcanic rock samples from the equatorial region of the East Pacific Rise, a mid-oceanic ridge system located off the coast of South America.

These samples will be used by Gregg to create evermore detailed models that further our understanding of how the planet is constantly being shaped. "The datasets we've created will allow us to actually go back to our [previous] models and test to see if they are true. We're probably going to find out that what we thought is oversimplified and we'll have to reassess how these things work. But it helps get us in the right direction to actually say more about these models than we could have otherwise."

While Gregg's mission - and that of the entire expedition - was firmly rooted in creating a deeper understand of geophysics, she is quick to note how surprised she was by the abundance and diversity of life at the bottom of the ocean.

"I had this misconception that the ocean floor was this vast desert," she says. "What I wasn't prepared for was just how much life there was. And not just the things you know, little fish and crabs, starfish and sea anemones, but things I'd never seen before, like tripod fish. They're these weird little fish with three legs and no eyes. It was just amazing to me as a scientist."

To find out more about Dr. Gregg's expedition, check out her detailed vlog, covering everything from hard science to the joys of life at sea.