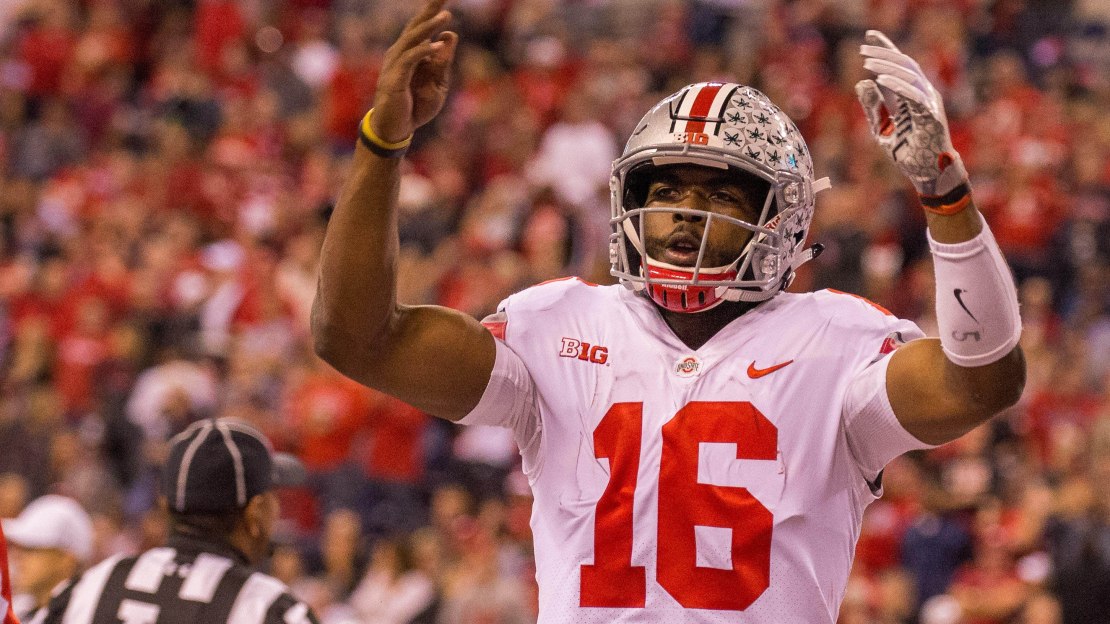 The postseason soon will kick off, with games stretching from San Diego to New York, down to Florida and up and over to Idaho. It's quite a spectacle. The Big Ten will be in eight postseason tilts.

Here is a look at the Best of the Big Ten Bowls.

Coaching matchup: Michigan State's Mark Dantonio vs. Washington State's Mike Leach- Holiday Bowl. These are few coaches who get more from three-star players than these two. Dantonio has made the Spartans one of the Big Ten's bellwether programs over the last decade. Leach first worked his magic to make Texas Tech matter and has done the same at another outpost in Washington State.

Coordinator clash: Wisconsin head coach/OC Paul Chryst vs. Miami DC Manny Diaz – Orange Bowl. I'm eager to watch these two match wits. Chryst is one of the brightest minds in college football who is finally starting to get his dues. Diaz has given teeth to the Hurricane defense and introduced one of the most brilliant gimmicks the game has seen in years: Miami's turnover chain.

Quarterback matchup: Penn State's Trace McSorley vs. Washington's Jake Browning – Fiesta Bowl. McSorley has emerged as one of the top dual-threat signal-callers in the nation and arguably is the most valuable Nittany Lion. He paces the Big Ten with 3,228 yards passing to go with 26 TDs and eight interceptions with 431 yards rushing. Add it up, and he's No. 1 in the league in total offense (304.9 ypg). Browning is a future NFL signal-caller with a big arm and savvy who will be a big test for a talented Penn State secondary. He has 2,544 yards passing with 18 TDs and just five picks, leading UW to the playoff last year. Also, keep an eye on the Cotton Bowl battle between Ohio State's J.T. Barrett and USC's Sam Darnold.

Offense-defense matchup: Penn State offense vs. Washington defense – Fiesta Bowl. Something's go to give in this intriguing matchup. The Nittany Lions are No. 7 in the nation in scoring (41.6 ppg); the Huskies are No. 6 in scoring defense (14.5 ppg). Something to remember: Penn State OC Joe Moorhead has left to coach Mississippi, as assistant Ricky Rahne was promoted to the post.

Bet for an upset: Purdue vs. Arizona – Foster Farms Bowl. How badly do teams want to be in certain bowl? That question often goes a long way in determining who will win. And, no doubt, the Boilermakers are fired up to be bowling for the first time since 2012 in Jeff Brohm's maiden voyage. It will be fun to watch a Wildcat running game led by QB Khalil Tate that is No. 3 in the nation (324.4 ypg) battle a much-improved Purdue defense that allows 133.3 yards rushing to rank 30th with only 10 rushing TDs permitted.

Bet for smash-mouth game: Ohio State vs. USC – Cotton Bowl. Both teams like to pound the rock. The Buckeyes run for 249.4 yards per game to rank No. 15, while the Trojans average 194.9 yards on the ground to rank 36th. OSU is led by the duo of J.K. Dobbins and Mike Weber. Dobbins is a true freshman but has 1,364 yards rushing. A wild card for the Buckeyes is QB J.T. Barrett, a talented runner who should be in better health after late-season knee surgery. The Trojans' workhorse is Ronald Jones III, who is No. 8 in the nation in rushing with 1,486 yards.

Bet for nail-biter: Iowa vs. Boston College – Pinstripe Bowl. Iowa has a gritty reputation to go along with a salty defense that will face a strong Boston College rushing game that is No. 24 in the nation (224.2 ypg). The Eagles are no pushover on defense, allowing just 22.5 ppg to rank 36th in the nation. A Hawkeye offense that has struggled at times to score could have difficulties. Bottom line: This Pinstripe Bowl meeting could come down to the fourth quarter.

Team not bowling: Indiana. The Hoosiers finished 5-7 overall, just missing making the postseason for a third year in a row. IU needed to win its last three games to reach 6-6 ? and came up short, as the Hoosiers dropped their finale at Purdue. Tom Allen has a strong team whose defense is bowl-caliber. It was a spotty offense that kept IU home for the holidays.

Player not bowling: It's a shame we won't get to see Maryland wideout D.J. Moore in the postseason. The 5-11, 215-pound junior earned Big Ten Receiver of the Year honors, setting the school single-season mark with 80 receptions, which led the Big Ten. His 1,033 yards receiving also paced the Big Ten. And Moore did all of this even though Maryland had three starting QBs.