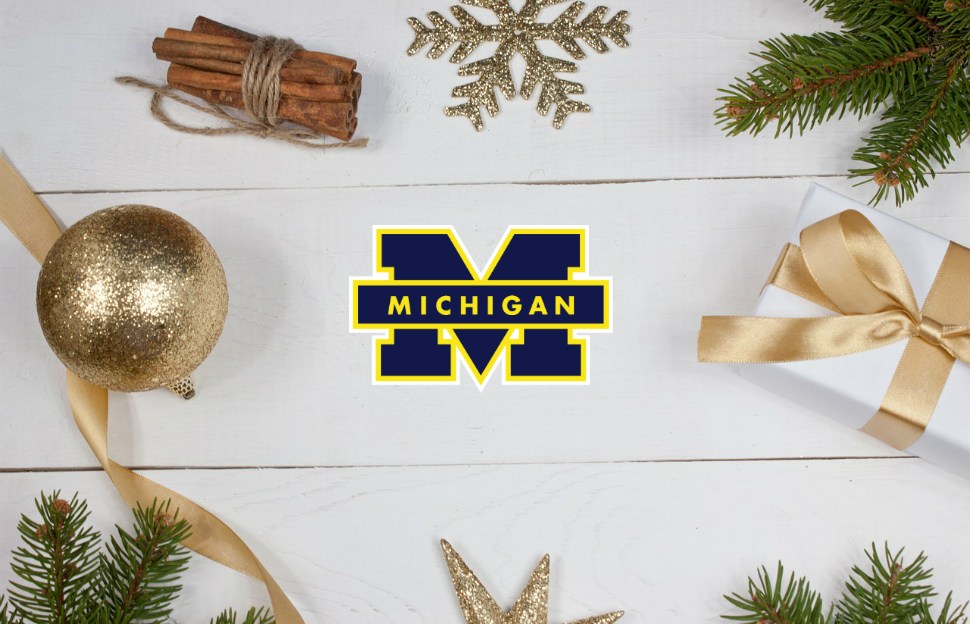 Nutmeg, cloves, ginger, allspice, peppermint. All of these flavors are in high demand during the December holidays, their aromas wafting out of your favorite relative's kitchen as baked goods and warm beverages are baked, poured and consumed. All of which tends to add a few pounds here and there. (We call it our "winter parka.")

Scientific researchers at the University of Michigan's Life Sciences Institute have discovered that another common holiday spice may, in the future, help you stay slim: cinnamon.

Now, before you go all Cinnamon Challenge on us, know that the key here is actually cinnamaldehyde, which is an essential oil that gives common cinnamon its flavor and smell. (And so far it's only been tested on mice.)

Researchers in the lab of Jun Wu, research assistant professor at the LSI, wanted to better understand cinnamaldehyde's action and determine whether it might be protective in humans, too.

"Scientists were finding that this compound affected metabolism," said Wu, who also is an assistant professor of molecular and integrative physiology at the U-M Medical School. "So we wanted to figure out how-what pathway might be involved, what it looked like in mice and what it looked like in human cells."

Wu and the rest of the team found that cinnamon increases your metabolism "by acting directly on fat cells, or adipocytes, inducing them to start burning energy through a process called thermogenesis." Think of thermogenesis as the fat-burning engines in your body. In this case, cinnamon may be the switch that turns them from "Low" to "High."

But scientists at Michigan aren't just figuring out how to slim you down while you enjoy your aunt's famous Cinnamon Sandies. They're also busy trying to keep inflammation in your body from causing disease.

In this case, something called neutrophils are the solution, even though too many of them can cause problems.

"Neutrophils are the first line of defense. They are the most active and the most optimized to mount an inflammatory response," said Omolola Eniola-Adefeso, a professor of chemical engineering and biomedical engineering at U-M, who led the research. "They're the underdogs of white blood cells, and we're seeing that maybe we need to pay more attention to them."

Like Fleming's accidental discovery of penicillin, Eniola-Adefeso was studying the effects of nanoparticles on blood vessels and saw that they kept too much inflammation from forming at the sites of injuries. (Again, mice were involved.)

In mice with acute lung injury, they found that injecting nanoparticles by IV could reduce the number of neutrophils congregating at the injury site by half or more.

If all that weren't enough to finish out Big Blue's year in scientific achievement, Dr. Geeta Mehta in Michigan's engineering department is trying to cure cancer…with cancer.

A team of researchers has devised a process that can grow hundreds of cultured cell masses, called spheroids, from just a few tumor cells derived from a patient. Grown in a U-M-developed structure called a 384-hanging drop array, each spheroid is encased in a tiny droplet of a special culturing medium. This 3-D method yields cells that grow and multiply just as they would inside the body.

Eventually, those spheroids could serve as a testing ground where doctors could quickly try out many different medications, finding the best combination for an individual patient and adjusting on the fly as the disease evolves. This could help them stay one step ahead of the tumor cells inside the patient's body.

Custom cures? There's no greater gift than that. And you know it'll always be the right size.