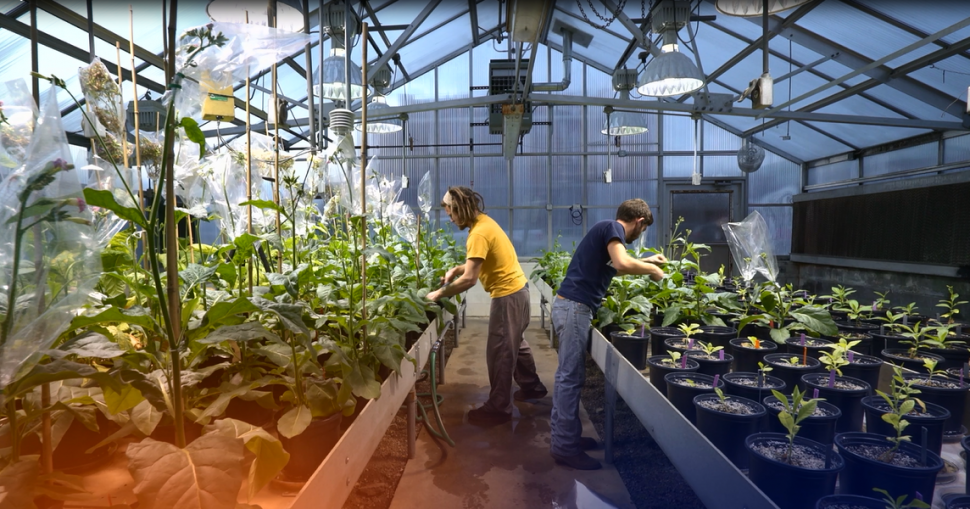 We?ve all heard the expression ?Too much of a good thing can be a bad thing.? It turns out that it?s not just true for humans, but for plants as well.

In this instance we?re talking about sunlight, a necessary component for the growth of all life on Earth, plants in particular. Plants derive their energy from the sun in a process known as photosynthesis, but, when bright sunlight pours down, plants are often inundated with more energy than they can use. This can cause problems for growth.

?When there is too much light, it cannot be processed,? explains Katrzyna Glowacka of the Carl R. Woese Institute for Genomic Biology (IGB) at the University of Illinois. ?The plants have to lose this excess light by releasing it as heat.?

As plants give off heat, the process of photosynthesis is slowed down having a domino effect on other primary biological functions such as water retention and CO2 absorption.

Glowacka and her colleagues at the IGB are currently working on a genetically-modified strain of tobacco - a plant commonly used in biological testing for its rapid growth - that can not only withstand excess light, but thrive in it.

?We found that our plants are twenty percent bigger in comparison to non-modified plants,? says Glowacka.

The modified crops also have a much faster recovery time as their exposure to sunlight changes throughout the day. This means less time spent expending excess energy and more efficient processing of light needed to convert CO2.

The goal for this work is to transfer the findings to staple food crops - potato, cassava, corn, sorghum - to see if crop yields can be improved through this modification. If so, it would be a much-needed boost to the fight against global hunger amidst our growing population.

?We want to put this modification in as many crops as possible, and we?re hoping we can obtain thirty percent bigger yields in these plants,? says Glowacka.