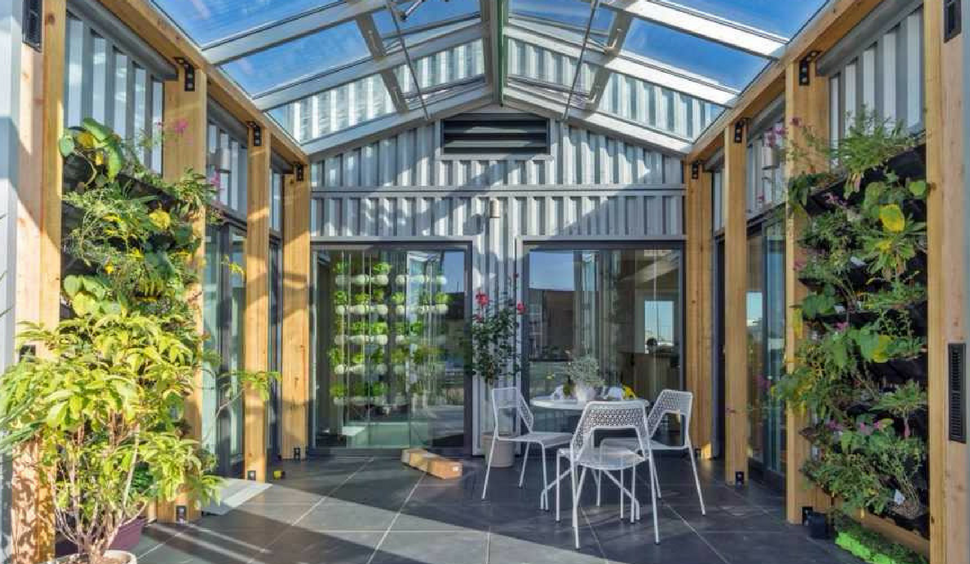 For the past two years, nearly 400 University of Maryland students have worked to build a house.

This wasn?t just any house. The team of students, known as reACT, used creative and innovative techniques to create an energy-efficient, solar-powered home.

The reACT team is a combination of architects, engineers and project managers, who are working together to not just build one house, but to change the development process of the entire housing industry.

In October, reACT earned second place at the U.S. Department of Energy?s Solar Decathlon 2017, held in Denver, placing higher than teams from universities around the country and from as far away as the Netherlands (Northwestern also made the Decathlon's top 10).

The competition asks teams to use those two years to create an energy-efficient home powered by sunlight, while also considering innovation, water re-use, smart energy and market potential. There are also criteria for cost-effective architecture, energy-efficient heating and cooling, occupant health and comfort, and communications.

?Our team always knew that our design was a strong contender in the competition,? said Malik Johnson-Williams, reACT?s deputy project architect. ?We lived by the credo that ?If it was not innovative then it was not worth doing.?

Johnson-Williams says the last few months before the competition were the most arduous. ?There were many moments when morale was low and there were doubts that our efforts would pay off? he said. ?However, after seeing the excitement in a visitor?s eyes as they toured our home on the first day of public tours, as a team we knew that we had made something special.?

The inspiration for the Maryland team?s house came from the Indigenous Knowledge System (IKS), which are the traditions and rituals used by indigenous people.

?IKS refers to the knowledge systems developed by Native communities over thousands of years,? said Angela Stoltz, the team?s student leader for client relations. ?It is based upon learning derived from traditions, cultural practices, and rituals of everyday life that have been the foundation of knowledge for indigenous people.

This system was merged with many modern techniques to make the home energy efficient. The reACT house featured a unique HVAC system that embraces solar power and specific water systems depending on the situation, minimizing waste of the valuable liquid.

?Our aim was to contribute to the thoughtful and respectful integration of indigenous knowledge with scientific data, analysis, and innovation,? said Stoltz. ?So the rich body of IKS can inform science and in turn, science can contribute tools that would allow indigenous communities to make informed decisions.?

Embracing the indigenous system allowed reACT to create a home with Native American principles, but apply them to a contemporary lifestyle.

With the second place finish in the Solar Decathlon, reACT earned a $225,000 prize. But more importantly than the money, the members of the team hope the home they built inspires the entire housing industry. Team members want to be part of a new wave of architects and developers who create homes that benefit the environment and utilize the energy-efficient methods shown in the contest.

?At the Solar Decathlon 2017, we engaged in conversation with people of all ages, from small children to those well into their seventies, around enhancing our way of life while simultaneously attending to the impact we have on our environment,? Stoltz said. Teachers, students, engineers, architects, representatives from solar organizations and locals were all interested in the technologies that are integrated in the design of reACT.?

?The Solar Decathlon showcases that creativity and ingenuity of America?s young professionals,? Johnson-Williams added. ?Each year, teams model the incredible potential within every student to create something world-changing. These kinds of fearless, world changing ideas are exactly what we do as Terps.